Blog > 8 movies that make us want to go to India 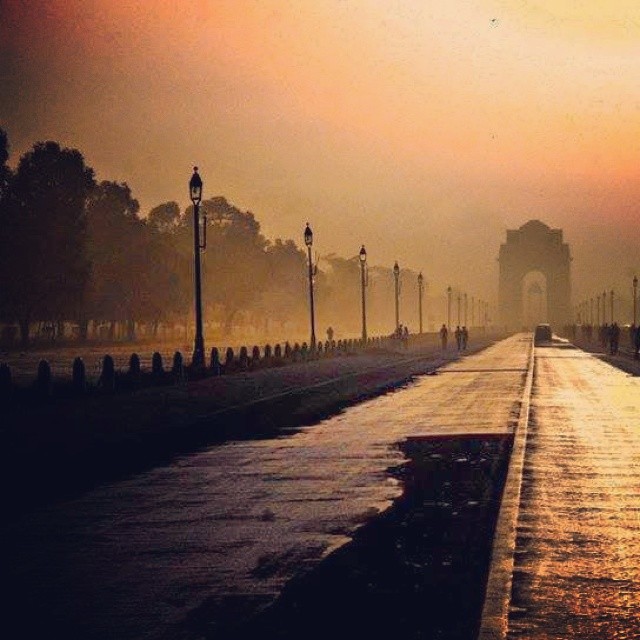 8 movies that make us want to go to India

If you’ve been lucky enough to travel to India, you know it is a cinematic experience even without the cameras rolling. Vibrant, loud, and chaotic, it’s culture in 3D with surround sound!

As if you needed another reason to travel to the beautiful cities of India, here are eight films that don’t need smell-o-vision to have you craving curry!

Monsoon is more than a weather system in India, it is a way of life — “the soul of India.” This visual masterpiece takes you beyond the rains, into the stories of local people whose lives are deeply affected by the annual onslaught. From meteorologists to fisherman, gamblers to Bollywood film stars, their stories provide a poignant reflection on the economic, cultural, and spiritual power of monsoon. Indeed, Canadian filmmaker Sturla Gunnarsson is no stranger to this topic, having directed David Suzuki’s award-winning documentary Forces of Nature. Gunnarsson takes you on a breathtaking journey across India to reveal the connected existence of people who both rely on and fear the effects of this incredible phenomenon.

At once poetic and beautiful, tragic and affecting, this stunning documentary brings India to life in all its romantic chaos and visual beauty. Rather than deterring you, Monsoon leaves you wanting to grab a raincoat and travel to the eye of the storm.

The Lunchbox is serendipity defined. A love story that’s simple, yet powerful, it presents heartbreak and hope in a setting not often seen in Western cinema. Using an average component of everyday life in Mumbai, The Lunchbox familiarises love on the other side of the world. It’s a classic tale of unexpected happiness that arises from a simple mishap, or, to put it in the words of the film, the notion that “sometimes the wrong train will get you to the right station.”

For those of us who sit in the less sentimental train car, The Lunchbox still has something for you, as at its core, it taps into one of the more fascinating parts of life in India. The country is often lauded for its brilliant and enticing cuisine, which plays a central role in The Lunchbox, but ultimately it comes down to yet another vessel — although unlike the train, this isn’t a metaphor. The entire story exists because of the lunchboxes of Mumbai, delivered by the legendary dabbawallahs, who manage to ferry around millions of lunchboxes from homes to workplaces and back again with remarkably few errors. The whole service system is mesmerising (it could easily be its own film!), and watching its precise, yet graceful movements throughout the film will engage and inspire you to understand it, and how it fits within Indian culture as a whole.

India gets the Wes Anderson treatment in this dramedy about family and the ties that bond them. In true Anderson style, The Darjeeling Limited is rich in visuals and sorrowful humour, as three brothers face the wonderful blunders of travellers in a foreign land. Starring indie darlings Owen Wilson, Adrien Brody, and Jason Schwartzman, this film does not disappoint in providing the beautiful sense of place that one comes to expect from movies set in India. Indeed, it provides the perfect backdrop and sitar-filled soundtrack for a train journey that will have you longing for life on the rails!

Colourful, funny, and romantic, Monsoon Wedding is the perfect way to experience Bollywood without the subtitles! The story is spun around a family as they receive relatives from around the world for the ultimate Indian wedding. Although universal in theme with the inherent drama of family dynamics, the Indian culture provides an exuberant flair for comedy and fun! Delhi is the perfect setting for this energetic film, providing the thematic backdrop of a young-meets-old, modern-meets-ancient cultural narrative.

Optimistic, exotic, and full of Indian flavour, this ensemble flick is a must-see for a glimpse into modern-day India and offers an Indian wedding invitation that some of us may never be lucky enough to receive!

Delhi Food Walk
Go beyond the cliched curry and try some authentic Indian bites on this Delhi tour. From homemade ice cream to fruit beer and dumplings, Delhi’s food scene is thriving and surprising.

Culture Vulture Delhi
As far as Delhi tours go, this one covers all the cultural bases. Learn about Gandhi’s life and influence, get a slice of the street food action, explore Hinduism at a local temple, and cup some hot chai in your hands.

Slumdog Millionaire is the ultimate rags-to-riches tale of an orphan with the once-in-a-lifetime chance to change his future. From the slums of Mumbai to the hot seat on India’s “Who Wants To Be A Millionaire?”, this film has the romantic storytelling of a Bollywood film layered with the drama and intrigue of Hollywood. It’s no wonder it charmed the critics into eight Oscar wins!

Acclaimed director Danny Boyle (of another travellers’ fave, The Beach), puts Mumbai front and centre as the action weaves through its overcrowded streets and comments on the vast gulf between rich and poor. All and all, Slumdog Millionaire is a feel-good film; uplifting and empowering enough to leave you feeling up to the challenge of conquering India’s most populated city!

Life of Pi is the allegorical tale of man, beast, and the will to survive. On the surface, it is the story of a young man’s incredible journey at sea with the most unlikely companion, a Bengal tiger named Richard Parker. Its incredible special effects bring to life the fearsome power of the Pacific Ocean and India’s wildest creatures. But at its depths, we find beautiful character motifs of both desperation and hope, and metaphorical storytelling in its spiritual themes and fantastical visual style.

As the credits roll, this film has you reflecting on the limitless possibilities of interpretation and no doubt debating its true meaning with your popcorn companions.

As dated and cheesy as it is, you can’t help but be charmed by this James Bond classic and its nostalgic formula for action, adventure, and groan-inducing one-liners. Starring Sir Roger Moore as the martini-loving 007, Octopussy serves up everything you’d expect of the 13th Bond film: mystery, lust, and revenge!

A fake Fabergé egg leads Bond on a wild goose chase (pun intended) that takes him aboard a wild circus train and inside Udaipur’s lavish Lake Palace, that serves as Octopussy’s mysterious lair full of exotic saried women determined to seduce the British agent.

The Best Exotic Marigold Hotel follows the journey of six retirees on their first trip to India. From the initial culture shock to deeper understanding, the film shows the true experience of falling in love with the Indian culture, and a little love and loss thrown in for good measure!

Given the demographic of name-brand stars in this movie (Judy Dench and Bill Nighy to name a few), most people under the age of 50 wouldn’t take a chance on The Best Exotic Marigold Hotel. But trust us, no matter how old you are, the experience of overcoming culture shock proves equally relatable and this film resonates perfectly. We guarantee you’ll be looking for flights to India as the credits roll!