Blog > The art of pottery in Mallorca 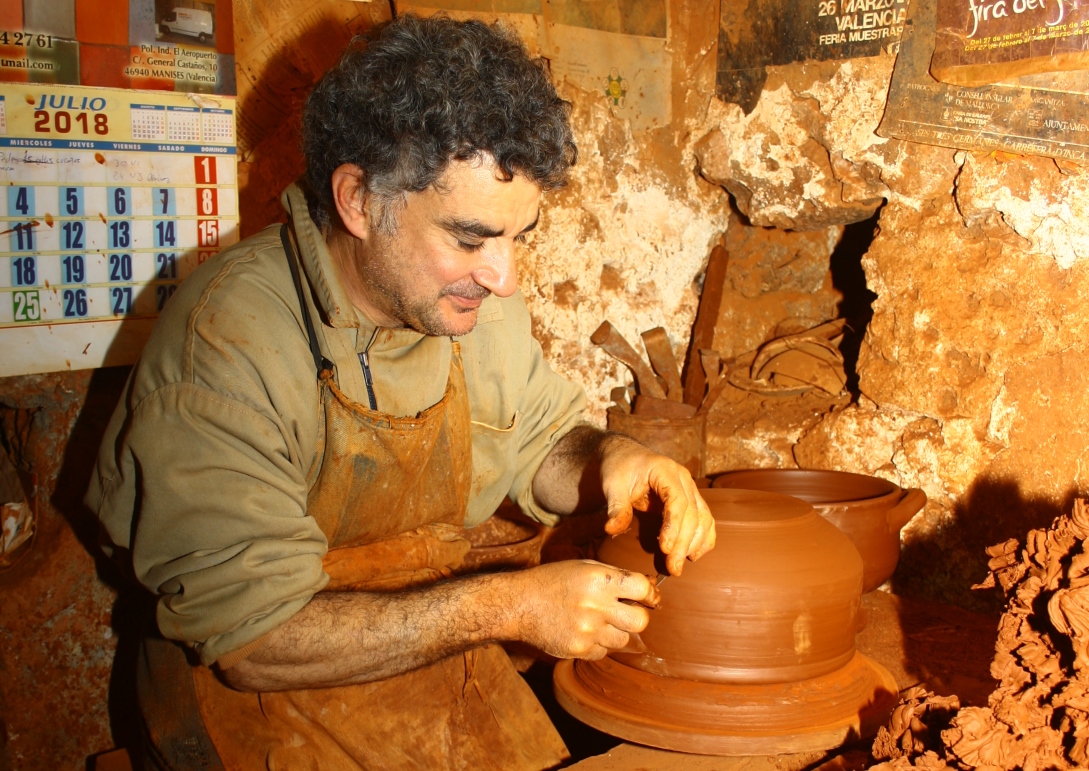 The art of pottery in Mallorca

Although pottery and ceramics are a world still to be discovered by many visitors that come to Mallorca, pottery has been linked to the tradition and craftsmanship of the island since ancient times. Products made with clay are still a faithful representation of the gastronomy, culture, and life of Mallorca among locals.

Origin and history of the clay tradition

Marratxí, located north of Palma, rises proudly as the land of mud, and this centuries-old tradition handed down from generation to generation remains alive. Pòrtol is the nucleus where most of the pottery workshops of the island are concentrated, pottery which continues to be manufactured in an artisan way with unique pieces of ceramics being produced here.

Portol had a great tradition of pottery dating back to the late 17th century when there was evidence of several pottery workshops (olleries in Catalan). The end of the 19th century and the beginning of the 20th were the most splendid. By then, the town had more than twenty potteries. However, in the 1960s the number decreased to the current nine from Pòrtol and two from Sa Cabaneta. The red land found in Pòrtol attracted the potters, who settled there. The soil is ideal for making for pots and other utensils that have made Pòrtol the only place in Mallorca where this type of ceramic is produced for the kitchen.

To make a piece, the pottery artisan (oller in Catalan) places a ball of clay on top of a lathe, giving it the desired shape with the aid of a trowel. Once it is finished, it is removed with the help of a wire. Handles are added depending on the piece, and then the piece is left to dry. When dry, it gets varnished and then a final firing in the oven before being left to cool.

Thanks to this beautiful craft handed down from parents to children in Mallorca, we can still enjoy our own local pottery today, from table décor to cooking vessels.

Types of pottery products in Mallorca

Greixoneres: The greixonera is a round, low, and wide pot used to cook food in the fire or in the oven. They are still used to cook many traditional Mallorcan dishes today.

Siurell:The siurell is a small clay figurine on a pedestal to which a whistle is attached, which gives the toy-instrument its name.

Instruments: Although it seems incredible, with clay you can also create instruments. For example, la ximbomba consists of a cylinder made from clay, typically used in Christmas celebrations. While the ocarina has a great tradition on the island of Mallorca with the first reference of this instrument dating back to 1879.

Other items: There are an endless variety of products made with mud: tiles, teapots, bottles, dishes for olives, tortilla-flippers, piggy banks, thimbles, plates, glasses, platters, and decorations.

Where to learn more about Mallorcan pottery

In Marratxí, Terra de Fang (Land of Clay), provides a space dedicated to mallorcan culture, identity, and tradition. Since the Neolithic times, ceramics have been part of the evolution of the people, and its appearance was a revolutionary change in the improvement of the quality of life of our ancestors.

The Museu del Fang showcases the wealth of techniques, forms, and functions that cultures have given to ceramic pieces throughout history. The museum initially focuses its interest on the traditional pottery of Mallorca, and specifically on the clay pottery of Marratxí. Currently, some of these pieces are in disuse, have disappeared, or are in danger of disappearing. For this reason, it is important to show and preserve them.