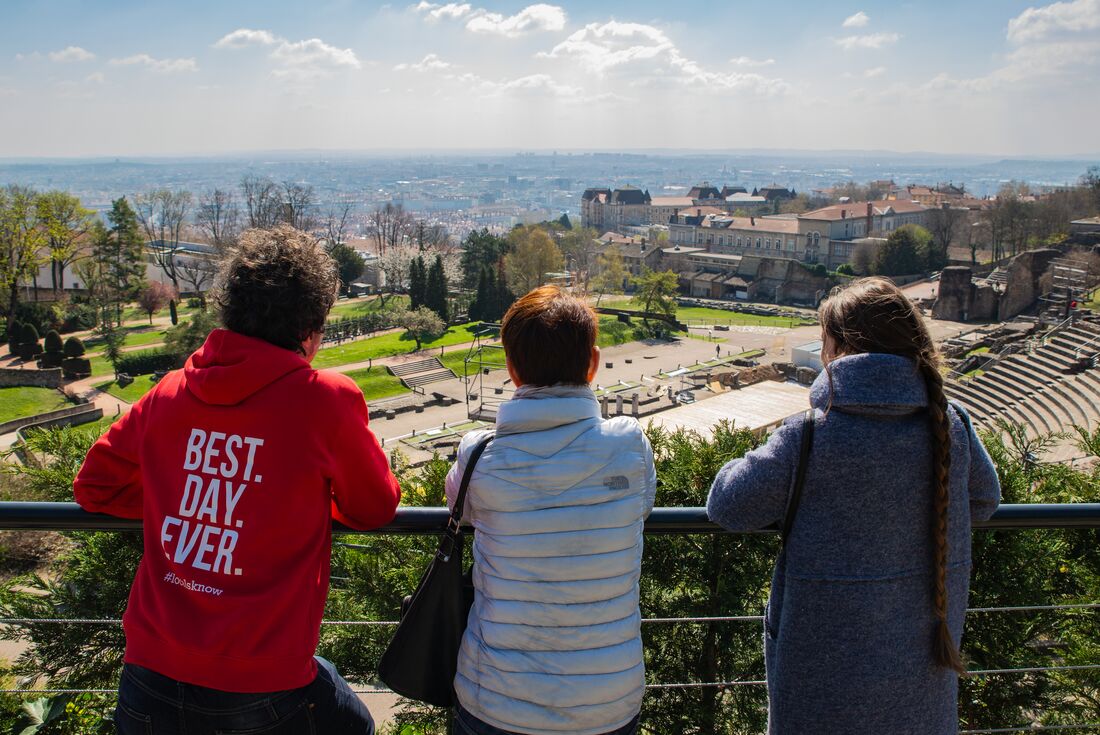 The complete guide to: Lyon travel

Lyon is France’s third largest city and is considered the gastronomic and historical capital of the country. Lyon offers many Roman, Medieval and Renaissance experiences since it was founded by the Romans and has many well-preserved historical areas. It is also the birthplace of cinema. Lyon is a vibrant metropolis which is more and more open to the world, with an increasing number of students and international events. If you happen to be planning a trip (and you should), our local guides have you covered for everything you need before and during your visit.

Getting to and from LYS

Lyon-Saint Exupéry Airport is just over 20 miles away from Lyon city centre. There is no direct bus, tram or metro, but you have options for getting to and from the airport.

Rhonexpress is the direct shuttle service from the airport to the city center that goes between Lyon-Saint Exupéry Airport and Lyon’s Part-Dieu train station. The shuttle runs every 15 minutes and will take around 30 minutes. Full-price tickets cost €16.10 (one way) and €27.80 (return), with cheaper rates if you buy online or are under 25. Children under 12 travel free. Tickets can be purchased online, from machines at the airport/tram stops, or from the on-board conductor (€4 fee). The machines and conductor accept all major bank cards and cash (euros).

When travelling with large suitcases, taxis are the best option. A taxi between the airport and the city centre can cost anywhere between €50-€100, based on the time of day and if you book in advance. As with any major city, using taxis in Lyon can be very convenient but comes at a price. The fare starts at €2 with the price per kilometre depending on the time of day.

BlaBlaCar is a mobile app-based carpooling service. As Lyon airport is a popular destination, there are dozens of journeys offered every day, costing €3-6. This is a great way to meet locals/other travellers, if only for a short time. Journey times can vary between 30 minutes to over 1 hour. Be sure to factor this into your schedule. It is the driver who decides the departure time and pick-up place, so book early to avoid any issues.

Shuttle services can offer a cheaper alternative to the official channels, and a more reliable alternative to BlaBlaCar. They usually operate between the airport and ZI Meyzieu, a suburb of Lyon which is connected to the city centre by the T3 tram. One example is Navette Airport which charges around €8/€13 for a single/return trip (not including the ticket for the tram) and must be booked online in advance. The journey will take approximately 10 minutes, and then a further 30 minutes for the tram to the city centre. 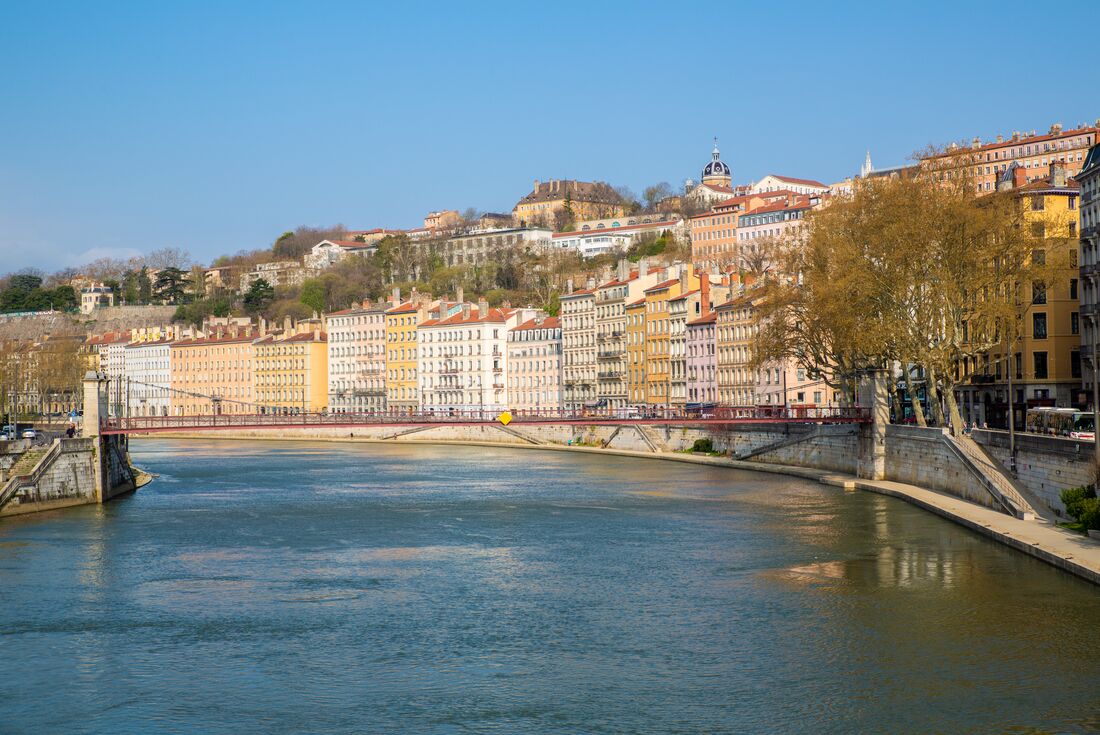 Lyon’s public transport network, ran by TCL, consists of 4 metro lines, 5 tram lines, 2 funicular railways and over a hundred bus routes. A single ticket costs €1.90 and can be used for any mode of public transport. It lasts for one hour and you can change as many times as you want within this hour. However, you must validate your ticket every time you board a new bus/tram. You can purchase tickets from the machines found at all metro/tram stations and major bus stops. Look out for the little flags in the bottom right-hand corner of the screen to change the language to English. Bus drivers also sell single-journey tickets, but they cost €2 and will hold up the queue, so best avoid it. Remember also that public transport is free with the Lyon City Card.

TCL has a fantastic mobile app available for iPhone and Android phones. It features an interactive map and journey planner, allowing you to easily find your way around. Also, feel free to ask any of the TCL representatives often posted in the main tourist areas, who will be able to point you in the right direction.

Lyon has over 180 miles of cycling paths, making biking a great way to get around the city. Recognisable by their distinctive red mud guards, the bikes can be rented at any one of the almost 350 stations. A day ticket costs €1.50 with the first 30 minutes of each journey free. If after 30 minutes you have not returned the bike, then you will be charged for each consecutive 30 minutes. Simply return the bike and hire it again to reset the counter. If you have purchased the 3-day Lyon City Card, you can get three days’ rental for only €3.

Lyon is ideal to visit on foot because all the major Lyon attractions are close to each other. Lyon is an overall safe city since the police force are highly-effective. Tourists are sometimes targets for pickpockets, but any real security problems in the Lyon centre are rare. Tourist should pay attention on Rue St. Catherine which is famous for having many drunk people on the street. Because Lyon gets very hot in the summer, bring a hat or sunscreen. And as there are 2 rivers that flow through the city, these will help if you do a boat tour!

A fun alternative to the public transport system is the Vaporetto. This boat shuttle service is managed by the Confluence shopping centre and operates along the Saône river between the Vieux-Lyon (old district) and the trendy Confluence area. There is also a stop at Place Bellecour. A one-way journey costs €2 (tickets purchased on board) and takes around 30 minutes. It runs every day from 9.30am to 9.30pm, from March to December. 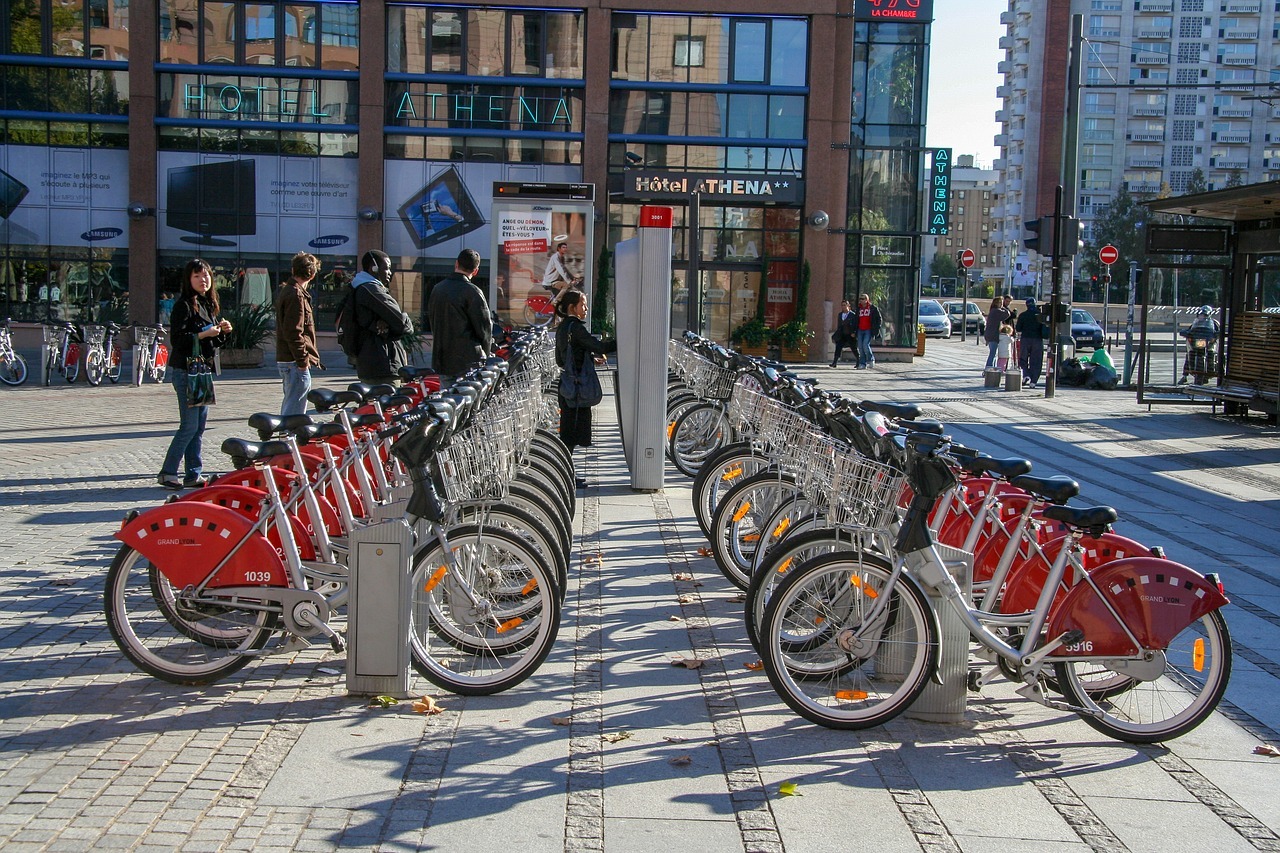 Bikes are a cheap and environmentally friendly way to see the city and they allow you to cover more ground, so you'll see more sights too! | Photo credit: Pixabay

Things to do in Lyon

For art and culture lovers there’s the beautiful Museum of Fine Arts right next to the Hôtel de Ville, and the chic and quirky Museum of Contemporary Art beside the stunning expanse of the Parc de la Tête d’Or. As for kids, the very cool Musée Cinéma et Miniature in Saint Jean is a great option, which covers the fascinating work of film special effects and the art of miniatures in one museum.

Considering the fact that Lyon is known as the gastronomic capital of France, foodies will want to make a beeline for Les Halles de Lyon Paul Bocuse, an indoor food market home to nearly five-dozen stalls selling a wide range of French and Lyonnaise specialties, from meats and cheeses (oh, the glorious cheeses), to pastries and local wine.

For peace and tranquility, head over to the Parc de la Tête d’Or. This large park with lake, zoo and botanical gardens is a fun place to spend a quiet afternoon. Stop at nearby Eggs Aequo for a delicious brunch first.

Lyon has some exciting festivals that draw people from all over the world. La Fête des Lumières draws perhaps the biggest crowds when Lyon becomes a spectacular festival of lights for four days every year around the 8th of December when the best light artists present over 70 creations.

Les Nuits de Fourvière is devoted to the arts of the stage, and has brought a variety of disciplines together since 1946: theatre, music, dance, opera, circus, cinema, etc. Every summer, in June and July, the festival presents around 60 performances in the Gallo-Roman theatres of Fourvière for over 130,000 spectators.

The Lumière Film Festival is an annual film festival held each October since 2009. The festival is named in honour of the Lumière Brothers, who invented cinematography in Lyon in 1895, and is organized by the Institut Lumière. The festival focuses on the history of cinema with the line-up is dedicated to the works of the past through restored prints, retrospectives and tributes. If you can’t make it to the festival, check out the Lumiere Museum instead, open all year round. 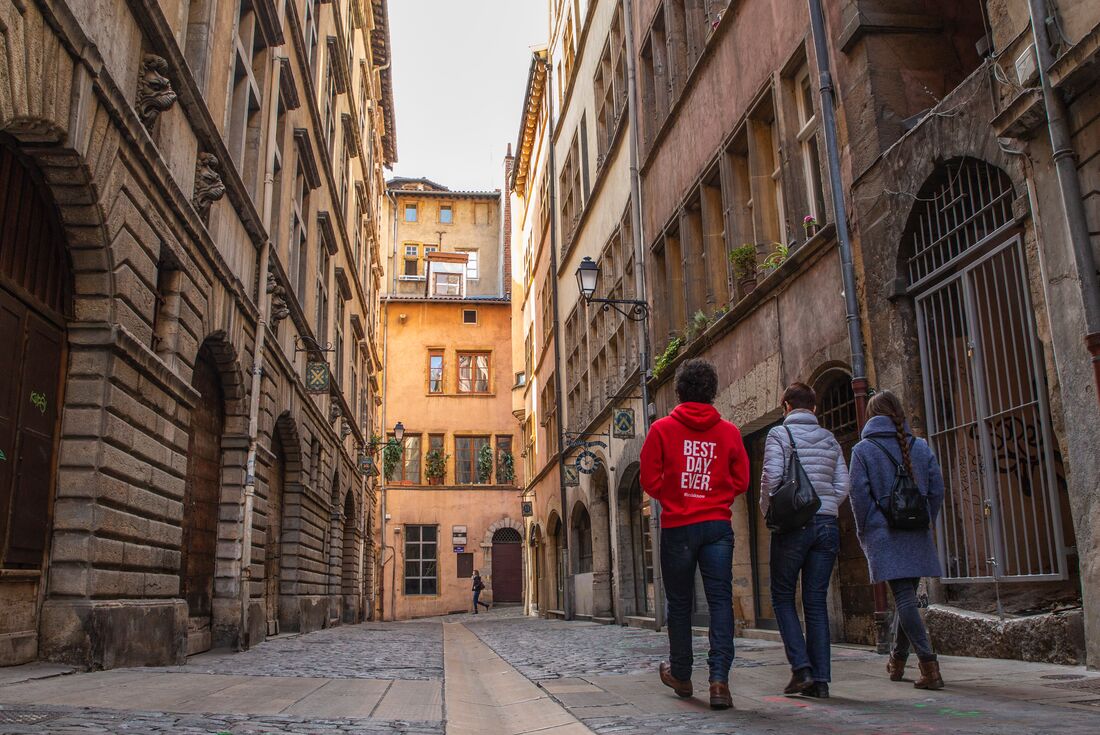 Exiting the Factory (1895) is a French short black-and-white silent documentary film directed and produced by Louis Lumière. It is referred to as the first real motion picture ever made.

The Clockmaker of St Paul (1974) was entered into the 24th Berlin International Film Festival where it won the Silver Bear. As for the plot, respected professionally and socially, the widowed watchmaker Michel Descombes lives peacefully over his shop in St Paul in the old quarter of Lyon until he finds out one day that his son has become a murderer.

Before or during your visit to Lyon, take a listen to Jean Michel Jarre, a pioneer in the electronic, ambient and new-age genres, and known for organising outdoor spectacles featuring his music, vast laser displays, and fireworks.

Le Petit Prince (1943) is one of the bestselling and most translated book ever published, written by Antoine de Saint Exupéry who was born in Lyon in 1900. The main Airport of Lyon has been named after him.