Blog > Things to do in: Amritsar 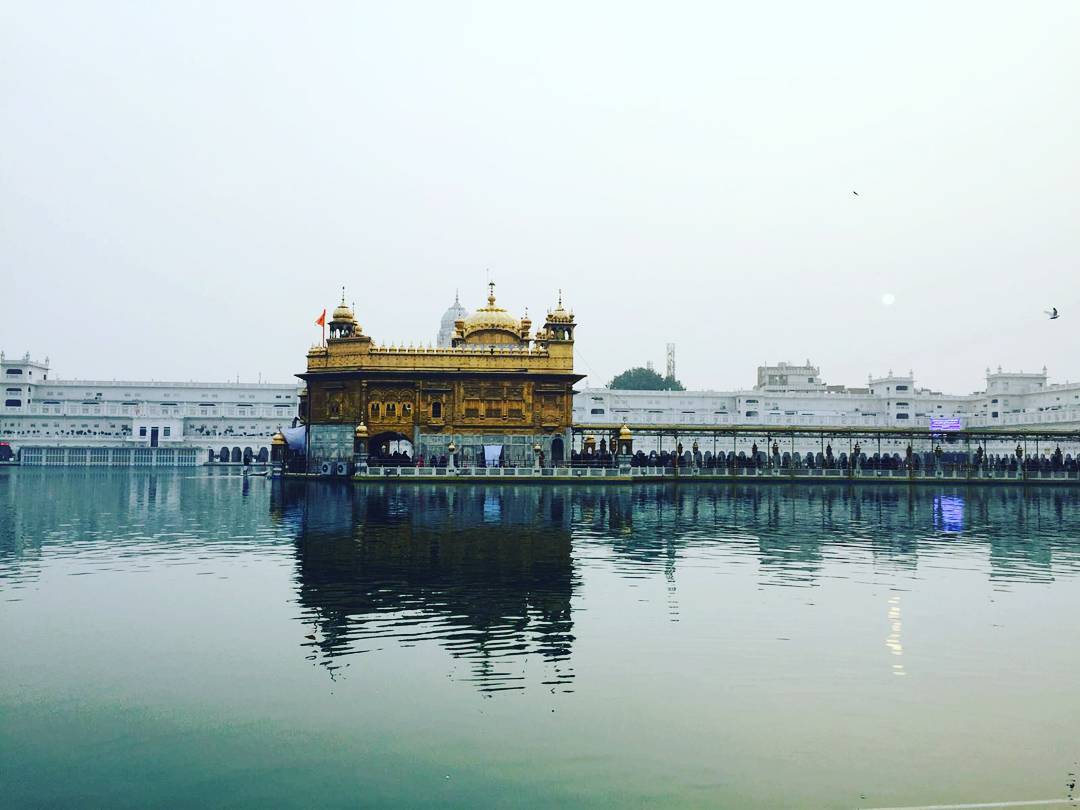 Things to do in: Amritsar

Urban Adventures
Amritsar
Asia
India
Things To Do In

When you think about India, it’s places like Goa, Mumbai, Delhi, and Agra that get the bulk of the attention. That’s with good reason, but it doesn’t mean there aren’t myriad other destinations worthy of your travel time. Case in point: Amritsar. Situated in northwestern India in the state of Punjab, this culturally rich city has a lot to offer the curious traveller. From awe-inspiring temples to flavourful food and the chance to scour bazaars for unique souvenirs, Amritsar shouldn’t be overlooked. Wondering why? Check out five of the best things to see and do in this Indian city.

The most important thing to do in town is see the Golden Temple, of course

Be awed by the Golden Temple

Amritsar’s Golden Temple (officially known as the Harmandir Sahib) is the most sacred Sikh temple in the world and a pilgrimage site for Sikhs around the globe. The shimmering shrine is known as a symbol of brotherhood and welcomes everyone, regardless of race, class, religion, or caste, symbolised by the temple’s four entrances. The gleaming marble and gold structure sits on what’s known as a sarovar (or tank) filled with holy water said to have healing powers. A marble pathway surrounds the reflective pool and walking around it makes for a good way to see the temple.

The Golden Temple is also home to the world’s largest community kitchen, which serves 100,000 people a day — all for free. All the food, doled out by volunteers, is vegetarian and the kitchen never closes — so no one ever goes hungry. Visitors, whether they are Sikh or not, can stay at the temple for free although donations are expected.

This museum centres around the man known as the “Lion of Punjab,” also known as Maharaja Ranjit Singh who founded the Sikh empire. For anyone interested in learning about Sikh culture and history, this is one of the best places to do it. What is now the museum was originally the summer palace of Maharaja Ranjit Singh and houses artifacts owned by the Maharaja, including weapons, coins, armour, and paintings. One of the main attractions here is a massive panorama depicting the Maharaja’s major battles, complete with sound effects and 3D depictions.

Wagah lies between Amritsar in India and Lahore in Pakistan and it’s on this border that an unforgettable ceremony takes place every day involving both countries. The border at Wagah is the only road border crossing accessible from both India and Pakistan. The ceremony, also referred to as “lowering of the flags,” began in 1959 and begins each day at sunset, lasting close to an hour. Before the border gates are closed and each nation’s flags lowered, security forces on each side perform the highly choreographed parade. The daily ritual is extremely popular so aim to arrive an hour or more before everything gets rolling.

Shop till you drop

The many bazaars of Amritsar make it easy to stock up on souvenirs and local goods. No matter what you’re looking for, from carpets to clothing, you’re likely to come across it as you peruse stalls upon stalls of items up for grabs. Hall Bazaar is one of the busiest in the city and somewhere you can shop for a wide range of items, including housewares, books, local crafts, handmade woolen blankets and shawls, silver jewellery, and more. If you get hungry, there’s an array of food stalls to choose from. As you browse your way through Amritsar, one thing in particular to keep an eye out for is beautiful Phulkari, colourful embroidery produced exclusively in the state of Punjab. Guru Bazaar is a good place to look if you’re interested.

Explore the state of Punjab

If you have time to venture further afield, the state of Punjab is home to some of India’s most beautiful villages. Cities have their appeal, but getting a look at the more rural side of life can also be a pretty rewarding travel experience, as well as an educational one. As you explore, you’re likely to see farms, mustard fields, mud houses, roadside markets, and tractors plowing fields. Heading out into the Punjabi countryside also makes for a relaxing break from the more hectic experience of hanging out in the city.