Blog > Things to do in Budapest in July 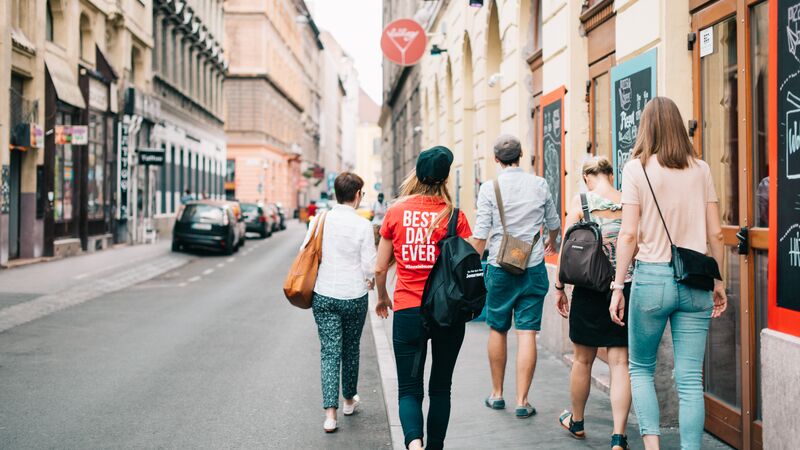 Things to do in Budapest in July

Livia Szivos
Budapest
Destinations
Europe
Hungary
Things To Do In

Heading to beautiful Budapest this summer? With music, festivals and cultural events galore, you’re in for a treat!  Get clued up on the best events in Budapest this July with all the inside information from our local guides!  #localsknow

Take a trip down memory lane with the one-and-only Sting and his ‘My Songs’ tour.  Bring your best singing voice and join in with Sting’s best-loved songs including Every Breath You Take, Englishman in New York, Roxanne, Message In A Bottle… we could go on! Tickets for this gig on 2 July at Papp László Sportaréna are selling fast – buy yours here!

Jared Leto’s American rock band, Thirty Seconds to Mars will perform their eclectic mix of progressive rock, indie and electronic music at Budapest Park on 23 July. This band is famous for their energetic performances and we’re sure the atmosphere will be out of this world – tickets are available here!

Don’t miss your golden opportunity to see Iggy Pop (aka the Godfather of Punk!) in his first headline show in 25 years! Rock out with the musical maverick to anthems like Lust for Life and Real Wild Child on 24 July at Budapest Park.  Buy tickets here!

For a different musical note, try the Vajdahunyadvár Summer Festival

Prefer symphonies to Sting?  No problem!  The Vajdahunyadvár Summer Festival honours a range of genres, including classical, swing, klezmer and the much-loved traditional Hungarian gypsy music.   Concerts take place in the courtyard of Vajdahunyad Castle, a stunning historical monument in the heart of City Park.  Go along and we’re sure you’ll agree this is the ideal venue for a summer evening of music.  Performances take place from 8.30pm on Monday’s and Thursday’s throughout July. Find out more about the program and buy tickets here!

Catch a captivating exhibition at the Capa Center

Visit the Life in Color exhibition for a fascinating insight into the life of Jacques Henri Lartigue.  This French painter became a world-famous photographer at the grand old age of 69, following a successful solo exhibition at the Museum of Modern Art in New York.  As a young boy, Lartigue started a visual diary capturing ‘the bright side of life’ and Life in Color is an enchanting collection of these images showing his journey through the years. Visit the exhibition throughout July at the Capa Center, 1065 Budapest, Nagymező u. 8

The Robert Capa exhibition: an ode to Hungary’s most famous photojournalist

See a showcase of iconic images captured by Budapest-born Endre Ernő Friedmann, who was later known as Robert Capa and dubbed ‘the greatest war photographer in the world’.  As a visionary, photographer and journalist, Capa risked his life to capture images directly from the battlefield and later co-founded the Magnum Photos agency with a group of fellow photography pioneers.  Featuring images from Trotsky’s 1932 ‘In Defence of October’ speech to a picture exposed in Vietnam during the Indochina War (where Capa tragically lost his life) this extraordinary exhibition is open throughout July at the Capa Center, 1065 Budapest, Nagymező u. 8

Urban Adventures and New York Times Journeys have teamed up to co-curate this must-do tour: Trends and Flavors of Bohemian Budapest

Delve deeper into the world of Robert Capa and explore the streets of Budapest through his eyes on our New York Times Budapest tour! Taste prized meat from the Mangalica hog, discover the booming craft beer scene (including samples of some of the great beers on offer!) and sip a cocktail at the St. Andrea Sky Bar while you admire a dazzling birds-eye view of this picturesque city.

While same-sex unregistered co-habitation in Budapest was legalised in 1996 and same-sex civil union has been recognised since 2009, same-sex marriage was sadly prohibited by the Constitution of Hungary in 2011.  Budapest Pride offers a fantastic chance to have fun and celebrate diversity while making a stand against the important issues faced by the LGBTQ+ community.

The jewel in the crown of this sparkling annual celebration is the colourful Pride March which snakes its way through the streets of the city, departing on 6 July from Kossuth Lajos tér.  After the march, join in with the frivolities at the alfresco Rainbow Party in Budapest Park – with top DJ’s and live music, this is a party you won’t want to miss!

Find out more and buy your tickets for this glittering event here!

On weekends throughout July, the iconic Szabadság Híd (Liberty Bridge) becomes a pedestrian zone, offering you a perfect chance to mix with the locals!  Music, dancing, theatre, literature, art and sports are all on offer so there’s something here for everyone to enjoy!  And best of all?  The organisers insist that at (and on!) Szabihíd (the name of the event and a nickname for the bridge!) you won’t be able to buy anything – their goal is to create a safe environment in a premium location for street performances and activities, not to make money or throw a fancy party.  Run by the volunteers of Valyo (the City and River Association), this non-political event hopes to reassign this iconic public space to the local people.  Join in with the fun on weekends between 6 July and 28 July – find out more here!