Blog > Things to do in: Heraklion, Crete 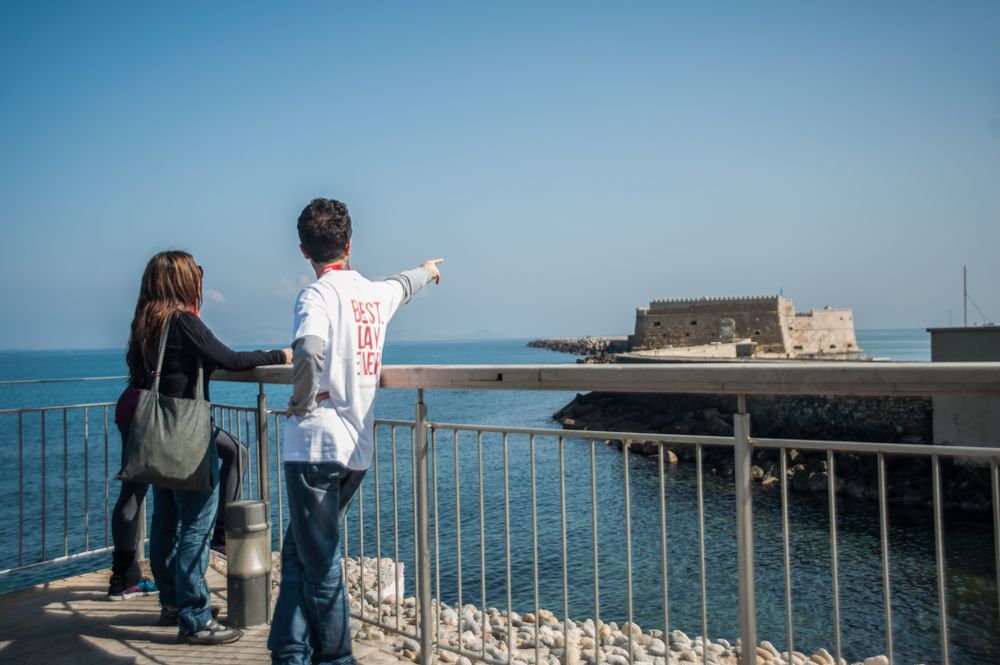 Things to do in: Heraklion, Crete

Rebecca Skevaki
Crete
Europe
Greece
Things To Do In

The main port of the island of Crete, Heraklion is a city that many travellers pass through quickly, either to visit the Palace of Knossos just outside the city, or to head to the beach resorts along the northern coast. But the city itself is worth exploring, and despite the hordes of tourists passing through, there is plenty of local culture to be found if you know where to look. Here are some of their picks for the best things to see and do in Heraklion.

Go for a stroll or bike ride along the waterfront

From the Koule, the Venetian fortress of the old harbour, to the Pancretan court grounds, there’s a pedestrian and bike path surrounded by parks and playgrounds — perfect for meeting all the needs of an afternoon stroll. The route is perfect for a DIY sightseeing adventure, as you will stumble upon some of the city’s attractions such as the Church of St. Peter and Paul, the Historical Museum Square with the Historical and Folklore Museum of Crete, and the Natural History Museum.

Our advice is to do this in the late afternoon, as the view is amazing when the sun sets. Finish off with dinner or drinks in one of the many cafés and restaurants located across the road.

Do as the locals do and watch the sunset from the waterfront, then grab dinner out | Photo by Crete Urban Adventures

The Natural History Museum of Crete (NHMC) is a must-see, especially if you’re travelling with children. Inside the five-floor building, you can explore the different ecosystems of the island’s unique climate and see some of the animals that thrived here both in the past and today. Apart from the awesome collection of dinosaurs, there are small-scale aquariums and terrariums housing living animals that can be found in the eastern Mediterranean region.

On the second level you’ll find an interactive exhibition about earthquakes, volcanoes, tsunamis and other natural disasters. There’s also an earthquake simulator, which will enable you to semi-experience some of the biggest earthquakes in history. The exhibit is intended to raise awareness about the dangers of earthquakes, and how to be prepared.

Children will love the Stavros Niarchos Discovery Centre, which is specifically designed for children under the age of 15.

Walk on the fortification walls

The Venetian walls that surround the old town of Heraklion are the best place to walk if you want city views. They’re an excellent example of the fortification architecture of the 16th century and the largest fortification work of the Mediterranean.

You can reach the top by climbing the stairs next to the New Gate. On your left you will see the low square that has been transformed into M. Chatzidakis Theatre, where summer performances take place. You’ll also view a pine park and the tomb of the great Cretan writer Nikos Kazantzakis, at the Martinengo Basin. From here you can gaze at Giouchta’s Mountain in the distance, the city of Heraklion and the waterfront.

If you are a fan of Kazantzakis, you can also visit the Kazantzakis Museum, which is located in Varvaroi, approximately 20 kilometres south of Heraklion.

Wander the narrow streets of the infamous Lakkos

Lakkos was the notorious neighborhood of Heraklion in the first decades of the 20th century. It was the district of prostitutes and massive drug use, and a hub of scandalous entertainment that shook the upper echelons of society of the time. It was the red light district until WWII, when the Germans moved the working girls to a central hotel. After that, the neighbourhood went into decline.

Nowadays, there are few signs of its history as a party district, although it still remains rough around the edges. You’ll find low-income housing in the form of homes with low ceilings and small courtyards. Laundry hangs in the cobbled streets, shops are closed and faded signs line the streets. Even so, Lakkos holds its own charm, and is slowly transforming itself. The main road that passes in front of St. Matthew and the surrounding narrow streets have recently been renovated. The gentrification of the area, with new blocks of flats rising next to old housing, and the grandeur of the new Cultural and Congress Centre, have brought new life to this corner of the city. It’s worth walking around the neighbourhood, getting lost in its steets and having a coffee in the main square. 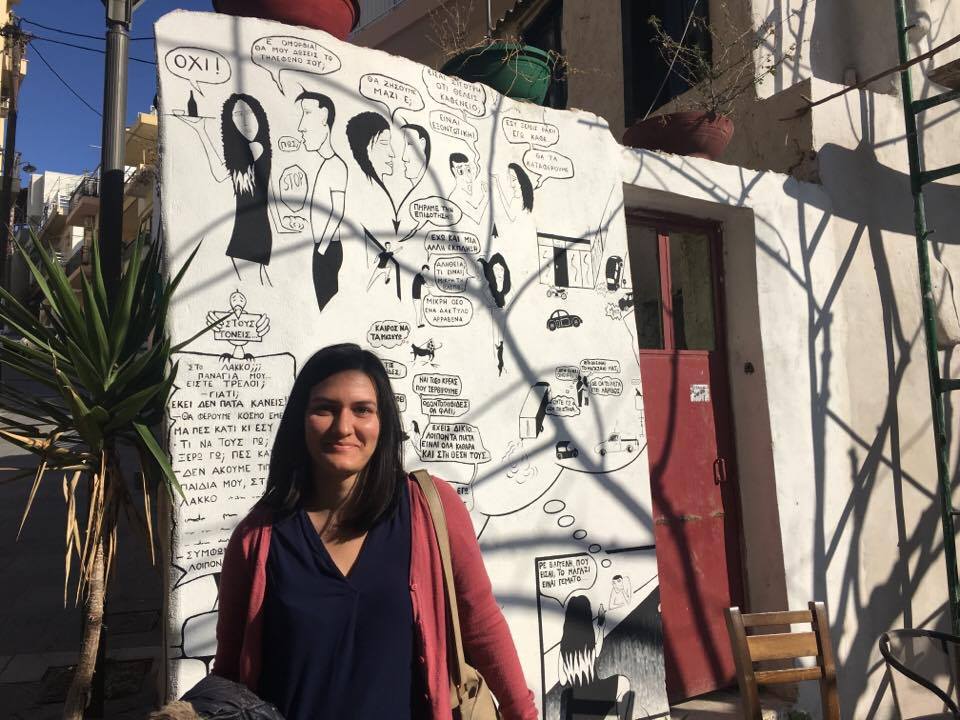 Discover the traditional village of Archanes

Only 16 kilometres away from bustling Heraklion, you will find one of the most picturesque and traditional villages of Crete: Archanes. This historic settlement with restored houses and mansions was recognised at a European Union competition as an example of how residential development has progressed (it was honoured as the second best-restored village in Europe).

While you’re there, it’s worth visiting the Archaeological Museum of Archanes, with archaeological finds that came to light from excavations in the wider area, and just outside Archanes (within three kilometres). You can also visit the private Museum of Cretan History and Tradition to see artifacts from the 9th century until today.

Grab the opportunity to also visit the wineries in the area and have a meal at one of the mant awarded restaurants in the village.