Blog > Things to do in: Jakarta 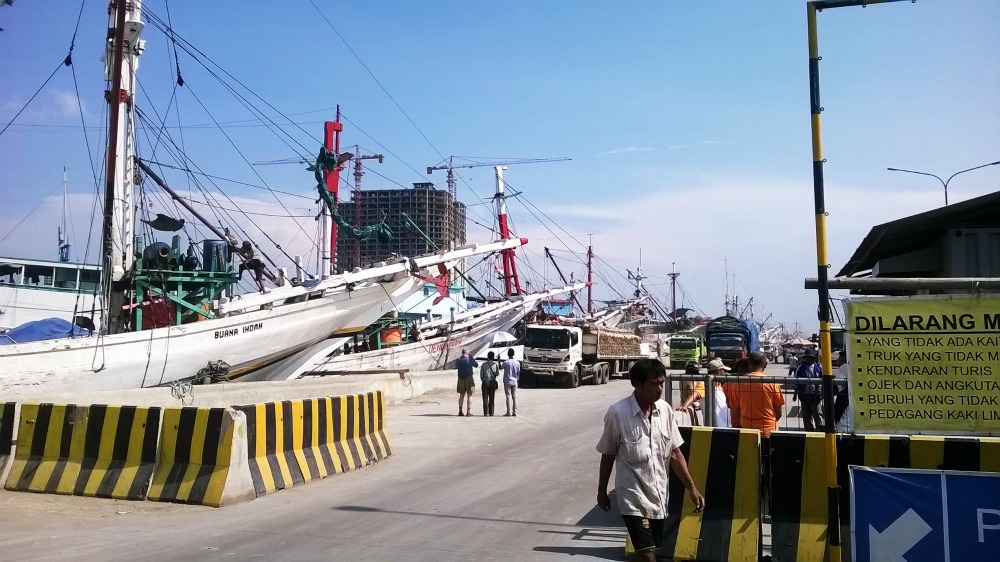 Things to do in: Jakarta

If I asked you to think of Indonesia, you’d probably conjure up images of crystal-clear water, sunset walks along coconut and palm tree-lined beaches, thatched-roof huts shading you from the warm sun, peace, serenity — realistically, you’d be describing Bali.

I think it’s safe to admit that the film “Eat, Pray, Love” is partly to blame for us having this mental image of what Indonesia should look and feel like. We have this expectation that just like Julia Roberts, we’ll ‘find’ ourselves, whatever that means. While Bali is definitely one of the most beautiful places in the world, the rest of the country deserves some love and attention. Jakarta in particular, is often overlooked. It’s everything that Bali isn’t. It is a hustling, bustling, modern and fast-paced city that can be loud, busy, and crowded; however, it has a wealth of attractions that will allow those willing to immerse themselves in the city a look into the rich culture that this country offers.

Spend a day (or two!) at the Taman Mini Indonesia Indah

One of the most popular tourist destinations in the city is the Taman Mini Indonesia Indah. This attraction literally translates into “Beautiful Indonesia Miniature Park”. This miniature park is a quick, accessible way to get a glimpse into the various aspects of Indonesian culture. The park contains traditional houses that allow visitors to get a sense of the traditional Indonesian lifestyle, and provides the opportunity to view traditional dances and ceremonies. Beyond the one-stop cultural immersion, the park also contains museums, one of them being the famous Museum Fauna Indonesia Komodo & Taman Reptil, a Komodo-shaped reptile museum that houses the only Komodo dragon in Jakarta! The park also contains the Purna Bhakti Museum, which showcases collections of handicrafts, art, souvenirs, and other items that were gifted to the second president of Indonesia, Suharto, from foreign dignitaries. Although the amount of information to take in on a visit to a place like Taman Mini may be slightly overwhelming, it is a wonderful place to visit if you want an all-encompassing dose of Indonesian culture.

The Jakarta History Museum also proves to be extremely popular amongst tourists. It not only focuses on the history of the city when it was known as Batavia, the capital of the Dutch East Indies, but also on the country’s history pre- and post-colonisation. During the colonial period, the museum was built as a city hall, or Stadhuis (see: Dutch). If you’re a sucker for beautiful architecture, the buildings surrounding the museum and the museum itself are sure to excite you, as they were built in the 18th century. Should you wish to venture on to other museums, there are four other museums located in the surrounding area. There is also a city square or Stadhuisplein called Fatahillah Square, which hosts various events and activities. If all that history leaves you hungry and you’re looking to dine in style, make sure to visit Café Batavia. The Jakarta History Museum and the surrounding area is definitely the place to be if you want to get that old-town feel, and discover how Jakarta developed into a major trading hub in Southeast Asia. The grand-looking entrance of the Jakarta History Museum

If you wanted to delve even deeper into the history of Jakarta during the Colonial period, pay a visit to the Old Port. While it is no longer a major port, it is historically quite significant as it played a key role in Jakarta’s development as a trading hub, and was where the Dutch first arrived in the city. Currently, the port can only support wooden ships called phinisi, which were built based on the Dutch pinas that arrived in Indonesia during the colonial period. The phinisi currently found at the Old Port more or less look the same as they did back in the early 17th century. If you fancy a nice meal in the area, check out the Batavia Marina.

With the largest Muslim population in the world, it is only fitting that Indonesia be the home of the fourth largest mosque in the world, and the largest mosque in Southeast Asia. Interestingly enough, the mosque was designed by a Christian architect, Frederich Silaban. The mosque is also located right next to the Gereja Katedral Jakarta (Jakarta Cathedral) and the Gereja Immanuel (St. Emmanuel’s Church). This juxtaposition is a great way to showcase harmony between the many religions that are practiced in the country. Aside from being dubbed the country’s national mosque, to celebrate Indonesian independence, the mosque was given the moniker Istiqlal, which is the Arabic word for ‘independence.’ Tours are available, with the opportunity to learn about unique aspects of the mosque, such as the seven entrances of the mosque representing the Seven Heavens in Islamic cosmology. Take a boat ride out to the Kepulauan Seribu (Thousand Islands)

If the hustle and bustle of the city life just isn’t your thing, look no further than Kepulauan Seribu or the Thousand Islands. Funnily enough, this chain of islands isn’t made up of one thousand islands. The Kepulauan Seribu consists of approximately 110 to 150 islands (depending on who you ask!) that stretch 45 kilometres northwards into the Bay of Jakarta and the Java Sea. While it’s hard to find a decent beach in the city proper, if you’re willing to take a boat ride out of the city ranging from one to three hours, you’ll be rewarded with a spectacular view (think: white sand and water unlike any blue you’ve ever seen before!).

While approximately 22,000 people call the islands home, the vast majority of the islands have been left in their natural state —– quite a few of them have even been designated as national parks by Indonesia’s Ministry of Environment and Forestry. Aside from island-hopping or spending the night in a resort, there is the opportunity to go snorkelling, diving, plant mangroves, or breed turtles. If you wanted to get out of the city to experience a different side of Jakarta, this is the place to be.