Blog > Things to do in: Moscow

Things to do in: Moscow

Urban Adventures
Europe
Moscow
Russia
Things To Do In

For many people, Moscow is a city shrouded in mystery. Those who have never been to Russia often have a specific image in their minds of what Russia is like — thanks to the barrage of images in the media that often cast the city in a depressing light. The media often focuses on the sanctions that have devastated the country’s economy, and how that has affected the living situation of people all over Russia. 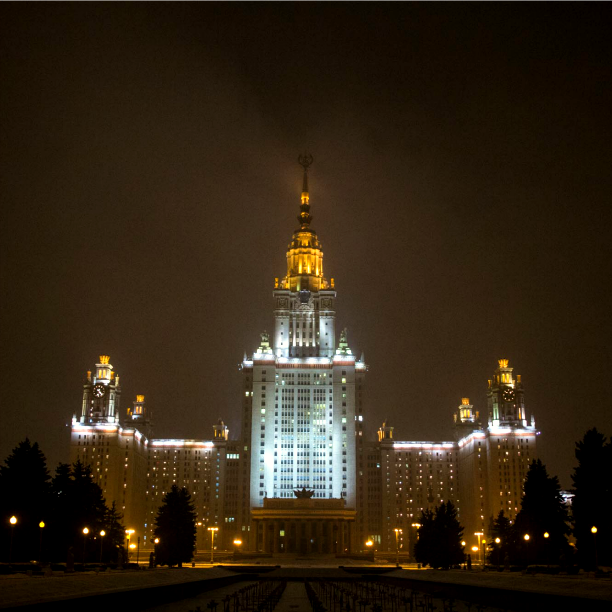 What the media fails to depict is how art and culture in Moscow stops for no one — life continues on despite the challenges that people face. Just like the New Yorks and Londons of the world, Moscow is bustling with activity. Young people gather to try out the city’s newest restaurants, hit up one of the city’s many clubs, or attend an exhibit at an art gallery or museum. The city is also home to a never-ending list of themed cafés and restaurants that are sure to please even the pickiest of eaters.

Aside from shopping districts that rival fashion hubs like Paris and Milan, Moscow is also home to some of the most beautiful architecture in the world, intricately detailed and extravagant. Moscow is sure to grasp the attention of all the architecture aficionados out there. Perhaps the most famous Moscow landmark, the Kremlin in Red Square

Beyond visiting the Kremlin and Red Square, there is a mile-long list of places to check out in the city. Check out our top five recommendations:

Be charmed by the Patriarch Ponds

If you’re a big fan of Russian literature, you’ve probably read several novels by Russian authors like Fyodor Dostoyevsky, Boris Pasternak, and Leo Tolstoy. You’ll probably also recognise the Patriarch Ponds or “Patriarshiye Ponds” as one of the settings in Mikhail Bulgakov’s masterpiece, The Master and Margarita. It is here where the devil appears with a squad of interesting characters that terrorise the city’s elite.

If you’re not much of a reader and have no idea what I’m talking about, you’ll still find the Patriarch Ponds enchanting. Aside from being famous from a literary standpoint, the area surrounding the ponds has grown into an upscale residential neighbourhood, and is a great place to relax, grab a coffee, and enjoy some solitude in the middle of a busy city.

This neighbourhood is located in the heart of Moscow, close to Tverskaya Street (previously known as Gorky Street), and is close to the Kremlin and Red Square.

Take a tour around the House on the Embankment

The House on the Embankment is an apartment complex at the Bersenevskaya Embankment of the Moscow River. Built in 1931, this significant landmark in Russian history was intended as a home for the Soviet elite. It was designed in a manner that would allow residents to have access to a variety of amenities, so they wouldn’t need to leave the building. The building’s original residents worked in a variety of different industries — some were scientists, others were Soviet Party workers, and others were war heroes, Bolsheviks, and even Comintern workers. Visit the museum, which is a replica of a typical apartment in 1930s Moscow.

Spend a day at the Krylatskoye Rowing Canal

The Krylatskoye Rowing Canal is a sports venue built in 1973 for the European Rowing Championships, and then was used for the rowing and canoeing competitions during the 1980 Summer Olympics. Visit the park surrounding the venue and go for a jog, bike ride, or simply walk around and take in the spectacular view. It’s a wonderful place to spend time doing different leisure activities, to take photos, or to relax and appreciate the atmosphere.

Take a trip back to the Soviet Era

If you ever wondered what food was like in Soviet Russia, worry not comrade, Cheburechnaya USSR has got your back! Immerse yourself in the Soviet era at this restaurant that serves up chebureks (a crescent shaped deep-fried turnover that comes with a variety of fillings), pelmeni (dumplings), Soviet soda or Leninade (a soda based on lemonade), and other dishes Soviet-style. The restaurant has over 20 offerings on their menu, including vegetarian options. Located in downtown Moscow, Cheburechnaya USSR is affordable, easy to reach, and will take you back in time to an era many tourists are often curious about.

The Ryabushinsky Mansion (or Gorky’s House) is a museum dedicated to the life and art of the famous Russian writer Alexey Maximovich Peshkov, better known as Maxim Gorky. Visit the museum and get to know more about the writer, his masterpieces, and his life.

The mansion was built Art-Nouveau style for the Russian millionaire Ryabushinksy at the beginning of the 20th century. In 1932, the Soviet government gave the home to the Peshkov family. The museum kept a unique collection of books that belonged to Gorky, and most of the decorations and interior of the house are original.

If you’re interested in learning more about Russian culture and the city of Moscow, check out our tours below!