Blog > Things to do in: Varanasi 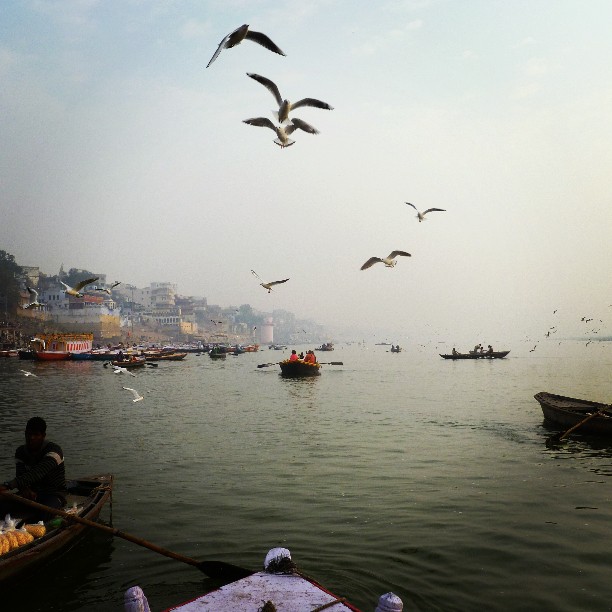 Things to do in: Varanasi

Urban Adventures
Asia
India
Things To Do In
Varanasi

The city of Varanasi just might be the oldest city on Earth — which means you’ve got a lot of history to take in while you’re there! Here are some of the best ways to learn about the Varanasi’s ancient past, as well as its charming, colourful, and chaotic present and future.

Sail along the Ganges

Varanasi is the religious capital of India, and believed to be one of the oldest living cities in the world. While you’re there, be sure to take an early morning boat ride from the Dasawamedha Ghat all the way to the Manikarnika Ghat. The boat ride usually starts at 6am, so it’ll be an early wake-up call! But the experience of watching the rising sun, splattering its million rays on the Ganges, is the best way to explore Varanasi.

Take a trip to Sarnath

After Buddha attained enlightenment in Bodh Gaya, he came to Sarnath and delivered his first sermon here, in a deer park. Today, Sarnath is home to the most expansive collection of ruins on the Buddhist trail — the site of Dhamek Stupa, Mulagandha Kuti Vihar, and Ashoka pillar. Sarnath is just 10 kilometres from Varanasi and is an incredibly tranquil place. The ruins, the archeological museum, and the temple are all within walking distance of one another. It might not be the healthiest thing to do, but most people who come to this corner of the globe want to at least taste the minty banarasi paan (caramelised betel leaf with areca nut and sometimes tobacco), which is chewed as a stimulant. There is a famous Bollywood song from the 1970s, “Khaike Paan Banaras wala”, and many locals love the treat. Chew at your own risk, and be sure to spit into a designated cup (the paan will give your saliva a distinctive red colour, and spitting onto and staining the ground is a problem throughout much of South Asia, with many places banning paan altogether).

The ancientness of Varanasi, or Banaras, can be felt on its ghats, can be touched at its temples, and can be best smelled on its time-worn streets. Walk through the crazy streets of Varanasi, and we bet nothing will wipe that bewildered look off your face. In a city this old, there is a legend on every corner and a story in every corridor. The Kashi Vishwanath Temple is one of the 12 Jyotirlingas (devotional objects dedicated to Lord Shiva) and one of the 54 Shakti Peeths (temples of the divine goddess Shakti) in India. The temple attracts millions of pilgrims every year and stands as an symbol of Hinduism around the world.