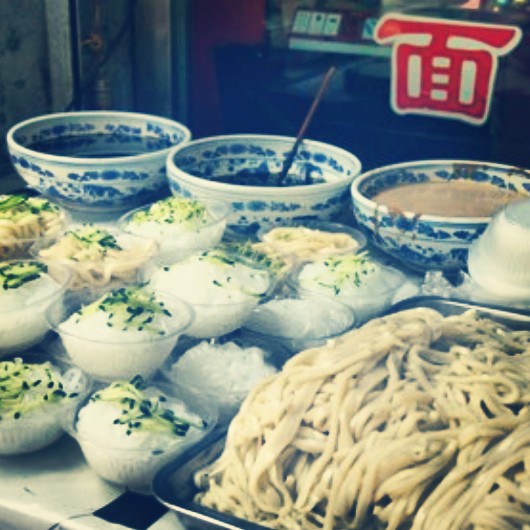 Things To Do In: Xi’an

Urban Adventures
Asia
China
Things To Do In
Xi'an

Want to find some hidden gems in Xi’an? We asked our local team to let us in on some local secrets, including the best place to grab noodles, where to find the nightlife in Xi’an, and the best museums to hit up.

What a difference a couple thousand years makes! Formerly a tomb for Emperor Jing Di of the Han Dynasty, this site is now one of the best museums in China. Full of relics from the Han Dynasty, you can even walk into the 2000 year old tomb. How’s that for history?

Yet another 2000 year old epic, the Guan Zhong Fold Culture Museum houses relics that are a couple thousand years old, and tell you quite a bit about the local folk culture of the Guan Zhong area. The museum houses thousands of historical relics, from stone carvings to traditional paintings.

It’s famous for a reason. Located in a back street around Dong Da Jie Street, Liu Xiang Mian is Xi’an’s best noodle restaurant, so be prepared to wait for a seat. People in Xi’an absolutely love noodles, and locals are quite happy to travel across town just to get to Liu Xiang Mian to satisfy their cravings.

Many people are disappointed that there aren’t many places to go out at night in Xi’an. The thing is – they’re wrong. Inside the city wall, east to the south gate, you’ll find that nightlife in Xi’an is alive and well. There are several bars, pubs, and cafes along the city wall, where you’ll find great local music, reasonably priced food and drinks, friendly locals, and a fantastic night out!

One of the most famous ancient colleges is on this street, so it has long been a popular place for poets, writers, and artists. Even now, people still come here to buy their bush pens, inks, and rice paper for calligraphy and water colour painting. It’s also full of antique shops and folk art shops, making it one of the best places in which to experience some of Xi’an’s best local culture.