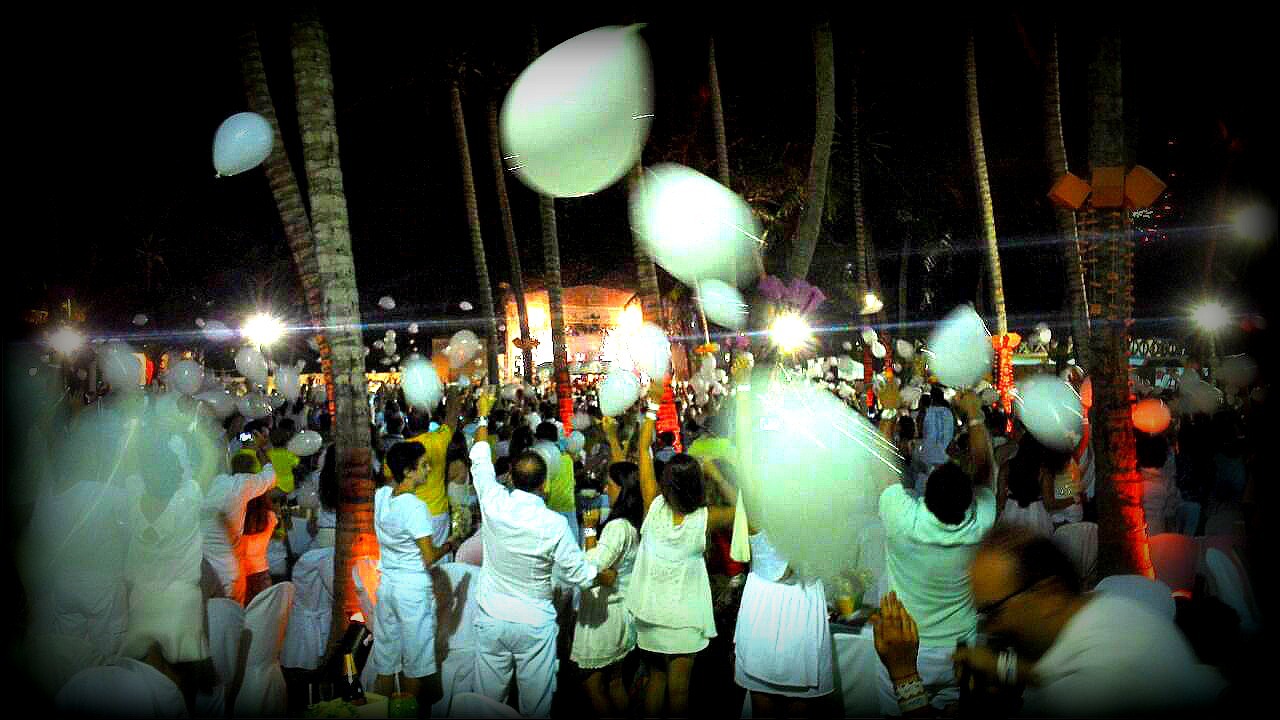 10 ways to bring yourself good luck in the new year

If you want this year to be your year, then you need to ring in the new year the right way. After all, a kiss at midnight is swell, but is that going to help you get richer or get your wishes granted or keep the bad spirits away over the next 12 months? Maybe, but maybe not, and a little extra good luck never hurt anyone. So put on your best red undies, grab a handful of grapes, and drink down that ashy champagne before the final stroke at midnight. Confused? No worries, just read on, because we asked a few of our guides around the globe for the quirky ways they encourage good luck to find them in the new year.

In Rio de Janeiro, locals head down to Copacabana Beach to watch the midnight fireworks. But if you join the party, make sure you don’t just wear any old thing — the local tradition requires that you dress in white, to celebrate peace for the coming year. Once the fireworks finish, lots of people head down into the water, where they must jump over seven waves as they make their wishes for the upcoming year. Some people also throw bouquets of flowers into the water to honour Iemanja, the goddess of the sea and to sink their problems deep into the ocean. You can also use candles, but flowers are more eco-friendly (and we’re all about being eco-friendly). But don’t confuse this New Year’s tradition with the actual Day of Iemanja, on February 2, which is another time that locals send flowers to the goddess.

A typical Croatian Christmas dinner includes a form of poultry, because animals like turkeys and chicken scratch at the ground, running their feet backwards — a symbol for leaving the bad things behind in the old year. But on New Year’s Day, locals prefer to eat pork because pigs dig forward.

Hungary: Frankfurters for you

Similarly, Hungarians skip the poultry on New Year’s because it’s said their movements will scratch away your luck. Instead, the local tradition is to eat a frankfurter, such as wurst with horseradish and/or mustard, or maybe some pork jelly or aspic.

In some regions, it’s tradition to wash your whole body before New Year’s Eve dinner — but you have to do it with a big bowl of icy water poured over your head! (Imagine doing this with a temperature of about -5 degrees Celsius). At the bottom of the bowl, there will be a silver coin that must stay untouched, resting atop your head. The belief is that this chilly adventure will bring you riches in the coming year. If ice showers aren’t your thing, you could also save a few scales from the carp that’s traditionally eaten at Christmas Eve. Keep them in your wallet over the next 12 months to encourage good fortune. Or, skip the fish scales and instead have a slice of poppy seed cake (makowiec) — it’s said to bring you as much money as there are poppy seeds in the cake.

Spain: The grapes of midnight

As the bell starts to ring in midnight, start cramming grapes into your mouth! The local tradition in Spain says that you must eat 12 grapes, with one grape at every chime of the clock. The custom is said to bring you good luck for the coming year, with each grape symbolising one of the 12 months. But believe us, it’s harder than it sounds — you have to time it just right or they say you’ll have a very unlucky year.

Locals in Italy always make sure to wear something red for New Year’s Eve — and even better if that something is your underwear! But this doesn’t give you an excuse to go shopping, as your red attire must be a present from someone else. As well, you must throw it away the next morning (so skip buying expensive undies for your friends). Another local tradition is to leave two windows open, as it’s believed the draft will chase away evil spirits, but leaving the door open will let the good spirits come in (and let’s hope any local robbers will be too busy celebrating to notice). Finally, be sure to eat lenticchie e musetto (lentils with a local pork sausage). Since the time of the Roman Empire, lentils have been considered a symbol of abundance and richness because lentils look like small coins.

Many Russians follow the New Year’s tradition of drinking in their wishes for the coming year. As the Kremlin Clock starts to chime midnight, locals write down their wish on a piece of paper (no writing in advance, so you need to be speedy!), then burn the paper, mix it into their champagne, and drink the whole thing down. You must do it all by the time the last chime rings if you want your wish to come true.

The local good luck custom in Greece actually comes a few days later, on January 6, which is the Feast of the Epiphany (Theophania). This day celebrates the baptism of Jesus Christ and the appearance of the Holy Trinity, and on that day, priests head to the waterfront (could be a beach or river) in the morning. There, the priest blesses the waters and throws a cross into the water. Locals will then dive in to recover the cross from the depths and return it to the priest. It’s believed the diver who finds the cross first will have a good year. Remember, it’s not warm in Greece in January, so this is done in very chilly temperatures!

Chinese New Year isn’t on January 1, but in case you want to get a head start on finding your luck for that party (which falls on January 28 in 2017 — although the celebrations start picking up in the weeks before the official date), then plan to eat some nian gao, or “year cake.” The pronunciation sounds similar to “year high” and so the cake symbolises growth (in money, in position, even in size!) in the new year. Dumplings are another symbol of longevity, wealth, and success, as their purse-like shape looks similar to gold or silver ingots, which were used as currency in ancient China. It’s said the more dumplings you eat at New Year’s, the more money you’ll make in the coming year! (Hey, any excuse for another helping of dumplings is fine by us.)