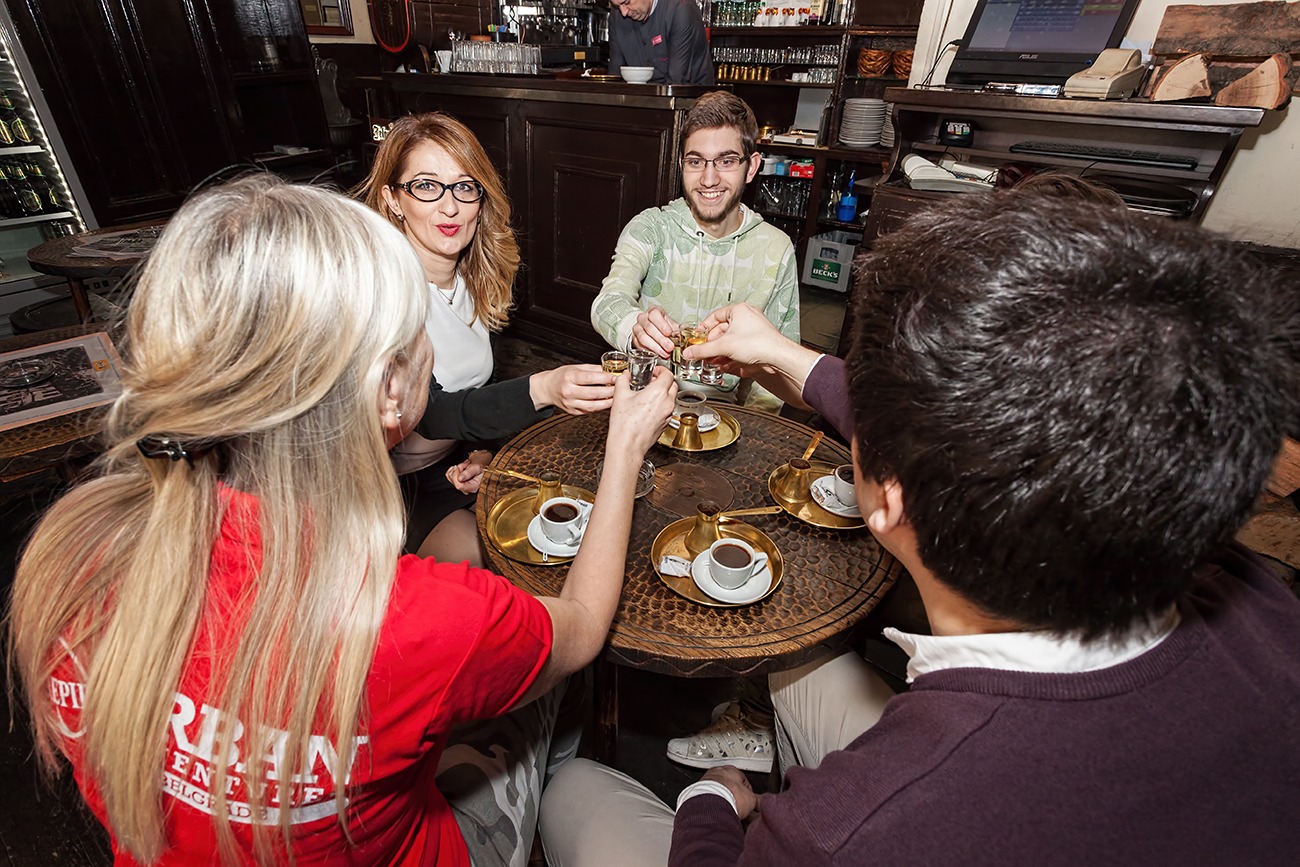 Serbia’s eclectic capital is also one of the oldest cities in Europe. It might not have the immediate wow factor that you expect to find in other European capitals, but the city’s charm, warmth and sense of fun will envelop you soon after arriving. It’s likely you’ll want to stay as long as you can, but if you only have time for a short trip, here’s how to make the most of your whirlwind visit.

Start the morning with a typical Serbian breakfast at Pekara Trpkovic, the city’s best bakery. The bakery is well known for its burek, a traditional type of flakey pastry usually filled with cheese or minced meat. A favourite among locals, the bakery is always crowded so be prepared to wait in line (but breakfast will be worth the wait — we promise). Following breakfast, a 10-minute walk uphill takes you to the Church of Saint Sava, the biggest Orthodox Church in the Balkans, and among the biggest in the world.

From the church, take Mutapova Street straight to Kalenić Pijaca, Belgrade’s most popular green market and the biggest market in the city. Here you’ll see an array of local farmers’ produce, baked goods and traditional favourites like kaymak (similar to clotted cream). Pass through the market and head to Krunska Street, lined with beautiful old villas from the late 19th and early 20th centuries. The street takes you to the Nikola Tesla Museum, which holds a large collection of items dedicated to honoring and displaying the life and work of Nikola Tesla. Guided tours start every hour.

After the museum tour, continue to King Alexander Boulevard, passing Tasmajdan Park, St. Mark’s Church, and the House of Parliament until you reach Terazije Street.

Walking along Terazije Street, keep an eye out for Hotel Moskva, one of the oldest hotels in Belgrade as well as one of the city’s most recognisable landmarks. Soon you’ll reach Knez Mihailova Street, Belgrade’s pedestrian zone. This old street to this day remains the epicentre of Belgrade with elegant shops, cafes, restaurants and galleries. Walking to the end of the street, you will pass by Republic Square and the Serbian Academy of Science and Arts. As you reach the end, turn left down Pariska Street, passing by the French Embassy, and make your way towards the riverside for lunch. Here you’ll find Beton Hala, an old port storage building on Sava river that is now home to numerous restaurants and bars with a vibrant atmosphere. We suggest Ambar Restaurant, a modern restaurant with a Balkan fusion concept, offering traditional Serbian food prepared in a modern way. Roasted lamb and pork are a highlight.

After lunch, head back uphill on foot towards the Church of St. Michael the Archangel, located at the intersection of Kralja Petra and Kneza Sime Markovica streets. At this intersection there is a landmark on each of the four corners: the cathedral, the Patriarchate, Princess Ljubica ‘s Residence, and the oldest restaurant in the city (Kafana Question Mark). Princess Ljubica ‘s Residence, which is now a museum, depicts the lifestyle of Serbian rulers from the 19th century. Afterwards, continue on to Belgrade Fortress, consisting of Kalemegdan Park and the old citadel. Belgrade Fortress has been built, destroyed and rebuilt numerous times through its history, and stands at an important strategic point on the confluence of rivers Sava and Danube. Go to the viewpoint, with wonderful views of rivers and the rest of the city.

From the fortress, slowly make your way towards Skadarlija Street, Belgrade’s bohemian quarter. To reach it, meander through the narrow streets of the charming neighbourhood of Dorcol, which is the oldest area of the city. Stop for a coffee or a snack if you need something to tide you over before dinner. Dinner time in Belgrade isn’t usually until 8pm so you can take your time exploring. Once you get to Skadarlija, there are many restaurants to choose from. We recommend Tri Sesira or Dva Jelena, two popular local restaurants and two of the oldest restaurants in Belgrade.

After dinner, go just behind the corner from Skadarlija, to Cetinjska Street for drinks and dancing. Cetinjska Street is an old industrial zone, which had been abandoned for years but recently turned into a strip of bars, cafes and nightclubs. Take your pick out of dozens of bars and indulge in a variety of cocktails or local beers, with sounds of electronic, hip-hop or alternative music.

For travellers on a short visit, we’d recommend having a layover that will allow you to spend three hours in the city centre, and another hour for travelling to and from the airport.

If you want to see Belgrade in two hours in the morning or afternoon, head to the pedestrian area of Knez Mihailova Street and Republic Square. Visit the Belgrade Fortress and Kalemegdan Park and (if you have time), head down to the river for coffee, drinks or lunch.

If you’re in Belgrade for an evening or nighttime layover, have dinner in Skadarlija, Belgrade’s bohemian quarter. Skadarlija is a cobblestone street with numerous restaurants and bars. Most restaurants are traditional with national food and live music. It is particularly impressive during spring and summer months when the gardens are open and full of people.