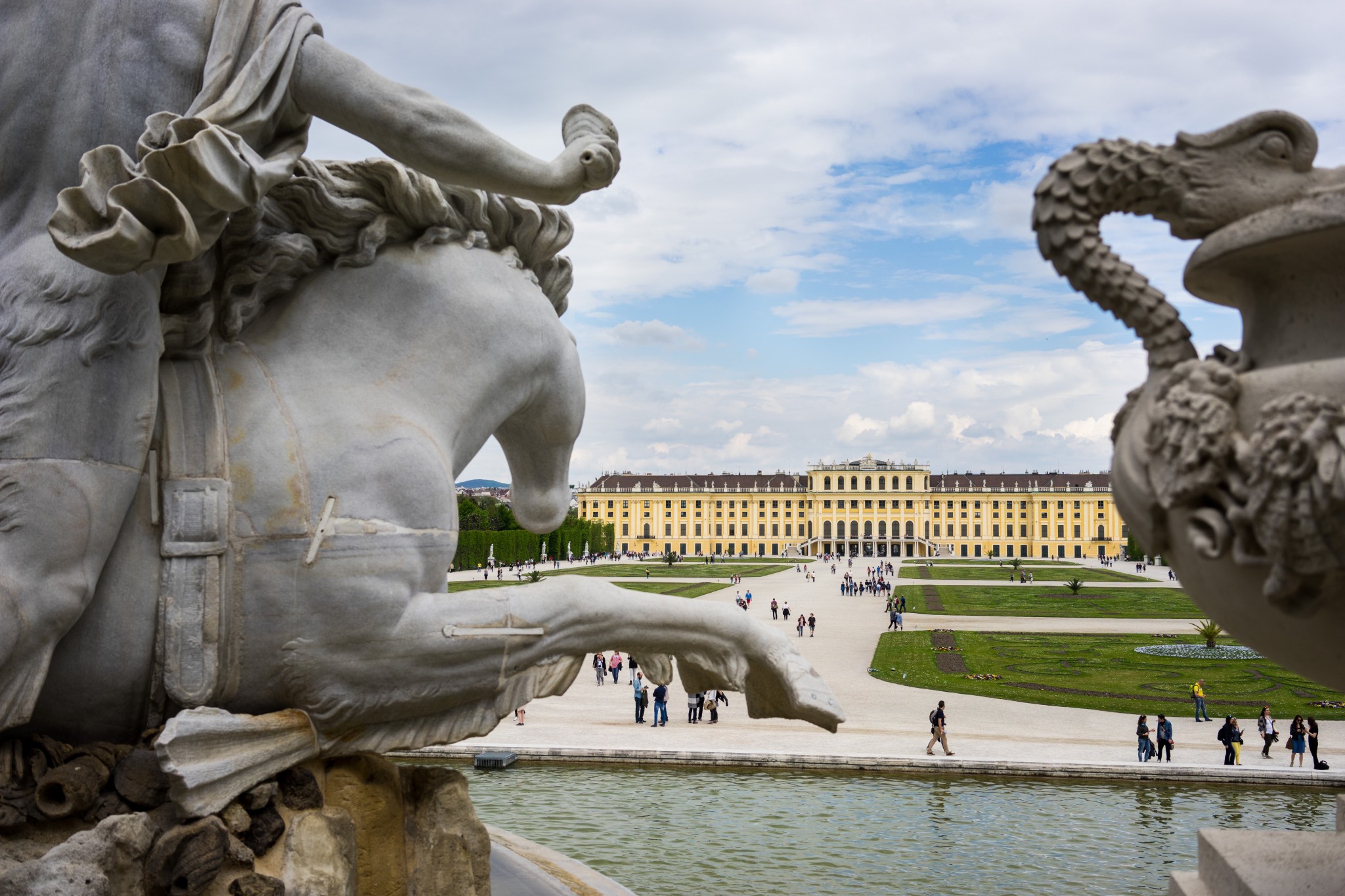 No matter how long you have to spend in Austria’s capital, you won’t be disappointed. Whether you’re strolling aimlessly along the Danube Canal, getting your culture fix in the MuseumsQuartier, or sipping coffee at a sidewalk café, you’re likely to be smitten fairly quickly. Only have 24 hours to enjoy the city? Follow our guide to how to make the most of a quick trip to Vienna. Start your visit to Vienna with a ride on the Ring Tram (a ticket is EUR 8). The best time to do this is right in the morning because it won’t be overcrowded. The Ring Road is the road surrounding the inner city (1st District) of Vienna and where you can see some of the most famous sights in the city, such as the state opera, Hofburg Palace, parliament buildings, and city hall. The Ring Road is also an Austrian World Heritage Site and one of the most scenic boulevards in the world, guaranteed to provide more than a few photo ops. While wandering the street, take a detour into the lovely Burggarten to rest a bit and have a coffee at the amazing Palmenhaus Café.

After a loop around the Ring Road, make your way on foot (about a 10-minute walk) to Naschmarkt — a feast for the senses and one of the most beautiful open-air markets you can find in Europe. Here you’ll discover many hidden culinary gems that go beyond the traditional sachertorte (chocolate torte) and apfelstrudel (apple strudel). This is the largest open-air market in Vienna, in existence since the 16th century, and a fun culinary adventure for anyone who loves food. Grab a snack, or just see where your eyes and nose take you, among the 120+ food stalls and restaurants.

In the afternoon, head to Freihausviertel, just around the corner from Naschmarkt, with its small designer shops, modern galleries, and trendy bars and cafés. Start on Schleifmühlgasse, where you’ll find a particularly high concentration of worthwhile boutiques and galleries, and when you start to get hungry, stop into cosy Café Amacord, which serves classic Viennese dishes that will keep you going for a busy afternoon of sightseeing.

Spend your afternoon in Vienna in the MuseumsQuartier, about a 15-minute walk from Freihausviertel. This is one of the largest art and culture complexes in the world, and as the name would suggest, the area is home to a number of museums well worth your time. Here you’ll find over 70 cultural institutions, including museums, galleries, and event spaces. Some noteworthy options for your afternoon of museum-hopping include the Leopold Museum, and the Museum of Contemporary Art. When you need a break, head to one of the many cafés, bars, and restaurants in the area.

It would be a shame to visit Vienna without spending some quality time by the Danube Canal, which you can easily walk to in about 20 minutes from the MuseumsQuartier. We’re assuming that by this point in the day you’re getting hungry. If so, you’re in luck. You’ll be spoiled for choice when it comes to where to fill your belly, but before you’re ravenous spend some time taking in the scenery and getting a feel for your options (and likely snapping a few photos). Once you’re ready to settle in for the remainder of the evening, a few good options for food, drink, and atmosphere along the canal include Summer Stage (open May to September), and trendy Tel Aviv Beach (which actually has its own sandy beach and great cocktails).

For travellers on a short visit, we’d recommend having a layover that’s five hours in total, which will allow you to spend two to three hours in the city centre, and another hour for travelling to and from the airport with enough leeway that you don’t need to rush.

The best way to get from the airport to the sites is by taking the City Airport Train (CAT), which gets you to and from the city centre in under 20 minutes. When taking CAT into the city you’ll be disembarking at main transport hub Wien Mitte. A one-way fare is EUR 11, while a roundtrip ticket is EUR 19. You can travel from the airport to Wien Mitte daily from 6:09am to 11:30pm and from Wien Mitte to the airport from 5:36am to 11:06pm. Trains run in both directions every 30 minutes.

If you want to see Vienna in two hours in the morning or afternoon, we suggest heading straight for the MueseumsQuartier for a veritable buffet of museums, galleries, and event spaces where you never know what you might see. There are also many cafés and restaurants here when you need to slow down and grab something to eat or drink. For a short layover, this area is perfect to get an idea of what Vienna is all about.

If you’re in Vienna for an evening or nighttime layover, we recommend making your way to the 6th District. This is where you’ll find Mariahilfer Straße, the city’s longest shopping street. It’s worth your while exploring some of the side streets as well, to find some of the more unique shops, as well as bars and restaurants.

If you’re headed to Vienna, we can show you around the city with plenty of time for you to still make your connecting flight.