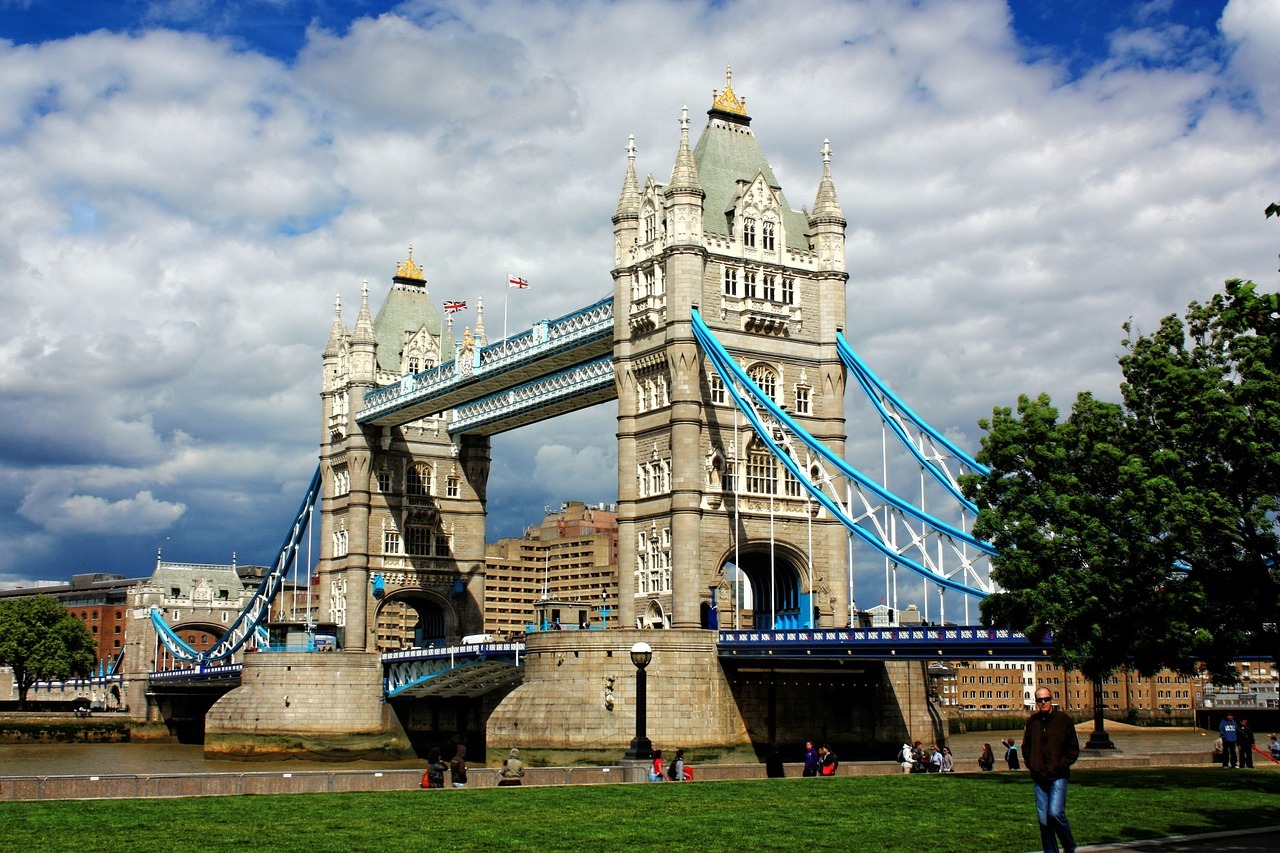 So, you want to visit London but only have 24 hours to pack in as much as possible? No sweat! Sure, it might seem like an impossible travel task to take in the multitude of attractions one of the world’s most-visited cities has to offer, but we have you covered. Here’s your ultimate itinerary for a fun and fascinating 24 hours in London.

Start your 24-hour whirlwind tour of London with an early morning stroll or coffee in Hyde Park, undoubtedly one of the most beautiful parks in the world. Although the park will still be beautiful later in the day, there is nothing quite like enjoying the calm and serenity of this space before London is properly awake and ready for action. If you like your morning coffee with a view, then why not trade in the morning paper at the hotel for the fresh air of this vibrant, enchanting green space from the park’s Lido Café. The café opens at 8am so take a walk first and then stop by for some breakfast and a caffeine boost.

Once you’ve had your coffee and breakfast, you’ll be ready to take in 1,000 years of London’s history with a visit to The Tower of London. This is an absolute must for all visitors to London, and getting there early is wise as it’s very popular and gets busier closer to midday.  The ticket price includes a tour with a Yeomen Warder, otherwise known as a Beefeater. The Yeomen Warders are very knowledgeable and entertaining, and to serve at the tower they must have served in the forces for over 22 years.

The amount of history the tower holds is breathtaking, as is as getting to see the crown jewels. You’ll also be able to interact with actors in period costume that are on-hand to answer any questions.

You’ll need to catch the tube (subway or metro, for those still learning your British lingo) for this journey, so head to South Kensington station and take the District line towards Upminster. Get off at Tower Hill and you’re there in 30 to 40 minutes. 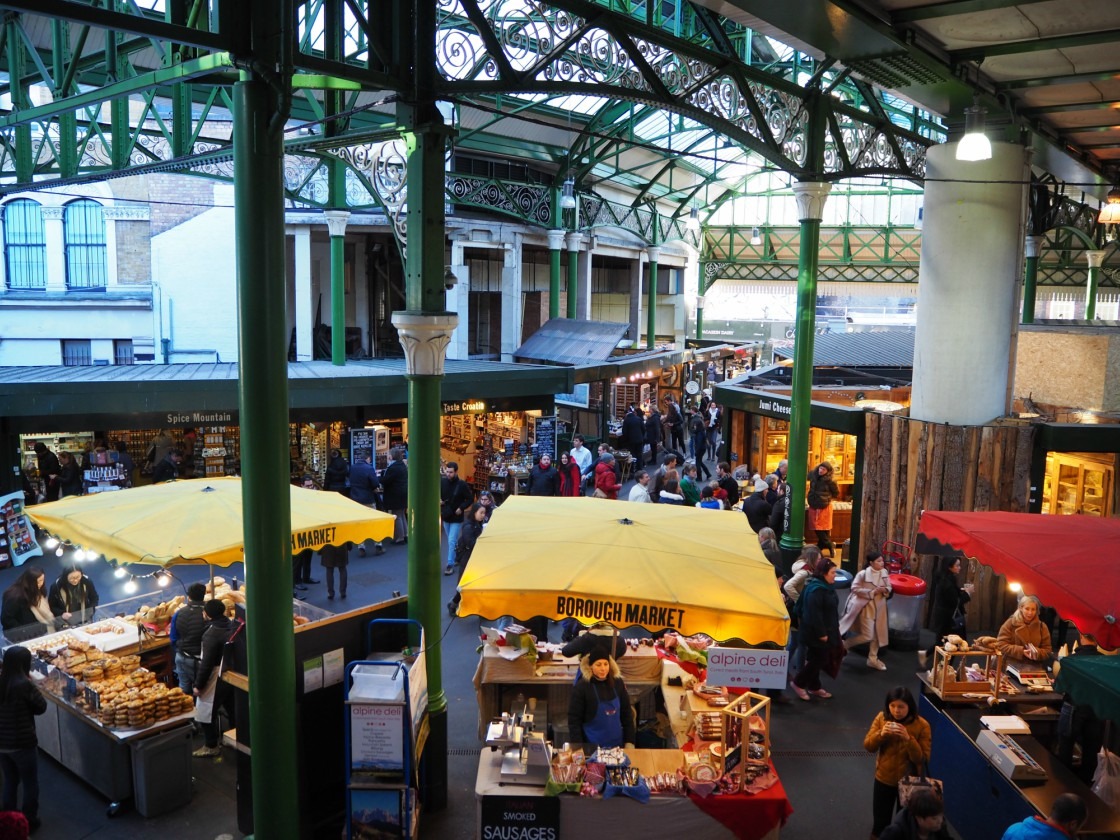 From the tower, walk along the north bank towards London Bridge to make your way to Borough Market on foot (around 15 minutes). This is London’s most authentic food market, which supplies the local restaurants with the quality produce they need, but also gives visitors the chance to sample and purchase some local goodies as you browse what’s on offer. The street food section is a great alternative to a sit-down lunch as it offers a tasty selection of great British food and dishes from further afield. It’s also inexpensive (win!).

Not hungry? How about a quick cup of tea or coffee? Yes, London is a nation of tea drinkers, but London has also been drinking coffee since 1652. With coffee from all over the world and roasted locally, Monmouth Coffee is a great place to sample gourmet beans.

After you’ve filled up at the market, you can leave from there to embark on the Queens Walk. The Southbank is one of every Londoner’s favourite places to roam, and we call the section from Borough Market to the London Eye the Queens Walk. During the Festival of Britain in the 1950s, a lot of effort was made to rejuvenate Britain’s open spaces and this area greatly benefited.

Along the route you’ll pass The Golden Hind ship, Globe Theatre, Clink Prison Museum, Tate Modern and much more. You can choose to stop and explore as you please and you’ll never be far from a beer, an ice cream or anything else that might strike your fancy. Also, the views are stunning. Fish and chips from Poppie’s | Photo by London Urban Adventures

Spend your evening in London in Soho, which is both the entertainment centre and a place to go for some of the city’s best food. Every street is jam packed with pubs, bars, restaurants and cafes. Although there really is no need to recommend one single place here, if you haven’t yet tried the national dish, then Poppie’s Fish and Chips on Old Compton Street would be the place to go. Crossing Hungerford Bridge will take you directly into Charing Cross station. Take the tube to Tottenham Court Road. From there, check with your map or GPS to get exactly where you need to be, which should take around 25 minutes from where you ended the Queens Walk.

There are a few different airports, but the following refers to Heathrow, and assumes you’re travelling to the city centre by tube. The Piccadilly line on the underground (trains run from all terminals) will take you directly into the centre of town within an hour.

If you want to see London in two hours in the morning or afternoon, head to the National Gallery. The National Gallery is home to works by Turner, arguably one of Britain’s favourite and most famous artists. It’s completely free to enter and with its calming atmosphere it is the polar opposite to the hectic rush of an airport. It also happens to be a stone’s throw from Leicester Square and is situated at the top of Trafalgar Square.

If you’re in London for an evening or nighttime layover, go for fish and chips at Poppie’s in Soho. This is one of the best fish and chip shops in the city. Kelly the fish fryer has been frying fish for over 50 years.