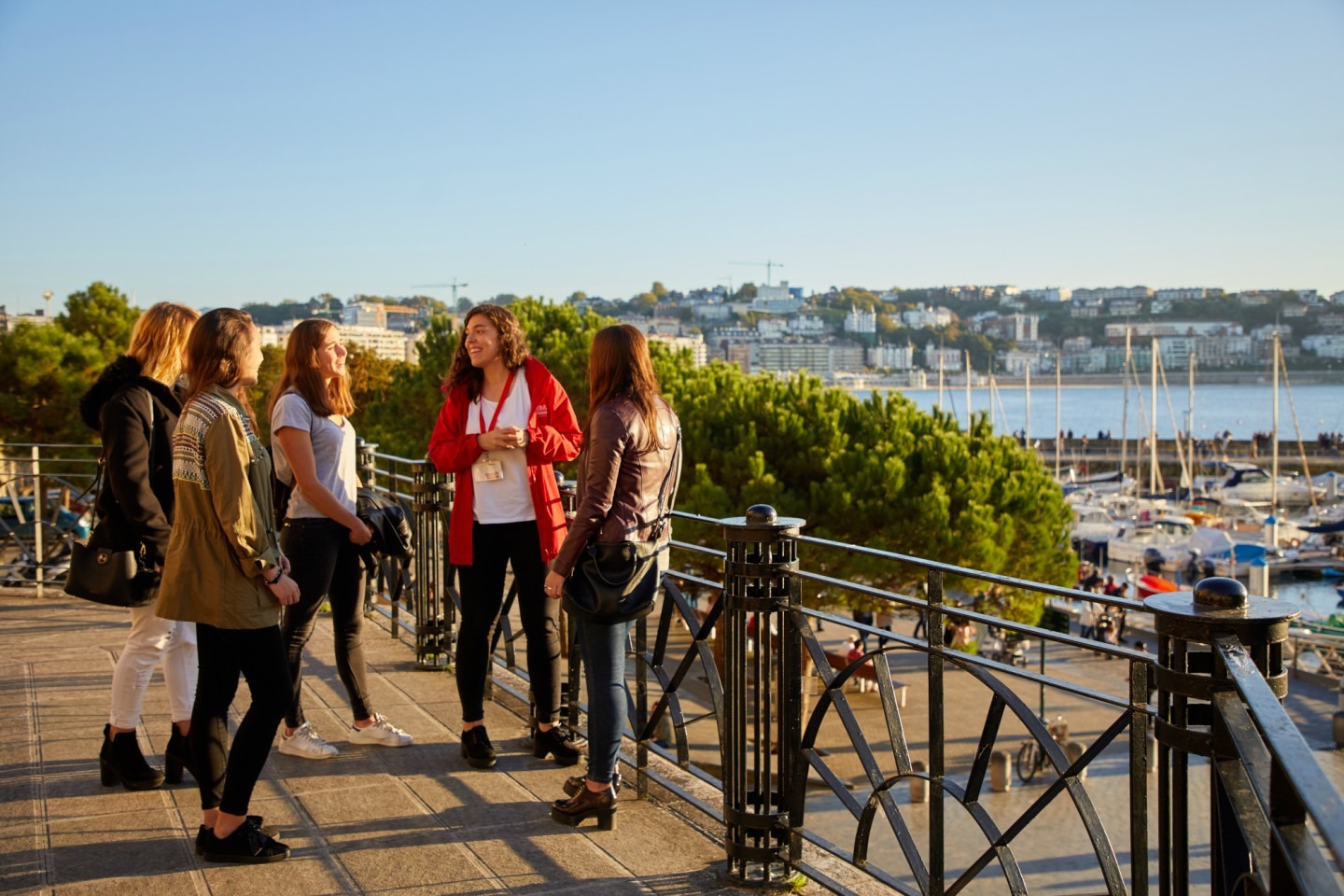 The city of San Sebastián isn’t quite what you might call a metropolis, so spending just 24 hours here isn’t as daunting as it may seem in other cities around the world. Having said that, there’s still so much to see and do! One thing we can promise you, is that you will most definitely want to stay longer and will likely be planning your trip back before you even get on the plane to leave. That’s the secret of San Sebastián — it takes its hold very easily. If you’re looking for the perfect itinerary to introduce you to the city, our local San Sebastián tour guides have shared the best tips for making the most of a short trip to San Sebastián.

If you’re a visitor in San Sebastián, there’s no more rewarding way of enjoying the morning than by going on an early walk or run along the waterfront at Zurriola Beach. Once you’re ready to eat, you can sample a wonderful variety of coffees and teas in the new-fashioned cafeterias in the trendy neighbourhood of Gros and near the Boulevard. Make sure to get yourself a pastry or a croissant (we suggest Pasteleria Oiartzun, a classic bakery in the Boulevard) and relax by the port while watching the rocking waves and listening to the sound of the early seagulls. 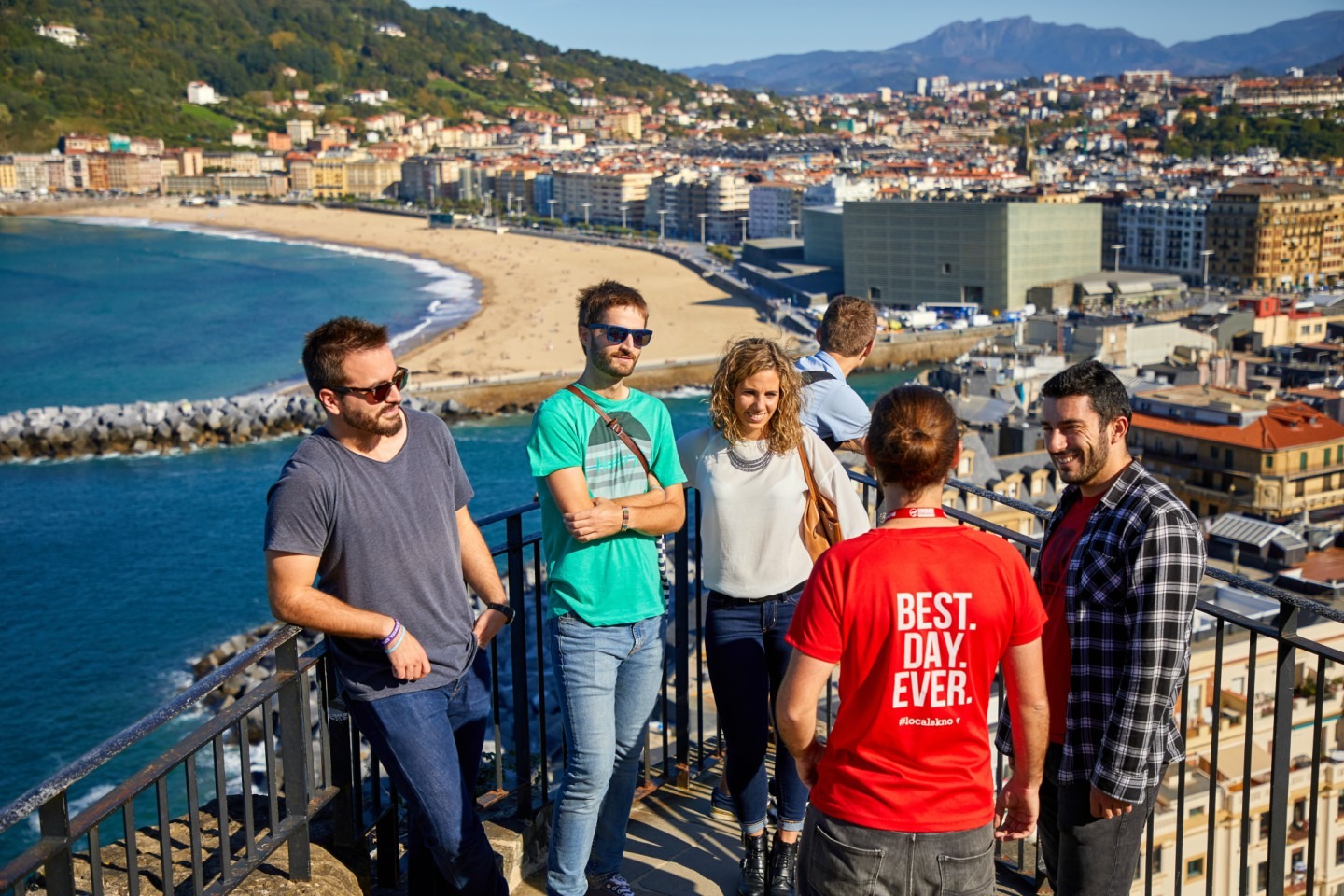 If you’re interested in Basque Country and want to expand your knowledge of the history and culture of the region, you must visit the San Telmo Museum. The visit will take around two hours and it’s about a 10-minute walk from your morning stop.

After your visit to the museum, take a pleasant hike around Monte Urgull. Urgull is the mountain behind the Old Town, where you’ll keep learning about the area’s history, but most importantly, about the devastating battle that destroyed San Sebastián almost completely in 1813. Start hiking from behind San Telmo Museum and you’ll find our representative flag, the ikurriña, on an outstanding military lookout. There are many ruins throughout the different trails, and all the historic monuments are well-marked. And because everything in San Sebastián will be about the views, Urgull will give you some of the best ones overlooking the city. Urgull is also a great opportunity to learn about the history of the city, since there’s a museum (House of History) at the peak.

Kitchens won’t be open until 1pm. By that time, you might have already seen the most relevant places in Urgull, and probably paid a visit to the museum at the top. So head back down to the city centre. Depending on where you were on Monte Urgull, the walk should take around 30 minutes (give or take). From local bars with savoury sandwiches to Michelin star restaurants, there are countless culinary choices all over the city for every budget. Don’t go too far from Plaza Gipuzkoa if you want to see Mount Igueldo, the mountain at the end of the bay and one of the most charming and picturesque places in San Sebastián. You can try Juantxo Taberna near the Plaza for inexpensive but tasty sandwiches and well-priced beer.

Right after lunch, you’ll have some time to contemplate Buen Pastor Cathedral. Buen Pastor is the most important cathedral in the province. According to locals, its elegant and gorgeous style, purely Neo-Gothic, is the perfect setting to get married, go to mass or simply to find some peace and silence. The cathedral area is very relaxing with lots of local businesses and cafeterias; this is one of the many places where locals go to have a break.

Next up, take some time to discover Mount Igueldo. What’s special of Igueldo is that the Queen Maria Cristina (who came to San Sebastián on vacations and even built a summer palace here) opened an amusement park at the summit. This was a gift for locals. Today, Igueldo is the pride and joy of locals in San Sebastián. Going up there feels like going back in time, when the amusement park was built in 1912. It is the place with the best panoramic views of the city and its outlying neighbourhoods. Do not forget to take the funicular up the mountain. Driving and walking are good options, but our recommendation includes this experience. The funicular is as old as the amusement park and is part of the charm. You can walk to the funicular in about 40 minutes or take the bus to Igueldo (line 16) from Plaza Gipuzkoa. You should be back to the Old Town around 7 or 8pm and it’s around 8 when kitchens open and start cooking yummy food for their customers. The most authentic way of going out in San Sebastián is hopping from one bar to another and trying a drink and a pintxo per bar. This way, you’ll get to taste the local Basque gastronomy, and every bar’s specialty. But don’t just stay in the Old Town; this is a crawl and we encourage you to explore and walk around the city. For example, Gros is a trendy district you should definitely visit after eating in the Old Town. It’s a very vibrant neighbourhood, and many chefs have been opening their pintxo businesses here over the last few years. You can walk to the Old Town from the funicular in 40 minutes or take a 15-minute bus ride. (Psst! Our Grab Your Pintxo Tour is a great way to check out some of the best eats in the city.)

For travellers on a short visit, we recommend having a layover that will allow you to spend two hours in the city centre, and another two to three hours for travelling to and from the airport, depending on which airport you’re flying out of. Because San Sebastián Airport is a small airport with few flight connections, most visitors fly in and out of Bilbao Airport, or alternatively, Biarritz Airport.

San Sebastián Airport is about 20 kilometres from the city and if you have your layover there, you can take a 30-minute taxi or a 40-minute bus ride into the city. If you arrive from Bilbao Airport, a taxi will be about a 75-minute ride, and from Biarritz Airport, 45 minutes (so plan accordingly).

If you want to see San Sebastián in two hours in the morning or afternoon, we recommend walking along La Concha Bay. You should start by the aquarium at the port near the Old Town, and then follow the white railing of La Concha from the city hall all the way to Ondarreta Beach. By walking the bay, you’ll get to see most of the city’s most important sights, including the Royal Palace (Queen Maria Cristina’s vacation house) and The Comb of the Wind, a composition of sculptures created by Basque artist Eduardo Chillida. If you have time, stop by a bar for some pintxos and a glass of beer before heading home.

If you’re in San Sebastián for an evening or nighttime layover, we suggest a pintxo crawl! There’s no better way to understand a culture than trying out its food, and here in the Basque Country, we are proud of it.  The Basque way of crawling consists on hopping from one bar to another and having only a glass and a pintxo per bar. But because a couple hours are not enough to enjoy all of our food, we recommend increasing the number of pintxos. Make sure to try the bars’ specialties and go for the hot pintxos on the menu or blackboards, as they are typically the best. We recommend going to two or three different places, in the Old Town and Gros if possible.