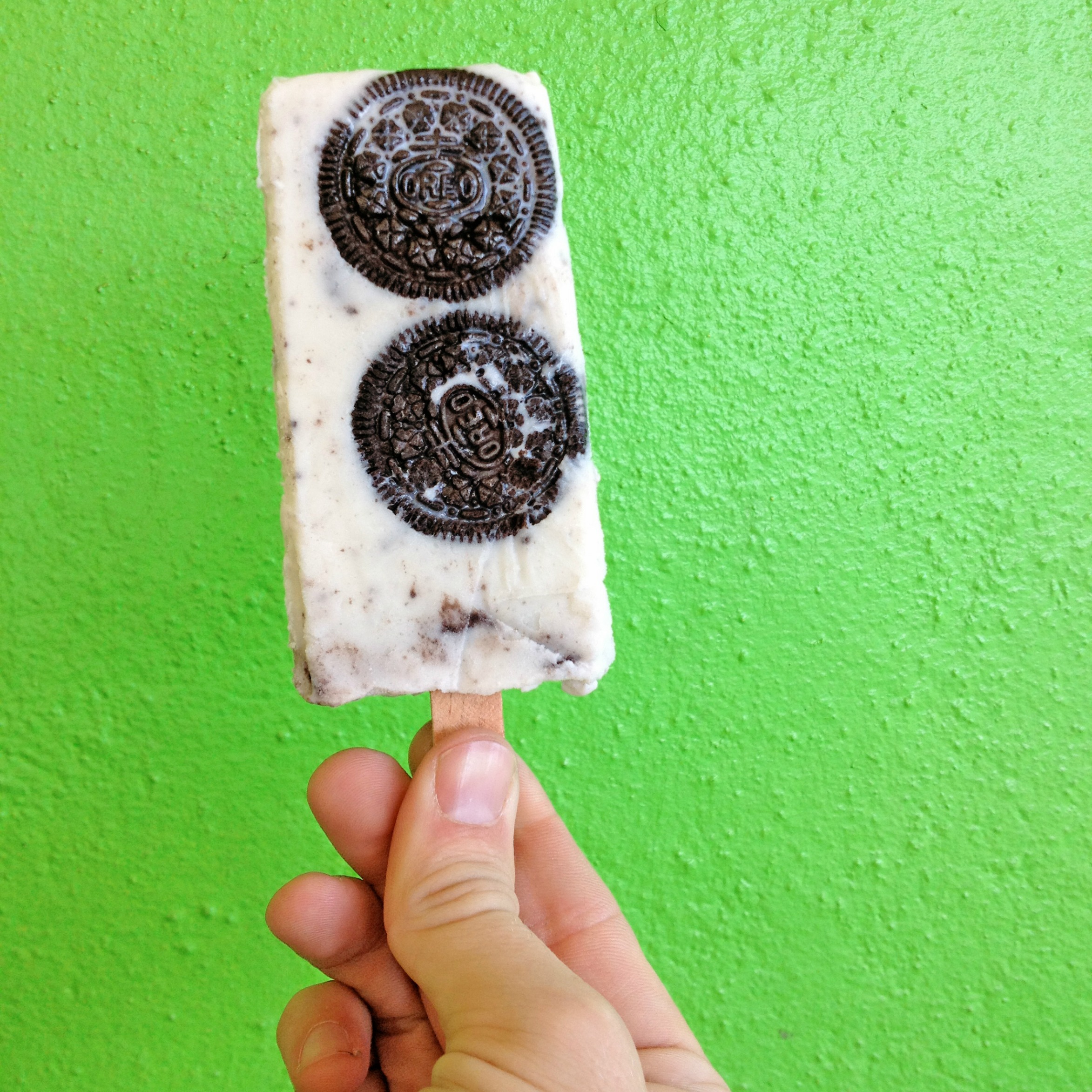 Okay, so you’ve got a mere 24 hours in Tijuana. How are you going to spend it?

If you answered shots of tequila at the beach followed by a hangover, step aside, please — you’re in the wrong city. Leave the spring break shenanigans to those other resort towns, and instead go for gourmet tacos and an oh-so-cool cultural experience. All it will take is one day to discover that Tijuana isn’t at all like the TJ you thought you knew.

Party-hearty Tijuana is at its freshest and essentially spotless of tourists at this hour, which gives you carte blanche to stroll its streets and interweave with locals during their morning commute as if you were one yourself. The city centre (Zona Centro) and nearby La Cacho neighbourhood especially beckon, as they slowly open their eyes to the day, with shopkeepers mopping the sidewalks and food vendors firing up their grills.

Pop into a bakery (panadería) for bag full of fresh pan dulce — Spanish for sweet bread, Mexico’s answer to the doughnut — that’s still warm from the oven. Then grab a coffee to go at one of the city’s swank cafés like Das Cortez, Jacu, Caffe Sospeso, or LaStazione before heading to a nearby park. Zona Centro’s Teniente Guerrero (at Cinco de Mayo and Third Street) is the city’s oldest public green space and sets the scene for quintessential people-watching mere blocks from the border fence while you fuel up for the day.

Just across the street from Teniente Guerrero is San Francisco de Asis, one of the city’s oldest and most impressive churches. Built in the early 1950s, it’s best known for its eclectic blend of gothic, contemporary, neoclassical, and renaissance architectural styles. Stop in for a quiet moment alone to cap off your morning before diving in to what’s sure to be a typical day in Tijuana: unforgettable sensory overload.

No place makes for a plunge into the true side of a city like a meal at one of its traditional markets. Two of Tijuana’s most iconic are Mercado Miguel Hidalgo in Zona Rio — the city’s oldest open-air market — or Mercado Municipal in Zona Centro near the cathedral, which once served as the city’s original jailhouse. Head to the former for unforgettable omelettes bulging with Oaxacan cheese and huitlacoche (a type of corn fungus, a delicacy of southern Mexican cuisine), and the latter for international favourites like chilaquiles or huevos rancheros.

If you’re still on the street, keep an eye out for any of the crowded carts selling tacos de birria, a stew-like spiced meat (usually beef or goat) spooned into warm corn tortillas and topped with chopped onions and cilantro. It’s a dish that’s especially popular in the mornings.

Mercado Municipal is within walking distance if you’re coming from Teniente Guerrero Park. Or, if you’re starting your day closer to La Cacho or Zona Rio, Mercado Hidalgo is walkable or a quick cab ride away. 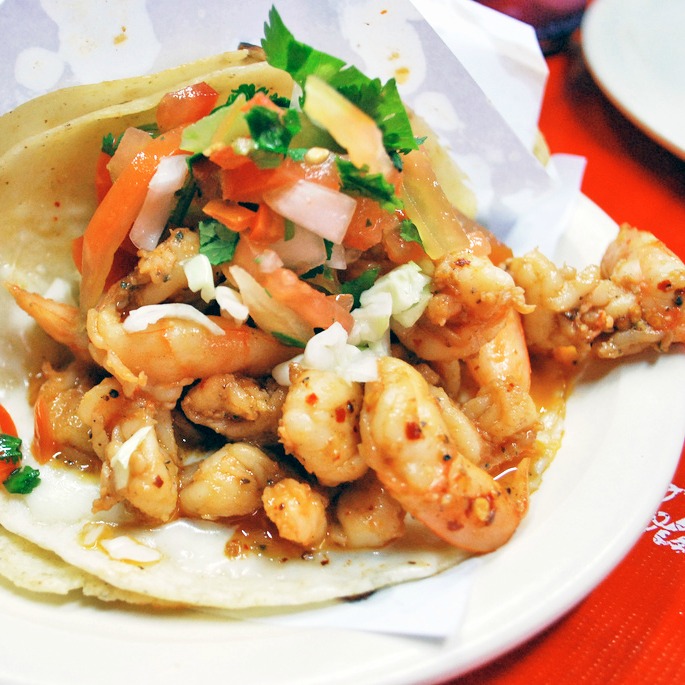 A hub for transplants from all corners of the country, Tijuana is a gastronomic melting pot that’s also home to one of northern Mexico’s most reputable culinary schools, Escuela de Arte Culinaria. As a result, new eateries are constantly popping up all over the city, vendors of creative fusions that pull their inspiration from Tijuana’s eclectic mesh of world-class fine dining and vibrant street food culture.

A one-stop-shop for some of the most diverse sampling of the town’s best is at Telefonica Gastropark in Zona Centro (at Avenida Ocampo and 11th Street), a formerly vacant lot that’s now occupied by some 10 different food trucks. The collective menu include tacos stuffed with stuff from both land and sea, artisan sausages, Mexicanised burgers, Tokyo-worthy ramen and plenty more, plus a wide selection of locally brewed craft beer. From Mercado Municipal, getting to Telefonica is a quick 15 minutes by foot or five minutes by taxi.

If breakfast had you at Mercado Hidalgo, you’ll likely want to visit the Zona Rio counterpart, Food Garden, an open-air food court on Boulevard Sanchez Taboada and Mision de San Diego that serves up just as diverse a menu, and even features live DJs on the weekends, too. From Hidalgo, you can walk to Food Garden in about 15 minutes, or take a short 5-minute taxi ride.

Dessert awaits just two blocks away from Hidalgo at Tepoznieves, an artisan ice cream parlor whose more than 80 flavours include the tried and true — vanilla, strawberry, chocolate and so on — plus variations unknown to the majority of the rest of the Western world: cactus fruit, soursop, corn, avocado, cheese, tequila, mescal, and more.

Full of food truck deliciousness, make the trek 10 kilometres west (you may want to hail a taxi) from Zona Centro to Playas de Tijuana, the absolute northernmost corner of not just Mexico, but Latin America, too. And don’t forget your swimsuit.

Here is where the fence that divides the United States from Mexico — 4 metres high and 500 kilometres long — trails into the Pacific Ocean. And it’s also where the city’s entire border identity — and its complexity — becomes more than blatantly obvious. You can watch a wave literally divide itself into two countries, with the San Diego skyline in plain view 20 kilometres to the north and the U.S. border patrol’s Jeeps and watchtowers just a stone’s throw away from the parallel universe on the Mexico side, which includes carts selling churros and corn on the cob, earsplitting live banda in the air, and families picnicking on the beach. It’s inarguably surreal.

Just to the south is where a recently renovated boardwalk begins, making for a picturesque stroll that stretches some two kilometres along the shore, past cafés, restaurants, and dozens of murals by some of the city’s most recognised street artists, before looping back again. Bring a towel and a change of clothes and enjoy a beach that’s beloved by locals for its rugged beauty but often overlooked by visitors who rarely think to wander this way.

Old raps die hard, and perhaps for many around the world, Tijuana maintains the stigma of a washed-up, shot-up border town. Truth be told, this is anything but the case — but it actually creates the perfect filter for keeping those sort of opinions far, far away, leaving the rest of us to enjoy such a unique place.

Mexico’s California dream is not only the largest city on the 2,000-mile border with the United States, but combined with San Diego, the bi-national metropolitan population totals an estimated 8 million. What’s more, some 8 million people enter and exit the country via Tijuana annually, making this the busiest border crossing in the world.

All this sets the scene for an unbelievably cosmopolitan experience once the sun’s gone down just south of the border. Wash down and dress up for dinner at any of Tijuana’s international culinary media darlings: The New York Times‘ favourite Misión 19, Caesar’s Restaurant (the birthplace of the universally famous salad of the same name, believe it or not), or local favourites El Taller, Verde y Crema, Erizo, La Querencia, Casa Plascencia, La Justina, La Corriente, Baja Craft Beers, or Maiz.

Then cab it to Sixth Street in Zona Centro for flights of flavoured mescals and dancing to DJs from both near and far alongside local stars both fashionista and futbolista at places like La Mezcalera or Mous Tache, followed by tequilas and caguamas — Mexican mega beers — at nearby classic cantinas like Dandy del Sur or Tropics.

Or, if you happen to be closer to Zona Rio, head to Plaza Fiesta on Paseo de los Heroes, an outdoor mall full of small pubs and clubs that never fails to make for a enjoyable (albeit blurry) night out on the town.