Blog > 5 quirky sites in Barcelona that most tourists never see 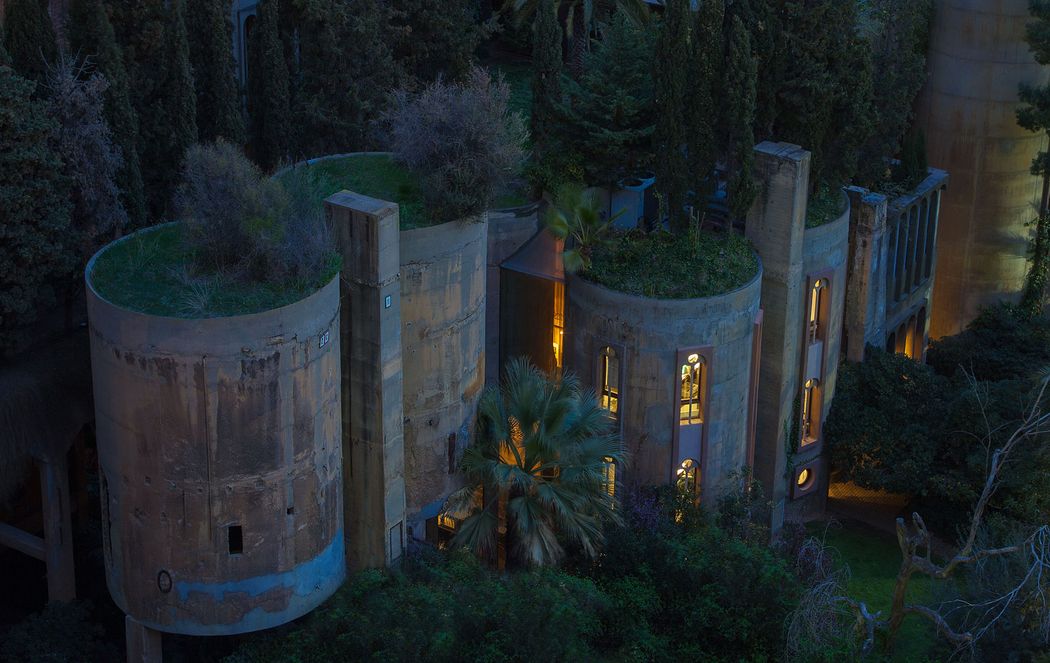 5 quirky sites in Barcelona that most tourists never see

Around the world, Barcelona is famous for tourist attractions like the Sagrada Familia, the Ramblas and Barcelona FC’s Camp Nou. But the Catalan capital is also home to a variety of unique attractions that few visitors — and even locals — have ever heard of. From supercomputers hidden in churches to toxic fountains, here are some of the wildest experiences Spain’s second biggest city has to offer.

Hidden away on the wrong side of Montjüic, Barcelona’s historic hill, this unique museum doesn’t get too many visitors. This is a real shame because there are few better opportunities to understand a society than through its perception of death.

The museum is comprised of 13 opulently decorated carriages, including the Stove, which was used to ferry the city’s elite to their final resting place. You can also find carriages designed to carry mourners and three motor hearses, which began to supersede horse-drawn vehicles during the 20th century.

At first glance, the grand exterior of Torre Girona does not look too out of place in the leafy suburbs of Pedralbes. Originally a 19th-century Catholic church that was rebuilt after the Spanish Civil War, the building remained a house of worship until it was deconsecrated in the 1960s.

Since 2005, the converted church has been home to MareNostrum (“Our Sea,” the name given by the Romans to the Mediterranean), one of Europe’s most powerful supercomputers. With an area of 120 square metres, it is capable of performing an astounding 14 quadrillion operations per second.

Part of the Polytechnic University of Catalonia, the machine has been used in human genome research, weather forecasting, microchip research and the design of new drugs. While it has since been superseded by several larger computers, MareNostrum is undoubtedly worth a visit for its unique merging of traditional and modern.

READ: Where to find the best tapas (and more) in Barcelona

Located just outside Barcelona, La Fábrica (“The Factory”) is the home and workshop of renowned Catalan architect Ricardo Bofill. Originally built as a cement factory during Barcelona’s Industrial Revolution, the complex of silos, underground tunnels and engine rooms were purchased in 1973 by Bofill’s firm, Taller de Arquitectura. Since then, the company has worked to transform it into a marvel of modern design.

Bofill and his team spent many years adapting the factory to fit their needs. A huge cement space on the first floor was converted into Bofill’s living room, while other parts of the building house a library, living and dining area and The Cathedral, the firm’s exhibition hall. Outside, the once barren exterior is surrounded by eucalyptus, palm trees and other vegetation.

Despite La Fábrica being one of Bofill’s greatest achievements, he still believes it will always remain “an unfinished work.” And while it might lack the grandeur of sights like the Sagrada Familia, La Fábrica will remain a lasting testament to one man’s vision.

The wide, tree-lined streets of Avinguda del Tibidabo seems an unlikely place for a bunker built by the Soviet Union. But in Barcelona, things are rarely as they seem. Built in 1918, by wealthy industrialist Salvador Andreu, the former family home was taken over by the USSR at the beginning of the Spanish Civil War and repurposed as the Soviet Consulate. The building was under fire from Mussolini’s air force from the very beginning and so, in 1937, Soviet Ambassador Vladimir Antonov supervised the building of an underground bunker. The bunker had all the necessary facilities to withstand a prolonged assault, including a kitchen, toilets, a generator and an emergency exit. Meanwhile, the upper floor was used as a communication centre by the Soviet secret police and the mansion was connected to nearby Tamarita House, which housed a prison and interrogation facility.

After the war, the building was returned to the ownership of the Andreu family, who sold it to Mutua Universal, who run guided tours of the building.

For over two millennia, the mines in the Spanish town of Almadén produced more mercury than any other place in the world. But for the convicts and slaves that were forced to work there, life was harsh and unremitting. Around a quarter of the prisoners died before completing their sentence and almost all of them suffered from trembling limbs, insanity or one of the many other side-effects of the poisonous metal.

During the Spanish Civil War, the Republican government decided to commission a monument to the mine, mainly due to the fact that it was under siege by Franco’s Fascist forces. They hired US sculptor Alexander Calder to build an elegant fountain that pumped mercury instead of water. In 1937, it was displayed at the Paris World’s Fair, where it was given pride of place alongside the most famous artwork of the Civil War, Pablo Picasso’s Guernica. It now resides at the Joan Miró Foundation in Barcelona, where its toxic beauty mesmerises its thousands of visitors every year.