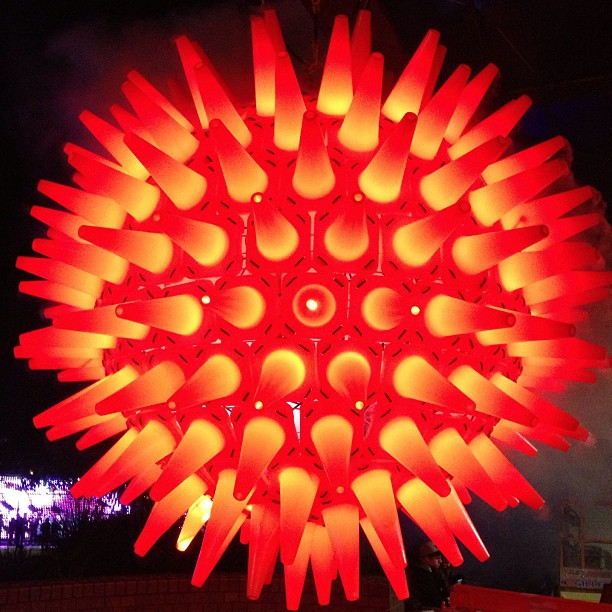 We’ve all heard of Carnival, Coachella, and Oktoberfest, but the world is full of festivals, many of which we’ve never heard of. The good news is, the world is big enough for them all!

Here are our picks for seven festivals around the world we bet you’ve never heard of.

When: Fridays from 8am to 8pm, Mid-March to October, weather permitting.

What: Every Friday during the summer, Pogacarjev trg Square in the centre of Ljubljana is transformed into the biggest open kitchen in the city. A quirky and unique open food market, Open Kitchen hosts more than fifty amazing chefs who prepare a mixture of food from traditional Slovenian food to Egyptian, Russian, Mexican, Balkan, Argentinian, and more! Most portion cost 5 EUR, and it’s perfect for grabbing a quick lunch or meeting up with friends after work for some Slovenian wine.

What: A music festival let by women, for women, this festival is a cultural event designed to bring together female artists and trance experts. It’s a huge local event with tons of different performances in the Gnawa and trance styles popular with locals. When: April 28th every year

What: San Prudencio was a 6th Century saint born not far from Vitoria, the official capital of the Basque Country, and not far from San Sebastian. Celebrations include religious aspects, but most people come to Vitoria to shop or browse at more than a hundred street stalls offering local products like cheese, jam, bread, and other tasty treats. Traditional foods eaten at the festival include chorpian (Basque hot dog), caracoles (snails! pictured above), and talos (like a corn tortilla).

4. Independence Day of the Republic of Uzupis When: April 1st every year

What: Formed in 1997, the Republic of Uzupis is a district in Vilnius’ Old Town that has its own constitution and generally runs independent of the rest of Lithuania’s capital city. April 1st is the unofficial official Independence Day of the Republic of Uzupis, and is celebrated with a big party that welcomes everyone and anyone. Can’t argue with that! What: Who doesn’t love a good story? This one-of-a-kind festival, presented by Penn’s Master of Liberal Arts Program and Harmelin Media, celebrates the power of personal stories. The 10-day festival honours storytelling through theatre, writing, dance, and more at venues throughout the city. What: One of the most celebrated festivals in Kerala, it celebrates the return of the mythical, righteous King Mahabali, which means the day is meant to be a day of enjoyment for all! Locals celebrate by making flower carpets and indulging in Onam Sadhya, a traditional lunch. What: Every year around this time, Sydney is lit up with music, ideas, and literally lit up with lights. The sight is pretty epic, with the city transforming into a free public exhibition of outdoor lighting sculptures and installations (even the Opera House gets a new look!). Sydney may be gorgeous in the summer, but if you end up there in the fall, plan your trip around Vivid Sydney – you won’t regret it!

PSSST! Can’t make it to Sydney but want to catch all the action? Our local team will be doing the Local Takeover on Instagram starting May 23! Follow us on Instagram and experience Vivid Sydney for yourself!

We know there are hundreds of other amazing festivals all over the globe – which ones are your favourites? Tell us in the comments below!