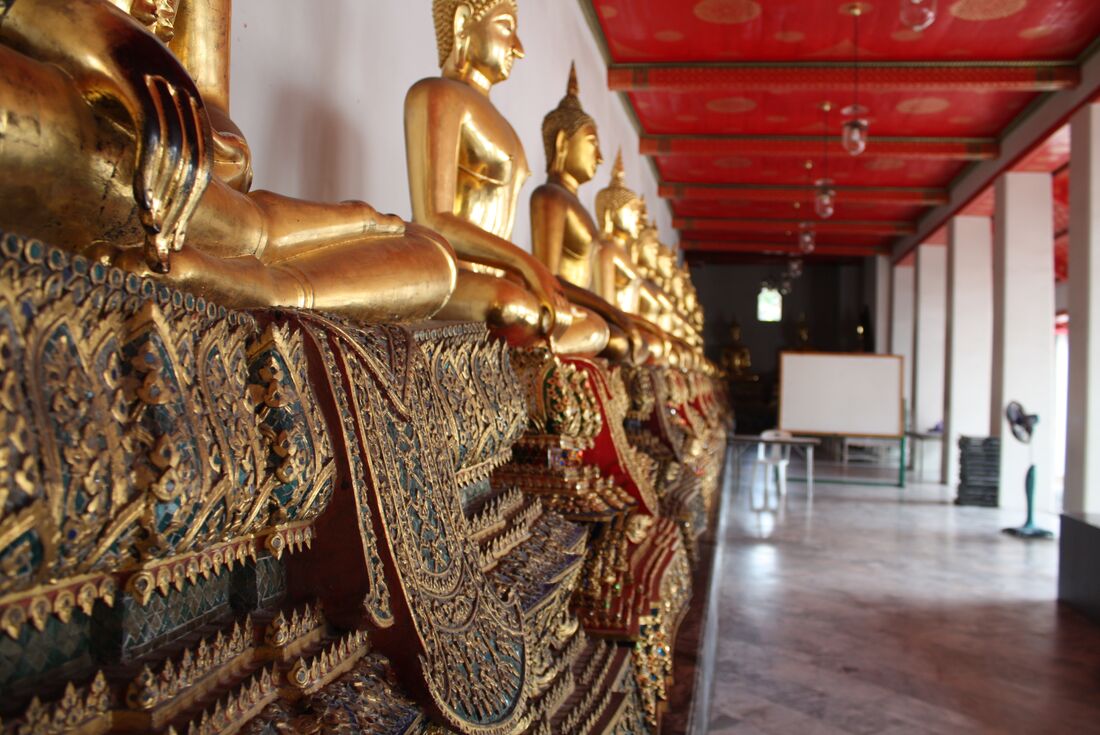 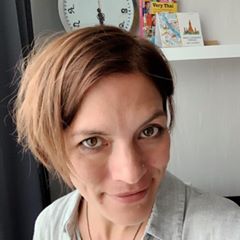 While the rules of exactly what you can or can’t wear might vary from temple to temple, the basic rule is to dress modestly. This means at the very least covering your shoulders and knees. This is about being respectful so it’s more appropriate to wear a t-shirt than to wrap a scarf over a sleeveless vest, although that may be permitted. Likewise, it’s better to wear longer trousers or skirts than to loosely wrap a beach sarong over your shorts. Think of it like meeting your mother-in-law for the first time or going to church on a Sunday. We’re not suggesting you put on a suit and tie, but loose, lightweight, long clothing is both respectful and cool in the hot and humid Bangkok climate.

Dress requirements to enter the Grand Palace and Wat Phra Kaew are particularly strict. Ensure your clothes cover your shoulders and waist (scarves or shawls worn over sleeveless tops are not permitted). Trousers must be ankle-length, and skirts below the knee. It is also not permitted to wear ripped, torn or see-through clothes or items that are very tight fitting such as yoga pants or leggings. Shoes should be removed where indicated by signs (or where you see others have left their shoes), usually to enter any of the buildings. Hats and sunglasses should also be removed although it doesn’t always say so.

Think of a temple like a library. People (including monks) may be praying, meditating or calmly contemplating Buddhist philosophy. Locals may also be here to observe the beauty of the surroundings just like you. Either way, treat them with respect by trying not to get in their way or disturb them unnecessarily.

Avoid overt shows of emotion, whether excitement, frustration or affection – public displays of affection are a no-no anywhere in Thailand and even more so within a temple. Put your phone on silent, don’t shout out to your friend if they’re far away or run across the courtyard to catch up with them, and while you don’t have to whisper, it’s polite to keep the volume of your conversation low.

Show Respect for the Monks and the Buddha

The Buddha is considered sacred in Thailand; it’s seen as disrespectful to have a Buddha image in a bar, bathroom, printed on t-shirts or as tattoos. You might see plenty of Buddha souvenirs in other parts of Asia, but in Thailand it isn’t appropriate.

You shouldn’t touch Buddha statues, or lean or sit on their pedestals or other temple structures such as chedis (stupas) – they may have Buddha relics or someone’s remains within them. We wouldn’t rest against a headstone or memorial at home – these structures within temples should be respected in the same way.

Keep a reasonable distance from Buddha images and rather than turning your back on them in close proximity, it’s polite to back away a little before you turn to leave. Selfies with Buddha images are inappropriate for this reason.

Monks are also revered in Thailand, and while many are quite friendly and might be happy to chat with visitors, you should treat them with the same kind of respect as you would a teacher when you were at school. Most importantly, if you’re a woman don’t touch the monks. If a monk is walking towards you it’s also polite to step to the side to allow them to pass.

It’s generally acceptable to take photographs of Buddha statues (or images as they’re referred to in Thailand) and of areas of worship unless there’s a sign telling you not to, but just like anywhere you travel, it’s polite to ask people if they mind having their photograph taken, including monks.

In Thai culture pointing with the index finger is considered impolite. When you’re in a temple and want to point out some interesting details to your friends or ask your guide about something you see, it’s easy to forget this. The local way is to use all four fingers to gesture in the right direction with the palm facing up.

Equally important in Thai culture is not to point your feet towards the Buddha – you’ll see that local people sit with their feet tucked towards the back of the room. They don’t put their feet up on tables or a spare chair opposite them and its good practice to try to remember to do the same.

You’ll see donation boxes in temples which local people will donate to as part of their merit-making practices. For this reason, where entrance fees are charged to tourists, the locals don’t need to pay. They will very often make greater donations than the entrance fees that are charged. These donations should be used for the maintenance of the temple, to support the monks. and for community projects as well. It’s not compulsory to donate, but if you’ve visited a temple without an entrance fee and enjoyed the experience, you could drop some money in the box.