Blog > How to avoid the tourist traps of Bucharest 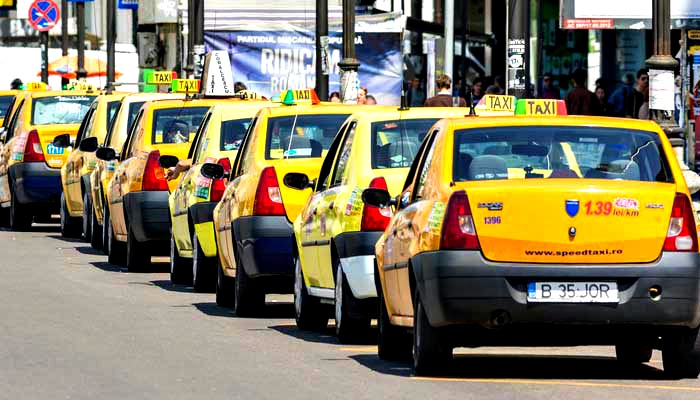 How to avoid the tourist traps of Bucharest

Bucharest is the charming capital of Romania, and with its buzzing nightlife and true Eastern European flair, the sixth-largest city in the European Union should definitely be a stop on any European adventure. Once nicknamed “Little Paris,” the city has architecture that’s a must-see for enthusiasts, as the move from neo-classical and art deco buildings, to communist-era, and later, modern buildings, depicts Romania’s movement over the course of history. If you’re a history buff, you’ll be glad to know that Bucharest has some of the best museums around, and plenty of restaurants and cafés serving up delicious food when you need a break from the intense history lesson. While Bucharest is a terrific city in which to get lost, as the city grows economically and the number of tourists visiting increases, all that development leads to the growth of the ever-infamous tourist traps. But hey, don’t worry, we’ve got your back — we’ve compiled a list of some of the most common tourist traps that you should watch out for! Never get in a taxi that isn’t metered!

A taxi ride from or to the airport should never cost more than 25-30 RON (Romanian Leu; pl. Lei). Never get into a cab if the driver refuses to turn on the meter — you’ll likely end up paying way more than you bargained for. Uber is also a good option. While the Old Town is definitely the most touristy area of the city, it’s not a bad place to hang out if this is your first time in Bucharest. But we do recommend visiting other neighbourhoods in the city, as we think you’ll have a much better time there. Check out Amzei Square and Benjamin Franklin Street and the surrounding area for a true local experience! The cosy interior of ‘My Romanian Store’

Like most people, you’ll want to commemorate your trip to Romania with items that will remind you of your experience, and maybe even bring back items for family and friends. While fridge magnets, keychains, mugs, and the like are fine to purchase in souvenir stores, don’t buy anything that is “ethnic” or folk-looking. It’s pretty much guaranteed that these are mass-produced items from abroad, and you’ll be paying way too much money for what they’re worth. For genuine Romanian folk and artisanal items, go to the Village Museum’s Shop (28-30 Kiseleff Bd.) or My Romanian Store (6 Episcopiei St.) You’ll find a better selection of items to choose from that are actually authentic! When in Bucharest, by all means, do try traditional Romanian cuisine! With its perfect mix of Eastern European, Balkan, Russian, and Western cuisine, we guarantee that it’ll be one of the highlights of your trip. However, finding the right place that serves it is a tricky matter. The most famous Bucharest restaurant, Carul cu Bere, is a beautiful space, full of charm, tradition, and history; however, it’s good to note that more than 75% of their customers in 2015 were tourists. While the food is great, if you’re the kind of traveller who wants to dine alongside locals, it’s probably not the best spot to do so. As a general rule (with very few exceptions), it’s probably in your best interest to avoid dining in the Old Town. Try one of the Zexe restaurants or Hanul Berarilor Interbelic. If you’re really looking for authenticity, join us on an Urban Adventures tour that guarantees that a delicious, home cooked meal awaits you! The rooftop of the Parliament building

No matter how appealing this tour may look, just don’t do it. The tour that is offered of the Parliament is the very definition of a tourist trap. By all means take pictures, and walk around yourself, but you’d be better off spending your hard-earned money elsewhere. We recommend going around the back of the Parliament building and visiting the National Contemporary Art Museum instead, which is housed in the Western wing. Not only will you get to see a truckload of cool, contemporary art, but you’ll also get a chance to visit the rooftop of this gigantic building!

Bucharest just might be Eastern Europe’s best kept secret. “Little Paris,” as it was called by the first travellers, combines French sophistication with true Balkan passion for a bit of chaos and a whole lot of culture (and delicious food!). Few other cities better embody the wonderful clash of East and West, with plenty of friendly, loud, and colourful locals ready to welcome you.