Blog > Where to get the best bougatsa in Thessaloniki 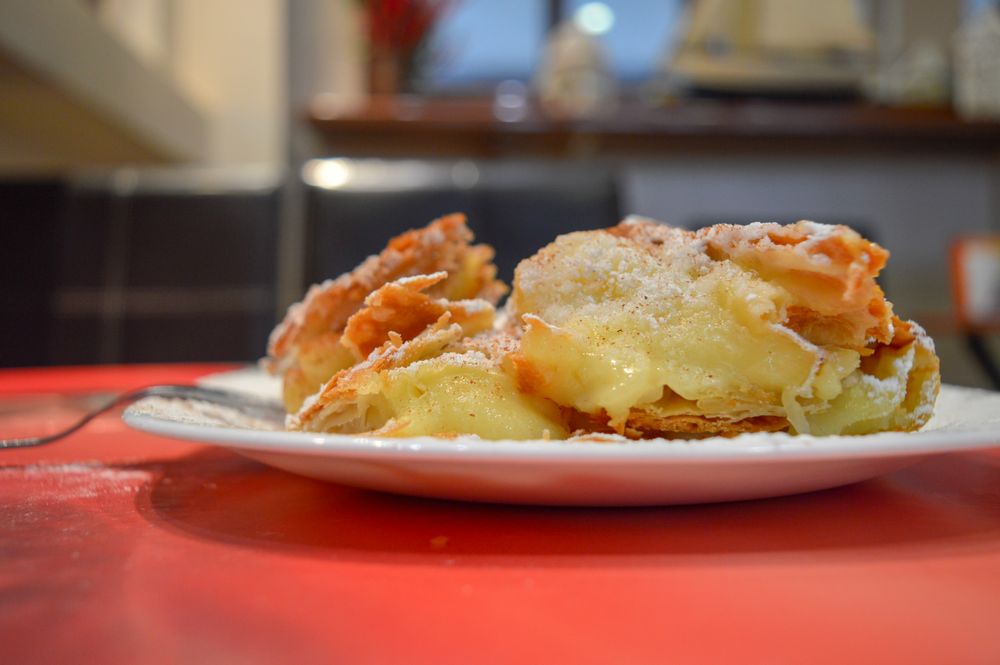 Where to get the best bougatsa in Thessaloniki

Bougatsa is a Greek breakfast pastry consisting of semolina custard, cheese or minced meat filling between layers of phyllo. And in Thessaloniki, locals know that the best bougatsa can be found at Romfea.

A small shop with just two indoor tables and two outdoor tables in the summer months, Romfea is definitely cozy, and owner Nektaria has called it home since 2007. After noticing a shift in the city’s culinary scene to accommodate more cafes and restaurants, she opened her shop in what has long been an infamous area of Thessaloniki.

The name ‘Romfea’ actually has nothing to do with bougatsa; it was the name of the previous shop, and Nektaria didn’t bother to change it. A romfea was a narrow bayonet weapon used by the Thracians around 400 BCE.

Nektaria’s bougatsa is well-known throughout the city, thanks to her unique take on the recipe. Her version does not contain as much fat as many others, as she uses confectionery cream rather than cream made from semolina. Her recipe has worked to make her famous. Despite Romfea’s location away from the more popular districts, it has become one of the best-known bougatsa places in Thessaloniki, with a steady stream of regular customers who have been coming for the past 11 years.

What to order: Bougatsa, of course!