Blog > This street vendor sells the best falafel in Paris 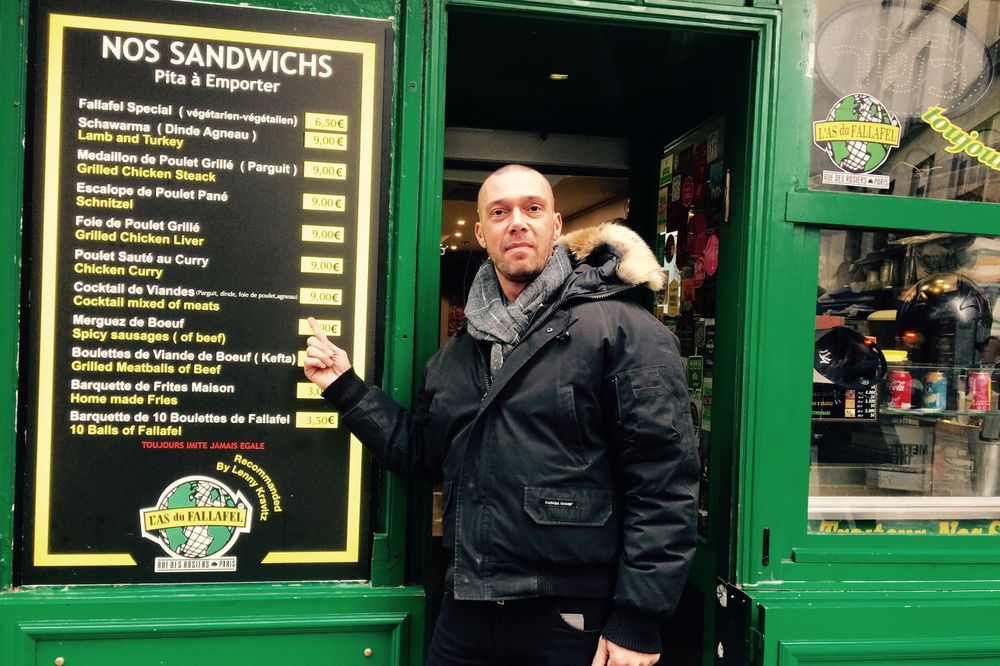 This street vendor sells the best falafel in Paris

Come rain, shine or even snow, you’re always sure to find a long line leading up to this family-owned Middle Eastern restaurant and street vendor: L’As du Fallafel. Located in the Jewish district of Paris (known as the Marais) on the busy street of rue des Rosiers, it’s not the only place where you can buy falafels and shawarma, yet there is no competition when it comes to where tourists and locals (including our own local Paris tour guides!) choose to flock. What’s surprising in all this is that the owner, Yomi Peretz, says he has never done any advertising or marketing.

So, what’s their secret to what every local considers to be the best falafel in Paris?

One afternoon I sit down with Yomi, to find out what exactly makes this place so special. He tells me he inherited ownership of the restaurant from his parents, Daisy and Isaac. The legacy began when his family immigrated from Israel to Paris back in 1979, to open the first place where you could buy a falafel in France. Daisy was behind the ingenious idea of importing traditional Middle Eastern cuisine to the heart of Paris. She had learned the famous recipe back home from a grandmother figure, who would cook for all the neighbours in the area where they grew up.

During the early days, L’As du Fallafel was a kosher supermarket with only a small corner dedicated to falafel, with Daisy as the sole cook in the back. But over the years, due to increasing popularity just from word of mouth (and the help of some famous guests such as Lenny Kravitz and French actress Vanessa Paradis), this little corner shop’s falafels became the main attraction. So, Yomi and his family made the wise decision to close the supermarket and turn it into a full-time restaurant. 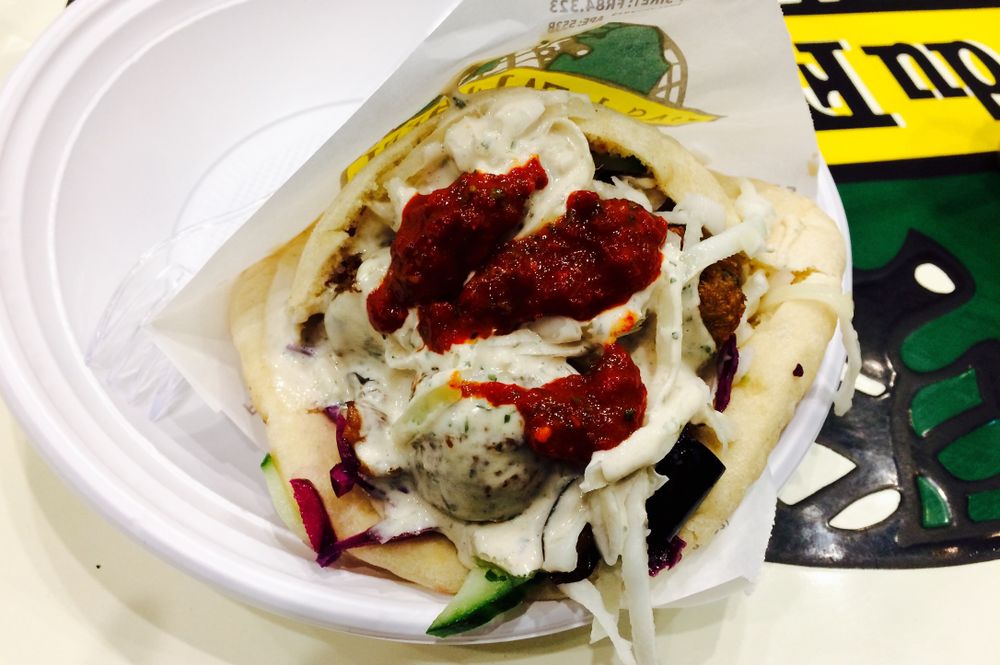 Hands down, the best falafel in Paris is right here | Photo by Paris Urban Adventures

Today, Yomi, alongside his wife, sister-in-law and father, all still work at the restaurant. This little shop has come a long way but what’s most endearing is the fact that though Daisy has passed away, you can still feel her spirit inside its walls. As a memoir, Yomi shows me the framed poster with the logo of l’As du Fallafel hanging inside the restaurant, which under the right light, is also a hologram showcasing a photo of his parents.

If you’re passing through Paris and find yourself at l’As du Fallafel, you should of course order the falafel: a warm and fluffy pita bread, filled with falafels made of chickpeas and a slew of other ingredients including cilantro, white and red cabbage, tahini, hummus, grilled eggplants and their very own homemade spicy sauce.

Still wondering if it’s worth the wait?

Of course, part of what makes these falafels so great is the fresh and high-quality products chosen daily at the local market — but what makes l’As du Falafel truly memorable is something more.

“What makes us stand out is our savoir-faire,” explains Yomi. “When you want pasta, you go to an authentic Italian restaurant and when you’re craving a Middle Eastern falafel, you come to l’As du Fallafel. We are a true Israeli-owned establishment and understand Middle Eastern culture unlike the other French-owned joints.” .

So, what are you waiting for? As for me, I know, as I take a bite of a falafel loaded with flavour, that I have indeed, made the right choice.

How to find it: 32 Rue Des Rosiers, near metro Saint-Paul, facing the intersection at rue des Écouffes.

What to order: Falafel, of course!

When to go: Mondays to Thursdays, and Sundays from 11am to 11:30pm and Fridays from 12-4pm. Special note: They are closed Friday evenings and on Saturdays. To avoid the rush, either arrive early before 12pm or in the late afternoon after 3pm.