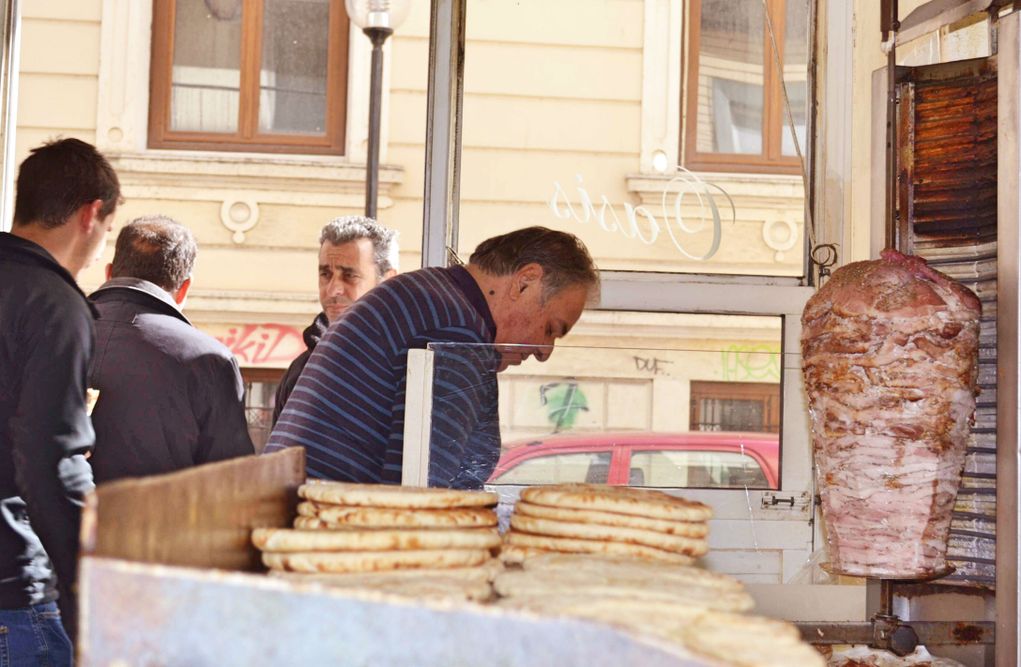 The tastiest gyro in Crete is a 50-year-old secret

How long can you keep a delicious recipe a secret, when there’s a steady stream of people begging to expose you?

For Nikos and Giorgos Solidakis, at least 50 years — and still keeping silent.

The Solidakis brothers opened their Oasis souvlaki (or gyro) shop in the heart of Chania back in 1967. And since then, locals have declared these siblings have got the best gyros in town.

Souvlaki (also known as gyros, depending on where you come from in Greece) is the country’s most popular street food. It consists of small pieces of meat (pork, lamb or chicken), cooked on a vertical rotisserie and served wrapped in a pita bread (a type of flatbread). In addition to the meat, the wrap usually contains tomatoes, onions, yogurt and fried potatoes.

At the Solidakis’ old-school, simple shop, locals queue up starting in the morning to ensure they’ll be served before the meat runs out and the brothers close up for the day. And even though everyone wants to know just what makes the gyros at Oasis the best, the brothers have managed to keep their recipe top-secret for five decades.

One thing we do know, however, is that Cretans are very particular about their Mediterranean diet, which is considered one of the tastiest and healthiest diets in the world. So if the locals love the food here, then you don’t need a stronger recommendation than that!

Be sure to visit before 1pm, as Oasis is a popular lunch spot for locals and crowds come early.

How to find it: Voloudaki 4, Chania 731 34. It’s located almost at the centre of Chania and a few minutes from the Central Market (Agora).

What to order: A gyro of course!

#localsknow where to find the best gyro in Crete