Blog > Must-try Mallorcan baked goods — and where to find them 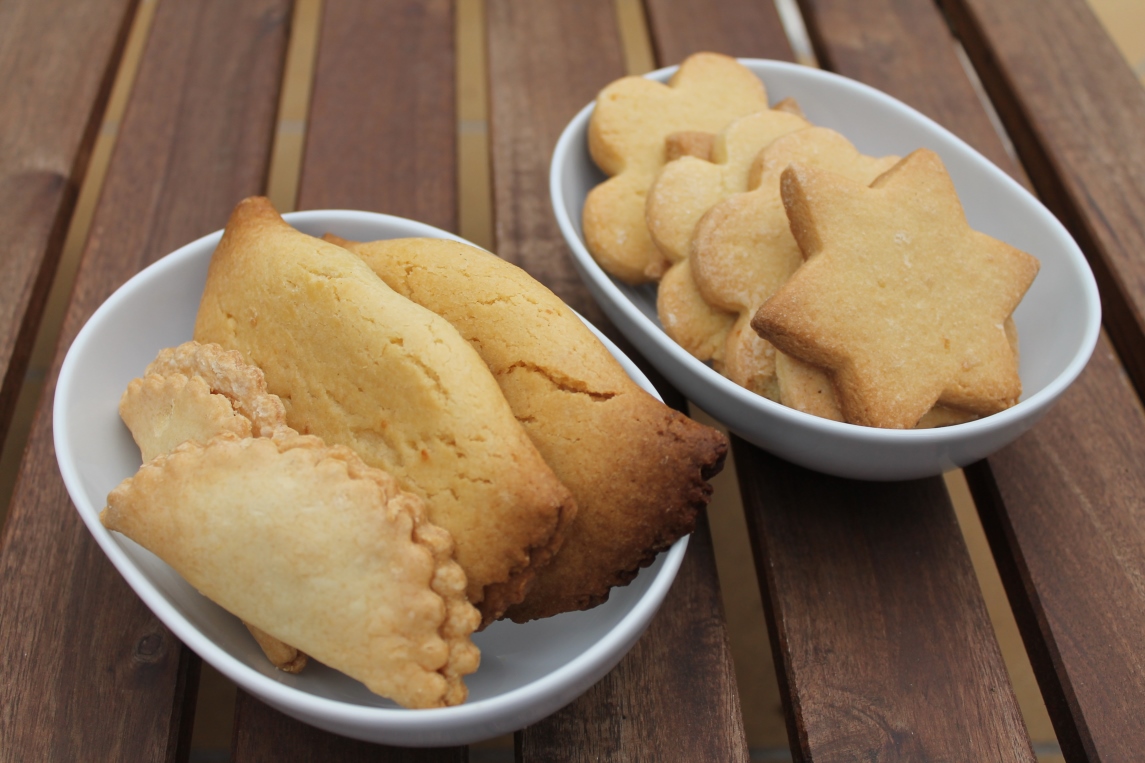 Must-try Mallorcan baked goods — and where to find them

The origin of Mallorcan pastry goes back to when the Christians conquered Mallorca in 1229. At that time the island was inhabited by Muslims, and when the Christians arrived, they forced the Arabs to convert to Christianity or be exiled. The same was then done with the Jews. To demonstrate to society that they had converted to Christianity and were no longer practicing Muslims or Jews, people began making many of the typical products of the island with lard or pork meat.

That is why much of Mallorcan confectionery has pork lard as its main ingredient. Of course, today there are also find vegan recipes which substitute animal fat for vegetable oils and meat fillings for vegetables, but the original recipes almost always include some kind of animal derivative.

And now that you have the historical context, let’s get to the good stuff! Read on for a rundown of the absolute best Mallorcan baked goods and where you can find them.

Llonguet: This is a type of oval-shaped bread with a groove on top. It is made with flour, water, olive oil, salt and yeast, and mainly used to make sandwiches. Fill it with ham, cheese, tomato — whatever you want.

Coca de trempó: Trempó is a typical Mallorcan salad eaten raw and made with onions, peppers, tomatoes, salt and oil. If you want to make coca de trempó, you’ll need to first make a dough with oil, water, salt and flour (this dough, unlike pizza, does not carry any yeast) and then put the salad on top before the whole dish is baked.

Panada: This meat pie (a Mallorcan empanada) has undergone several changes throughout its history. It used to be made with lamb meat, but today sobrasada (a typical Mallorcan sausage made of lard and paprika) is added to the filling. The dish is very typical on the island and works as a meal or a snack. It’s perfect for taking to the beach or your office, just as you would a sandwich. To start, a paste is made with lard, water, oil, salt and flour. Next, small pots are formed and stuffed with meat, or meat with peas and a little sobrasada. Then they are baked. You can find other varieties such as cuttlefish, chicken or even fish, but although they may seem a bit healthier than the original, the majority of panades continue to contain pork fat.

Cocarroi: Another specialty of the island, this is a kind of pie filled with vegetables, pine nuts and raisins. The traditional recipe usually contains lard, but olive oil can easily be used instead. The dough is very similar to panades, although with the distinction that the cocarroi can be made either as a sweet dough (with sugar) or as a savoury dough (without sugar). Both specialties can be found in practically all Mallorcan bakeries. The typical Mallorcan version that is known today is usually filled with vegetables or chicken with caramelised onions, although you can find them filled with fish in some establishments.

Pa de xeixa or bread of xeixa: Let’s start by explaining that xeixa is a type of wheat. The wheat of xeixa is an old type that arrived to Mallorca presumably with the Romans. In the middle ages, the highest quality wheat was called “xeixa” to differentiate it from common wheat. Today, xeixa wheat is highly valued due to its high resistance to the droughts that dominate the island. We consider it typical of Mallorca, although its cultivation is very limited and is at risk of regression compared to the current varieties of wheat commonly used in industrial bakeries. Compared to bread made with common wheat, bread of xeixa presents remarkable differences as far as flavour goes, and making this bread is as simple as making normal bread. The difficulty is in getting the xeixa wheat flour.

Ensaïmada: As the name indicates, this sweet treat is basically made of saïm (which means lard). It is the most typical example of Mallorcan pastry and is a snail-shaped bun, found both in small versions for individual snacking, or in larger versions for sharing. They come in different flavours: plain or filled with cream, cream, chocolate, sobrasada or apricot. It is also typical to start the New Year with a hot chocolate and an ensaimada. The ensaimada is very difficult to make at home because it takes many fermentation processes, and a special environment and equipment are needed. Therefore, we recommend that you order the large ones from one of the bakeries outlined in the next section. Also, remember that the ensaimadas need to be ordered 48 hours in advance.

Crespells and robiols: The crespell is a cookie that could be the result of the evolution of an ancient Greek cake, from the word krepis which meant “sole of a shoe” because of its fine and flat shape. Nowadays, there are many shapes of this cookie, like flowers, stars and hearts. The robiol on the other hand, is believed to be of Italian origin because it resembles the well-known ravioli and is stuffed with cottage cheese, jam or cabello de angel (a sweet dough made with the caramelised fibres of pumpkin pulp). One of the favourite traditions among Mallorcan people is for familes to gather on Holy Thursday and make crespells, robiols, panadas and cocarrois in the morning. Then, everyone enjoys what has been cooked and baked as a family. The crespells and robiols are the easiest to make and therefore best for entertaining the little ones and making them part of the tradition.

Coca de Patata or potato cake: As the name suggests, this is a sweet bun made with potatoes and is very typical in the town of Valldemossa. Its ingredients are potatoes, eggs, flour, lard, yeast and sugar and these are usually enjoyed with a nice mug of hot chocolate in winter or with almond ice cream in the summer.

Gató: The name of this almond cake is derived from the French “gateau” and it seems that it has its origin in the Galician cuisine of the 18th century. The story is that in 1679, on the occasion of the visit of Bishop Bernat Cotoner in the monastery of San Salvador, these cakes were served. This cake, which has remained a piece of island heritage, is the result of a symbiosis between French and Mallorcan cuisine, which with the extensive almond crops they grow, provided the raw material to make this delicate cake.

Where to stock up on Mallorcan baked goods

Now that we know how many delicacies we can find on our island, it’s time to talk about where you can buy them. There are thousands of bakeries in Palma and many more distributed throughout the island, but below you’ll find some of our favourites.

Can Joan de s’Aigo: Its founder, Joan de s’Aigo, started as an entrepreneur dedicated to transporting snow to make what today we know as ice cream. A short time later he started producing hot chocolate and ensaimadas. Today, Can Joan de s’Aigo is one of the best-loved places in Palma and still retains its traditional character. It is perfect for breakfast or a snack.

Forn Santo Cristo: Founded in 1910, this is one of the most popular pastry shops on the island. It remains true to its origins, preserving the roots, recipes and traditional methods. You can find several of these establishments scattered throughout the city and it’s worth seeking one out to taste their delicious ensaimadas and cocas.

Forn la Mallorquina: Founded 100 years ago, this has always been a bakery run by enterprising women. Here you will find all kinds of buns, cakes and high quality breads that all adhere to the most traditional methods and processes to give a genuine flavour to the pastry.

Forn Garau: My grandfather’s favourite without hesitation is a bit far from the centre of Palma, but the quality is unbeatable. Ensaimadas filled with cream or apricot will be a sure bet to give your loved ones back home. For the more daring, try the sobrasada with pumpkin — they are spectacular!

With all this information, I hope you’ll discover more about the gastronomic culture of the island and savour everything that Mallorcan pastry — both sweet and savoury — can offer you.