Blog > Where to find the best mici in Bucharest 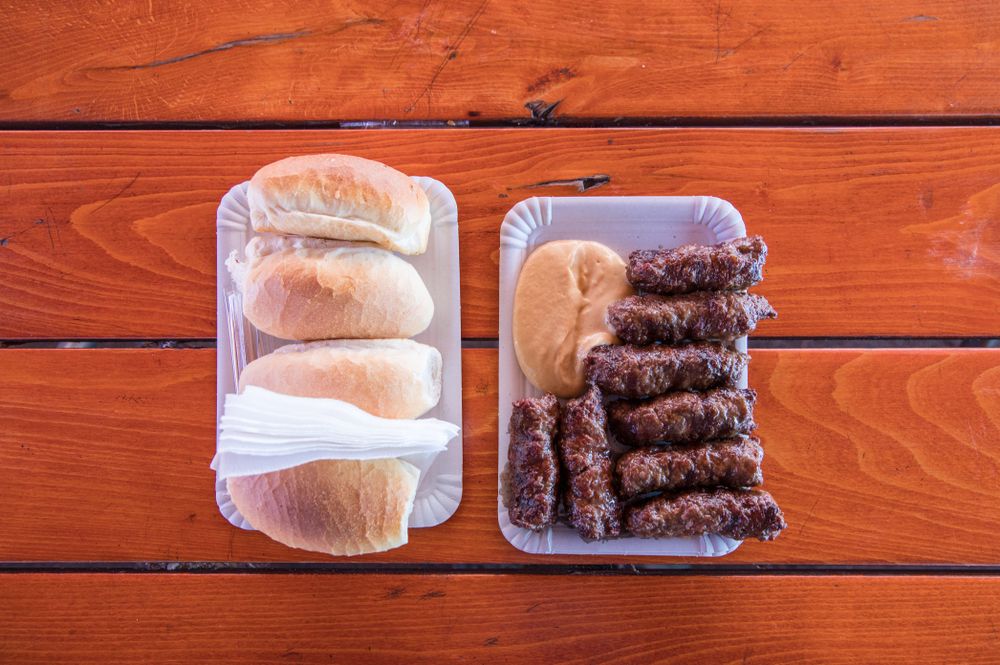 Where to find the best mici in Bucharest

The most beloved street food in Romania is skinless sausage, known as mici or mititei. Similar to a Turkish kebab or Arabic kofta, mici are clearly oriental, but due to Romania’s long and complicated history with the Ottoman Empire — which heavily influenced local cuisine — the street snack has taken on its own flavours over the years, to be distinctly and uniquely Romanian.

Mici (translated in English as ‘small ones’ or ‘little ones’) are a combination of two meats, usually beef and pork (pork is king in Romania!). The meat is mixed with secret spices, barbecued for a few minutes, and served piping hot alongside a fresh bread bun and mustard. And they are absolutely delicious. Order two to three mici per person and enjoy them on the spot. With a cold beer, of course.

In Piata Obor (Obor Market), Adrian has long been selling mici to market-goers; in fact, it’s a local custom that if you’re going to market to shop, you’ll also stop at Adrian’s Terasa Obor stall for a mici snack. Everyone and anyone is a customer here — from average Bucharestians to big-name lawyers, writers and politicians.

Terasa Obor not only serves the best and freshest mici in town, but it also serves an experience. Adrian plays loud traditional folk music to attract business during the day, but it’s not really needed as the aroma of the barbecue is enough to tempt you! Grab a spot and catch a view over the market, watching locals go about their daily lives. Obor Market is the oldest and largest farmers market in Bucharest, a true locals’ market, with very few tourists properly exploring it.

Adrian’s stall is simple, and he’s long rejected suggestions to modernise it; he says he wants his business to remain the traditional, affordable place that welcomes all who wander into the market, be they rich or poor. He opens his shop at 9am and is usually sold out by 3pm, so come early. Lunch is typically the busiest time to stop by, but if it’s too crowded to sit, you can also order takeaway.

Be warned: many of the restaurants in Bucharest Old Town will often have “mici from Obor Market” listed on their menus. Don’t be fooled, as these will rarely come close in taste or quality to what Terasa Obor delivers daily. And because of Terasa Obor’s location, right in the heart of the market, you know the mici will always be fresh!

What to order: Four mici, mustard and two fresh bread buns. Pair it with a cold beer!

How to find it: You can get to Obor Market by subway or ground transportation (bus, electric bus, tram). Enter the market (it’s about 100 metres’ walking distance from the bus/subway stations), and you’ll see the two main halls next to each other, as well as an open-air market which only runs in the summer. The food stall is located between those two buildings. Listen for the music; if there is no loud music playing, the stall is closing down for the day.

#localsknow where to find the best mici in Bucharest