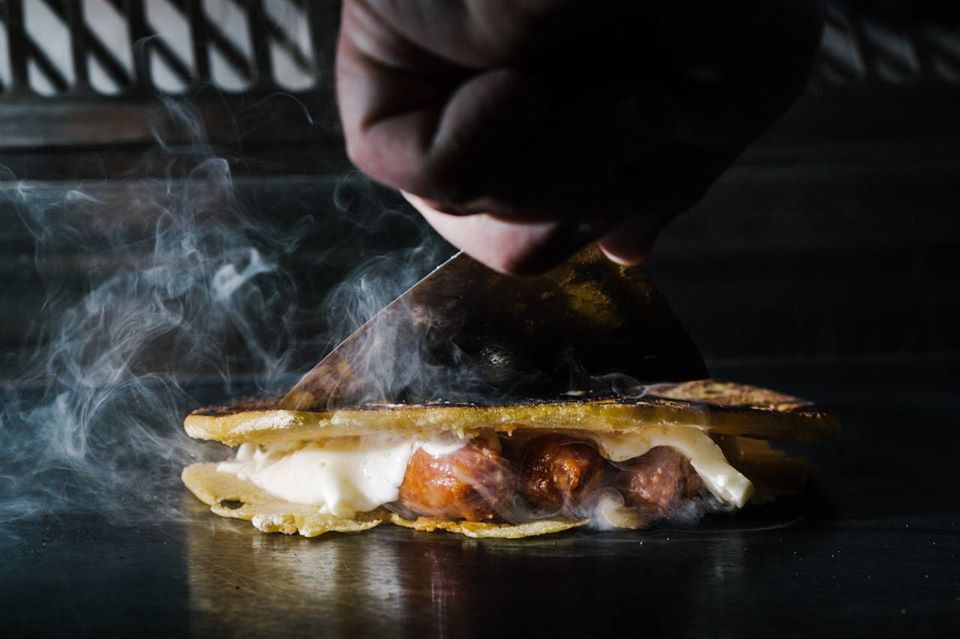 While San Sebastian might be much better known for its impressive pintxos than for street food, one street eat you will want to have on your radar in the city are talos. These are basically pancakes made with corn flour (similar to Mexican tortillas). Traditionally, talos are filled with txistorra, a Basque sausage similar to Spanish chorizo, but thinner and always fried. But nowadays you can find many variants: bacon, cheese (hot and oozing), and even chocolate! They are a special treat because corn flour is hardly ever used in Basque cuisine — you could say that, indeed, it is only used for making talos!

The talos served up by Marrakuku are just super tasty, making them a must-try in the city. The owner Jexux is extremely friendly and helpful and loves what he does. His stand is made even more exciting because San Sebastián is not traditionally known for street food – but this is one local dish you’re going to want to get your hands on. Before Marrakuku opened their shop over a year ago, it was only possible to try talos during the fiestas of the city (so maybe once or twice per year). Locals know, that now you don´t have to wait – you can enjoy them year-round. Hurray!