Blog > Where to find the best street food in Thessaloniki 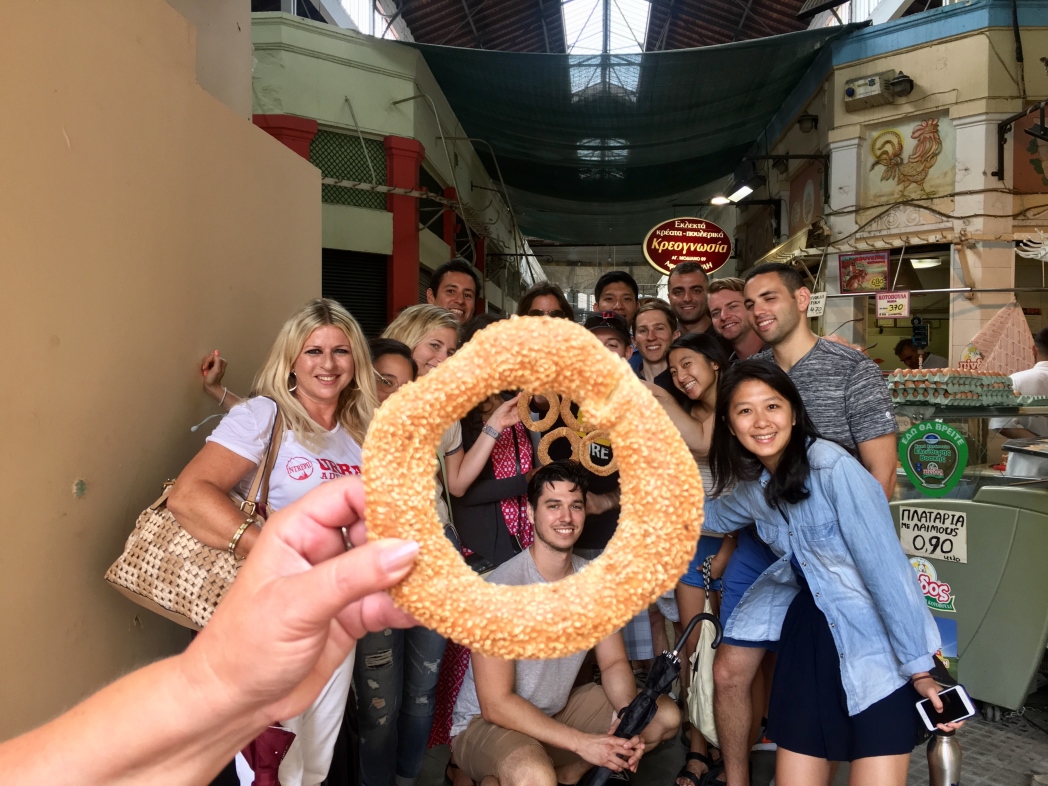 Where to find the best street food in Thessaloniki

If you’re spending just a weekend in Thessaloniki and looking for some affordable yet worthwhile places to eat, we suggest focusing your appetite on street food. Indeed, this diverse and multicultural city knows by heart what good street food is. The rise of this gastronomical phenomenon has been steadily growing over the past several years and Thessaloniki is full of great places that offer fast, cheap, but above all, high-quality food. Are you ready to discover the best street food in the city?

I’m sure you’ve most likely heard of gyros (Greek: γύρος) because it’s one the most delicious local dishes that you can find everywhere in Greece (and outside as well). Gyros is a dish made of meat, either pork or chicken, cooked on a vertical rotisserie, and served wrapped in a pita or bread with French fries, tomatoes, onions and that delicious tzatziki sauce. Thessaloniki’s gyros are the most famous all around Greece mainly because of the size and price. As you can imagine, our gyros are huge, cheap, but most importantly, delicious. You can easily find one in every single corner of the city. Our favourite spot in Thessaloniki is Psisou Sta Karvouna.

Souvlaki is one of those words that immediately come to mind when you think about Greece, right? Souvlaki (Greek: σουβλάκι) consists of small pieces of meat, either pork or chicken (Greeks are in love with meat), grilled on a skewer. Just like gyros, souvlaki is served wrapped in a pita or bread with French fries, tomatoes, onions and tzatziki sauce. If you are passing by Thessaloniki, you should try the most famous souvlaki in the city at Nterlikatesen.

They say that if you come to Thessaloniki, you shouldn’t leave without trying the well-known bougatsa (Greek: μπουγάτσα). Bougatsa is a Greek breakfast pastry consisting of either semolina custard, cheese, spinach or minced meat between layers of phyllo. It’s the most typical breakfast in our city and once you try it, you’ll understand the importance of this breakfast pastry that was brought to Thessaloniki by immigrants from Istanbul — there is a long history behind bougatsa that you must explore once you’re in Thessaloniki. And don’t forget to visit Romfea which serves the most delicious bougatsa in the city!

If you are fan of traditions, then you must try the Greek traditional pies (better known in Greek as pites). Greece, and Thessaloniki especially, are quite famous for the wide variety of pies, and these dishes tend to be a favourite among travellers. Greek pies have something in common: the crunchy phyllo, a special dough that is made with very thin layers of pastry. The most interesting thing about pites are the different fillings. If you are a feta lover, you should try the tiropita (cheese pie), if you are a fan of spinach, then spanakopita (spinach pie) is going to be your favourite. And you know what the best part is? You can find all these pies in every single bakery of Thessaloniki! One of our favorite spots is Oi pites tis Voulas, which is located in the heart of the city centre.

If you are in a hurry and don’t have much time for breakfast, then the famous koulouri (Greek: κουλούρι) of Thessaloniki can surely make your day. This is just a circular bread, typically encrusted with sesame seeds (simple ingredients, right?), but the taste is simply delicious. The most interesting thing is that you can find koulouri everywhere in the city centre because there are many street vendors selling it for only 50 cents. Just find one of these vendors and give it a try because I am sure that you won’t regret it!