Blog > Where to find the best tortillas in San Sebastian 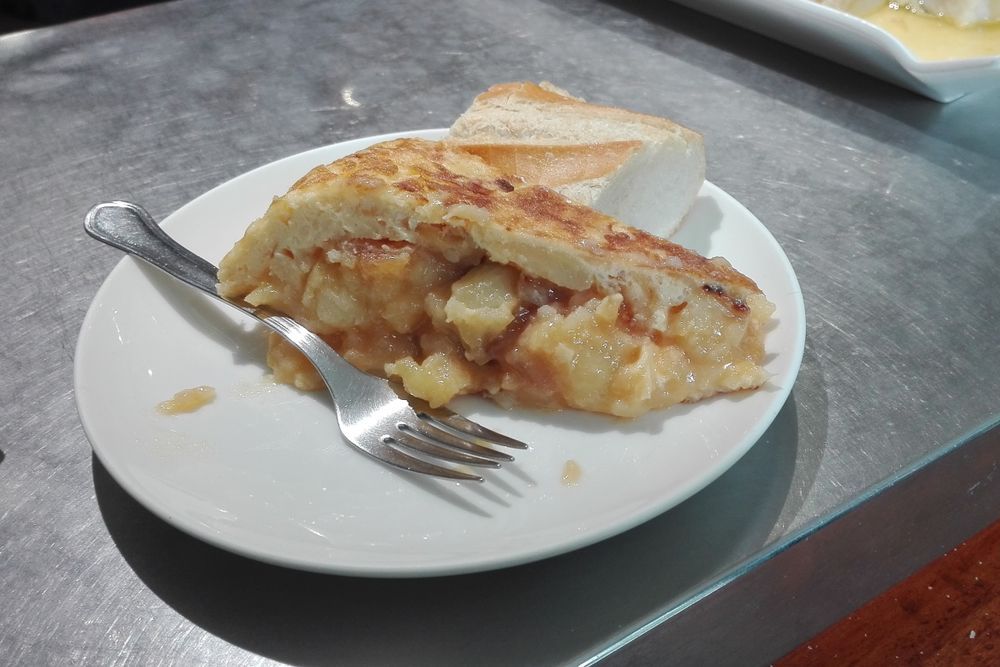 Where to find the best tortillas in San Sebastian

Delicious, toothsome treat by the name of tortilla! Where shall I search for you in San Sebastian?

But before we dig into where to find the best tortilla in town, let’s clarify what a tortilla actually is. Because there’s more than one delicious thing that boasts the name ‘tortilla.’

There are two kinds of tortilla that are popular around the world: Mexican tortilla and Spanish tortilla. Mexican tortilla was originally a kind of flatbread made of finely ground maize. It’s always thin and used for preparing different Mexican recipes, like tacos, quesadillas and enchiladas.

Spanish tortilla is a different story. But its main ingredient is also an Indigenous American treasure: potato. The simplest recipe for this type of tortilla incorporates only two ingredients, potatoes and eggs, and some Spaniards believe this is the only way a real Spanish tortilla can be made. True connoisseurs know you should travel to Betanzos (a town in the region of Galicia) to try the most famous tortilla de patatas in the country.

However, when only these two ingredients are used, the tortilla tends to be watery. And even tortilla lovers agree this version is the most challenging type of this delicacy, as some people find its texture peculiar. In order to prepare the most common kind of tortilla de patatas, we usually add onion, which makes the tortilla thicker and gives it a sweet, caramelised flavour.

As you can imagine, every region in Spain is famous for a different way of preparing tortilla de patatas. The tortilla can be dry or juicy, with or without additional ingredients, prepared medium or well done. In the Basque Country, you’ll find locals are very proud of their tortilla. On a rainy or cold day, you will want to start your day with a strong breakfast consisting of a pintxo de tortilla and café con leche (coffee with milk). Whenever you are busy and feeling hungry, a quick pintxo de tortilla at any of the many bars will save your day.

In San Sebastian’s bars, you’ll typically find tortilla made with four ingredients: potatoes, eggs, onion and green pepper. However, there are also variations that include squid, anchovies, mushrooms and more. Here are the best places to find a true San Sebastian tortilla.

When you first hear about San Sebastian’s most famous tortilla, you may wonder how a simple potato omelette could become a legend. But that’s what Bar Nestor has created with their classic take on the classic tortilla.

At Nestor, they only prepare tortilla twice a day (at 1pm and 8pm), and you’ll need to make a reservation if you want a taste. Go to the bar before prep time (the sooner the better, especially in peak season) and put your name on the list. Then, come back later when the tortilla is about to be served and listen for your name to be yelled out. This place is loved by both locals and visitors, so don’t miss it on your tortilla crawl. Pescadería 11, Old Town. 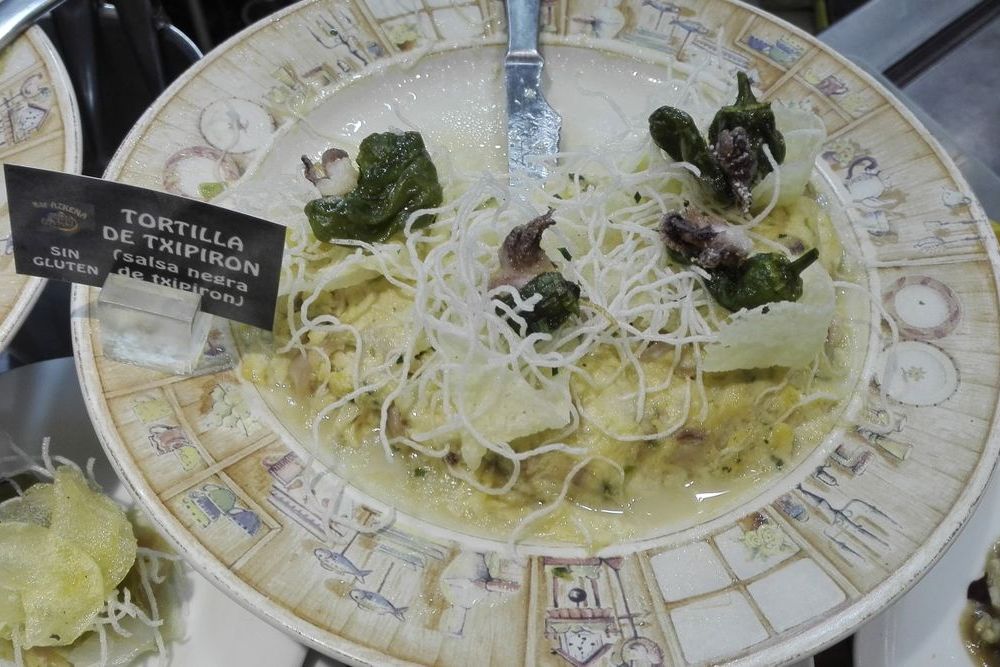 Tortilla de txipiron (baby squid tortilla), one of the many kinds of tortilla that you can try at Azkena | Photo by San Sebastian Urban Adventures

Bar Azkena will surprise you with its many variety of pintxos. But because the bar closes at 5pm daily and all day on Sundays, you’ll need to plan a weekday lunch or breakfast if you want to try this spot.

Bar Garibai 21 is another place where you can try many different kinds of tortilla, including tortilla de patatas, tortilla de txampi (mushroom tortilla), and tortilla de bacalao (cod tortilla). They claim to serve “possibly the best tortillas in the world,” and we’d say that’s a fair claim! Garibai tortillas are juicy and made with eggs from a local Basque farm. It’s here that you can taste a tortilla similar to the famous one served in Betanzos, Galicia. Calle Garibai 21.

If you want a break from the busiest area in town, stroll to the neighbourhood of Gros, where you will find Bar Bergara. Tortilla de patatas is one of their most carefully treasured treats. They stick to San Sebastian tradition, serving a classic tortilla made of potato, egg, onion and pepper. But there is an additional ingredient at this bar that locals can’t resist: anchovy. When tortilla de anchoa is served freshly prepared, regulars in the bar will fight for a piece! Calle del General Artetxe, 8, Donostia-San Sebastián.

Even though Amara is the real city centre, many visitors don’t explore this area unless they are staying in one of the nearby hotels, instead sticking to the city’s Old Town. And while San Sebastian’s Old Town boasts the highest number of bar per square metre in all of Spain, some of which are Michelin-recommended, you can also find a bar on every street in town — and some of them will be just as memorable as the famous ones. Alai Taberna is the best example of this. It’s a hidden gem that we found by accident, but has become our biggest delight on lazy mornings. Amara locals try to get to the bar by 11am for a slice of one of the best tortillas in the city. No better way to start your day! Catalina de Erauso Kalea, 9.

Forget museums, textbooks, and culture lessons, one of the best ways to understand Basque culture is through its food. Join this San Sebastian tour to taste (and drink) your way through the Basque territories with a local guide and learn the most important facts about culture and history.