Blog > Discover the bohemian side of Thessaloniki 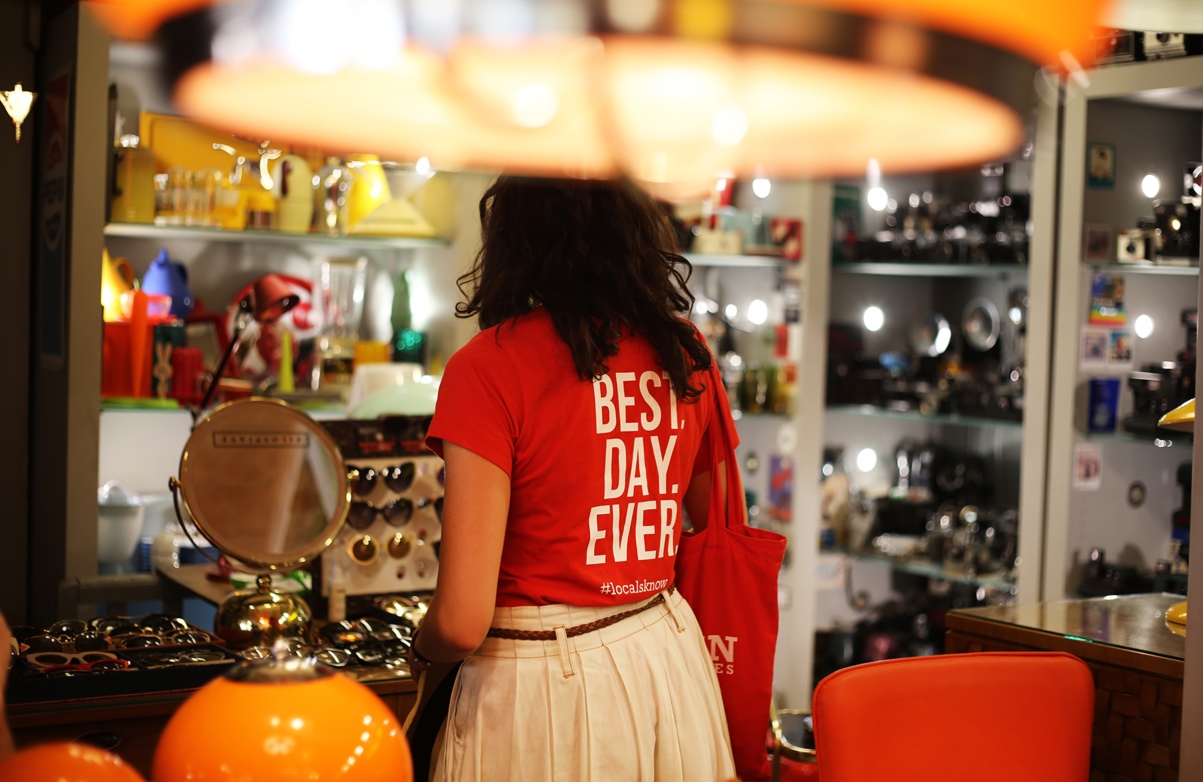 Discover the bohemian side of Thessaloniki

Its soul is vibrant, its personality vivacious. Its heart is warm, generous and hospitable. Welcome to Thessaloniki, one of the most interesting hidden gems in Greece, and a destination that you should definitely have on your travel radar to discover its many unique charms.

Let’s get lost together and discover the alternative side of Thessaloniki, and see some of the bohemian treasures found throughout the city.

History, art, vinyl, books and coffee combined are what you’ll find at Tabya, which is a word of Turkish origin meaning “fortress” in English. Housed in a renovated building, the cozy space has a long history that dates back to the 19th century. This beautiful structure was built on the old fortification wall of the city, and nowadays has become one of the most important and renowned cultural hubs of Thessaloniki. It’s worth paying a visit to this architectural jewel to have a coffee or glass of wine and browse the books, records and art on offer.

If you’re looking for a place where you can combine shopping for a good cause (for every pair of shoes purchased, TOMS donates a pair to a child in need) with great coffee, tasty food and a cozy atmosphere, then TOMS Flagship Store will capture your heart. The beautiful building, located in the heart of the city centre, was built in 1924 and was originally a shopping centre, later becoming the city’s post office. In 1978 the great earthquake destroyed a big part of the building and it was left abandoned until TOMS took over the ownership in 2015, creating a multifunctional meeting place for locals and visitors.

Exploring the centre of Thessaloniki can be very interesting because it’s like a journey through the history of the city. Bensousan Han is one of the buildings that gives you a chance to travel back in time and discover what Thessaloniki was like at the beginning of the 20th century. The building used to belong to Samuel Bensousan, a Jewish citizen of Thessaloniki, who, during the last century of the Ottoman Era, operated the building as an inn (han in the Turkish language means inn/motel).

READ MORE: Where to find the best coffee in Thessaloniki

Bensousan Han was one of the lucky buildings to have survived the great fire of 1917 that destroyed a large portion of the city centre. After its time as an inn, the building has been a food store, a spice shop, a fabric shop, a coffee shop and, its very last use, as a customs office at the end of the 1970s. It was abandoned for almost 30 years, but since 2007, it has been rediscovered by the artistic community of Thessaloniki and holds cultural events, exhibitions and festivals.

Ypsilon is the hottest new entry into Thessaloniki’s day and nightlife scenes. This is a space of culture, entertainment and, most importantly, of creativity. It is located in a renovated 19th-century Neoclassical building that used to be an inn (known as Kirtsi Han). Kirtsi Han, like its neighbour Bensousan Han, was lucky enough to survive the great fire of 1917. Today it has become a place that brings people together in a variety of ways. Part café-bar, part event and performance space, you might stop by for a cocktail, to participate in a workshop or to just sip a coffee and read a book in the relaxing space.