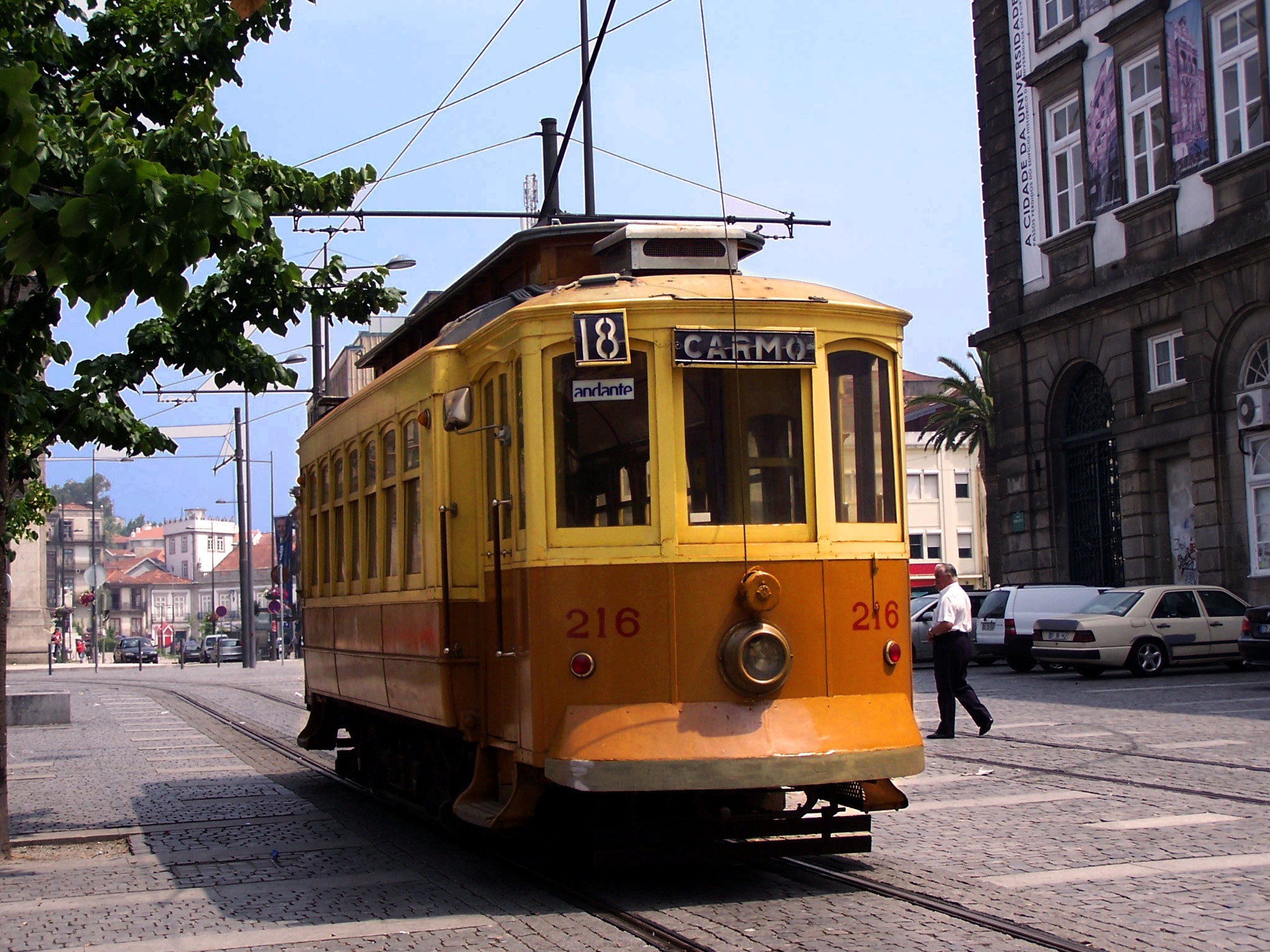 The complete guide to: Porto travel

Eclectically beautiful Porto is filled with surprises. It’s a city of hidden gems waiting to be discovered down winding alleyways, and friendly locals eager to share their favourite bars and cafés with travellers in need of a drink or some post-sightseeing sustenance. Whether it’s due to the people, the architecture, the food, the markets, or the laid-back vibe conducive to travel without a fixed itinerary, you’re bound to fall in love with Porto. If you’re planning to visit, read on for everything you need to know about getting around and what to see and do.

Getting to and from OPO

Taking the metro is the most economical way to get to and from the airport. You’ll be taking line E towards Estadio do Dragao and the journey should take around 25 to 30 minutes. In order ride the metro you’ll need to buy a blue Andante card, which costs EUR 0.60, and then charge it with “titles” (trips) based on where and how far you’re going. For a trip from the airport to the city centre, the cost would be EUR 1.85. Just make sure to validate your ticket after purchasing it using the yellow machines at the base of the escalators or on the platform. There is a fine for not validating.

Taking the taxi might be a better option if you’re loaded down with a lot of luggage. A taxi should cost you between EUR 15 and 20 to get to the city centre.

The metro is quite easy to navigate and it will take you anywhere in the city and also the surrounding cities. The price range varies between EUR 1.20 and 5.15 and you can use the metro site to help plan your routes. As we mentioned above, your first step to riding the metro is getting a blue Andante card and charging it with “titles” (trips). The card costs EUR 0.60 and you can charge it in every metro station. Alternatively, you might want to consider getting either an Andante Tour 1-day pass for EUR 7 or an Andante Tour 3-day pass for EUR 15. Unlike the regular Andante card, these ones can’t be recharged and are just good for the time you’ve purchased them for. But they let you hop on and off the metro as much as you like without having to worry about reloading your card. Porto Metro operates between 6am and 12:30am.

If you want to discover the main sights in the historical centre of Porto, walking is one the best ways. Using a bike to discover the riverside and the beach is also a good option. Along the river and ocean, everything is flat and you can go at your own pace and manage your own time. There are various companies where you can rent a bike in the city, including Porto Rent a Bike.

Things to do in Porto

If you are a sports fan, no trip to Porto is complete without taking the time to watch FC Porto play a football match. Tickets cost between EUR 15 and 50 and you can buy them at the official FC Porto stores (spread through the city) or at the Dragon Stadium — home of the FC Porto. A football match is always interesting and it’s a large part of the city’s culture to support their local team. Most matches are on weekends.

Music fans should put the Casa da Música (House of Music) on their radar. Designed by world-renowned architect Rem Koolhaas, the venue is known to have the best acoustics in the country, and ticket prices range from EUR 5 to 50, depending on the show and what you’re getting tickets for. You can buy tickets at the ticket office or via the Casa da Música website, where you can also learn about upcoming events. It’s interesting to note that Casa da Música’s Sala Suggia is the only concert hall in the world where music can be played exclusively with natural light — enough light for even reading music sheets. There are also guided tours available.

Anyone who likes port wine, or who just wants to learn more about its history and origins, can spend some quality time in and around Cais de Gaia. In addition to beautiful views across the river and Porto’s skyline, the area is also home to a number of port wine warehouses where most of the world’s supply of port is stored and aged. Many of the warehouses offer guided tours and tastings, some of which are free.

Two of the most popular events in Porto are definitely Fantasporto, one of the main European horror and fantasy film festivals, and Festa de São João (Festival of St John), the biggest and liveliest festival in the city. The former happens between February and March and tickets for each show cost EUR 5. If you want to see multiple films you can also buy a festival pass for EUR 100. The Festival of Saint John happens from June 23 to 24 and it’s a festival in which you drink and eat and dance all night long (because what more do you really need in life?). The event is free and if you’re wondering what to expect, it’s basically a massive street party with concerts on every corner.

Porto on the big screen

Most movies about Porto are documentaries and only available in Portuguese, but you can get a feel for the city and what it has to offer with this short film made by Porto Tourism.

Porto on the record

There is a song about Porto called Porto Sentido, done by Rui Veloso, a famous Portuguese musician born and raised in Porto. The song talks about Porto and its secret places and the passion that the musician feels about his city.

Since there aren’t many books set in Porto that aren’t also in Portuguese, if you’re looking to use the written word to get inspired for your upcoming, trip, your best bet is to read up on what the city has to offer online via Porto Tourism.