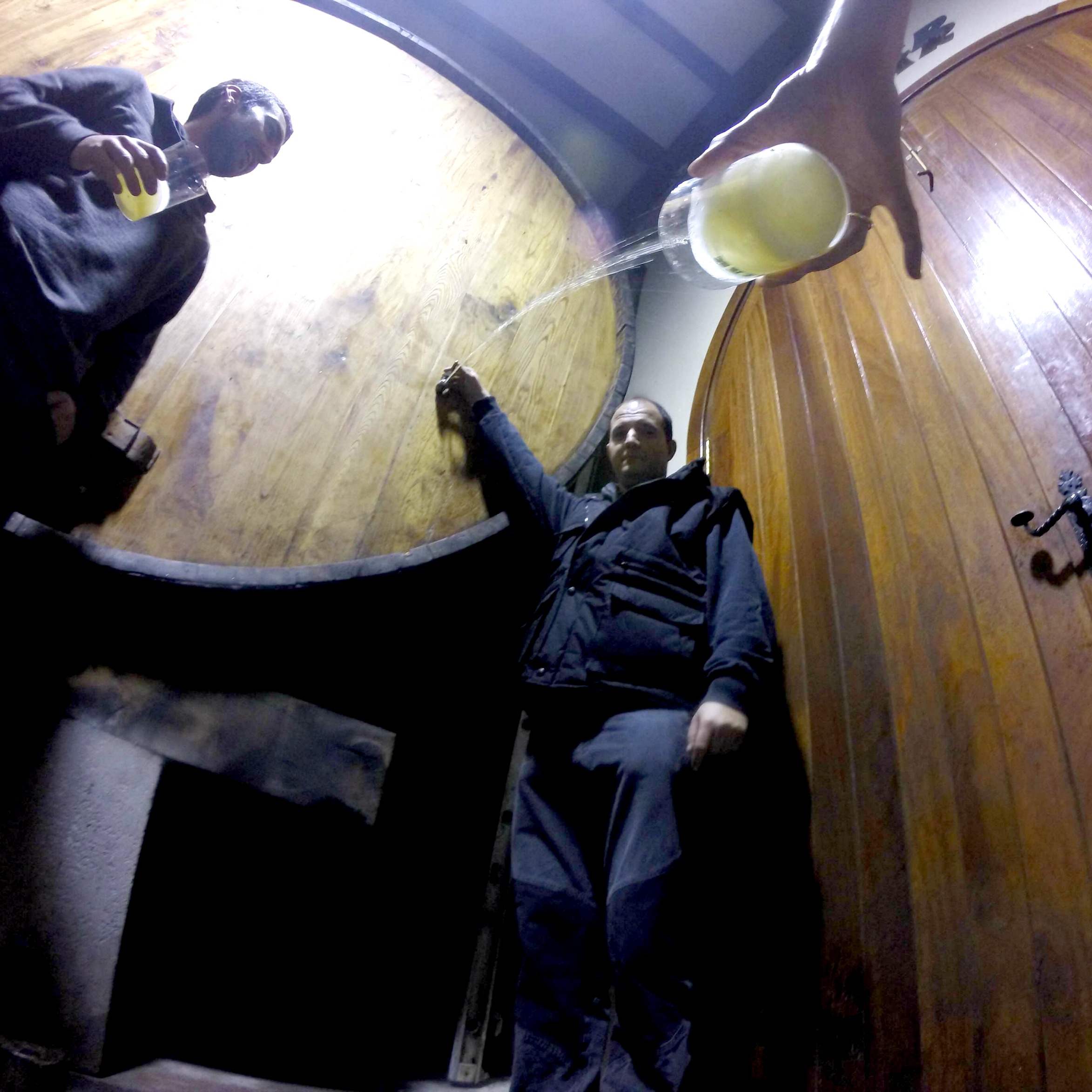 Cider is probably, after wine, the most popular drink in the Basque Country — which means, if you’re travelling to this corner of Spain, you simply can’t leave without trying it at least once (and likely more than once). Truth be told, some foreigners love it, some found it to be, shall we say, a difficult flavour. It’s admittedly an acquired taste, but if you want to do as the locals do, then drink up! 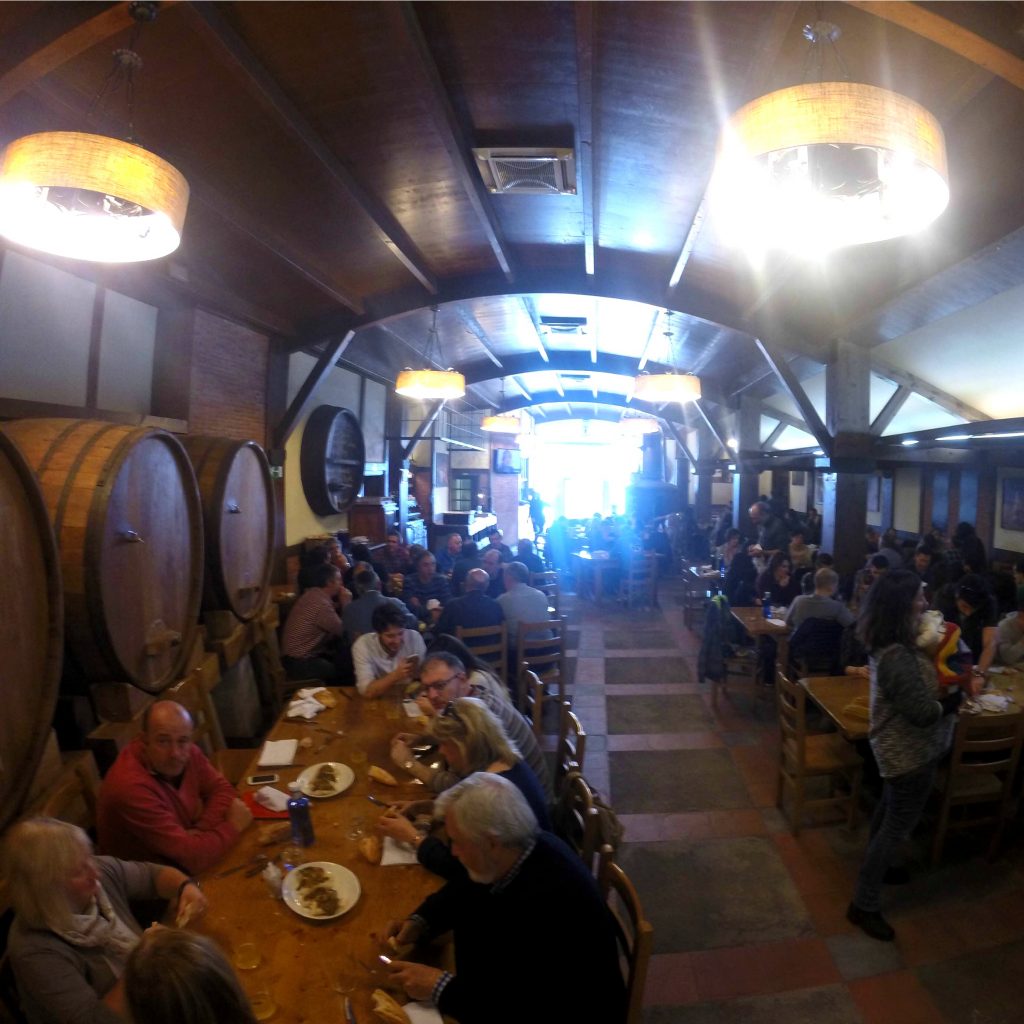 Of course, to really get the local flavour, you don’t just need to drink the stuff — you need to drink it properly. Here are a few tips for trying cider that will make you love this refreshing apple beverage all the more. (First tip: In Basque, we call it sagardoa, which means “apple wine,” because it is as well-known as the region’s wines.)

Where to drink it

Of course you can try cider at bars or buy it in bottles at shops, but there is nothing better than experiencing it at a cider house. There, apart from enjoying a traditional Basque-style menu of foods, you’ll have access to an unlimited amount of cider that you drink straight from the barrel. Yes, that’s right: unlimited.

Most cider houses are located near San Sebastián, and the town of Astigarraga is well known for having plenty of them. Hernani can also be a good option, especially if you want to join the party that happens after dinner at the cider house. 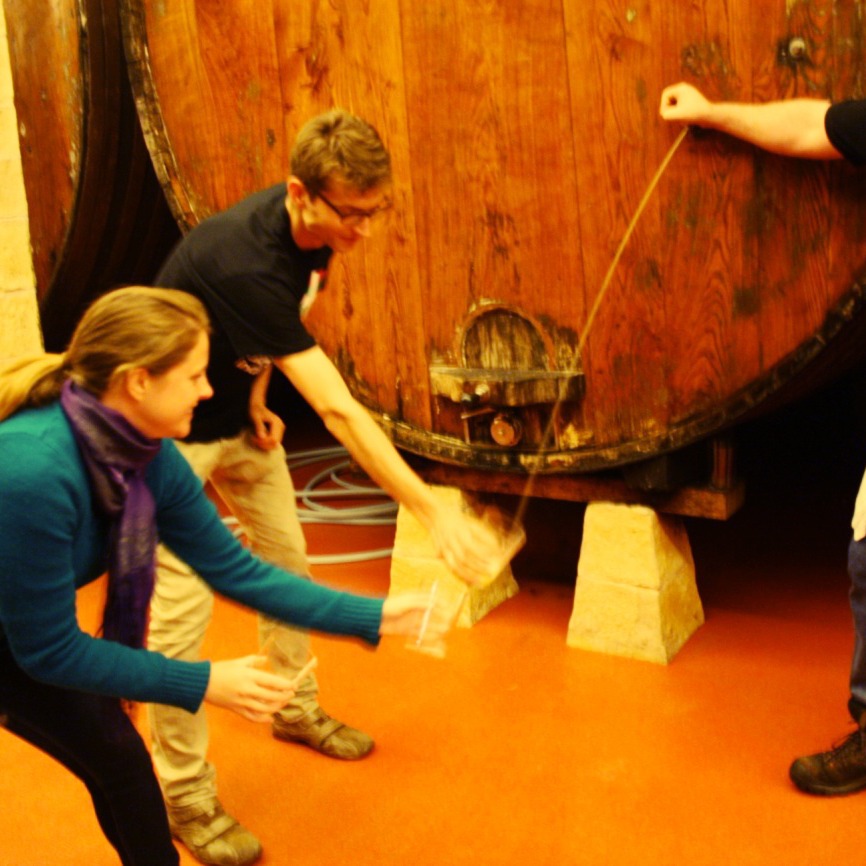 When to drink it

The best time to enjoy cider is after the apple harvest. Ciders are typically ready by January, and the official opening of the season is done by a local Basque cultural celebrity in mid-January. Peak season for the best cider and best parties (i.e., when locals go to cider houses) goes on until the end of April. (However, if you are not visiting San Sebastián during that time, we can suggest some places that are open year-round.)

Why to drink it

Besides being delicious, cider is a Basque tradition. Cider houses have produced cider for many decades, offering it to guests straight from the barrel. Tradition says that people would gather in the cider houses and drink from different barrels, so they could choose the one they liked the most and buy enough to drink for the rest of the year. Little by little, hosts started to offer some food along with the booze, and the tradition has evolved to the way we know it today.

And what is that today? Well, at a 21st century cider house, you eat and drink — a lot. The menu is set (typically cod-fish omelette, cod-fish with pepper, a one-kilo T-bone steak for two people, with cheese, quince paste, and walnuts for dessert). As for the drinks, you can take as much as you want, no limits! As soon as you hear the word, “TXOTX!” it’s time to stand up and move to the barrels area; a new barrel is about to be opened! Locals love to go to cider houses, and the parties organised around the barrels are the best opportunity for meeting new people, making new friends, learning Basque songs, and chatting with fellow food and drink fans. These “restaurants” are informal and the layouts make the houses perfect for joining in celebrations — especially during the proper cider season, when locals move from the whole Basque Country to the tiny region of Astigarraga and Hernani to enjoy the best quality food and drink, and to party party party.

What to know about it

Cider is such an important part of Basque gastronomy and culture that several years ago a cider museum, Sagardoetxea, opened. If you are interested in learning more about apples and cider-making, and taking part in some seasonal activities (like picking apples), a visit to the museum is definitely a must. As well, some cider houses have started offering guided visits, so visitors can learn about the production process.

The taste of Basque cider is quite different from the other European ciders — in Basque Country (and Asturias — another Atlantic coast region of Spain), cider is what we call “natural” cider. It has no additives of carbonation or sugar, what makes it quite sour and easily perishable (it has a shelf life of about a year). As a result, we always serve cider in small amounts (about 100 to 200ml in a wide glass), and we drink it straight away after it’s been served. To serve, we splash it into the glass, pouring from a very long distance so the cider aerates — if you let it linger too long in the glass, the aeration gets lost and the cider won’t be enjoyable to drink. Cider is so rooted in Basque culture that the traditional music instrument txapalarta is said to have been born during the cider production process, when singing while rhythmically smashing apples with sticks was essential to keep the workers productive. Check out the video below (a trailer for the movie Dantza (Dance)), and see how txalaparta music, apples, and dance play with each other.

Headed to San Sebastián? Let us show you around like a local!