Blog > Everything you need to know about Las Fallas in Valencia 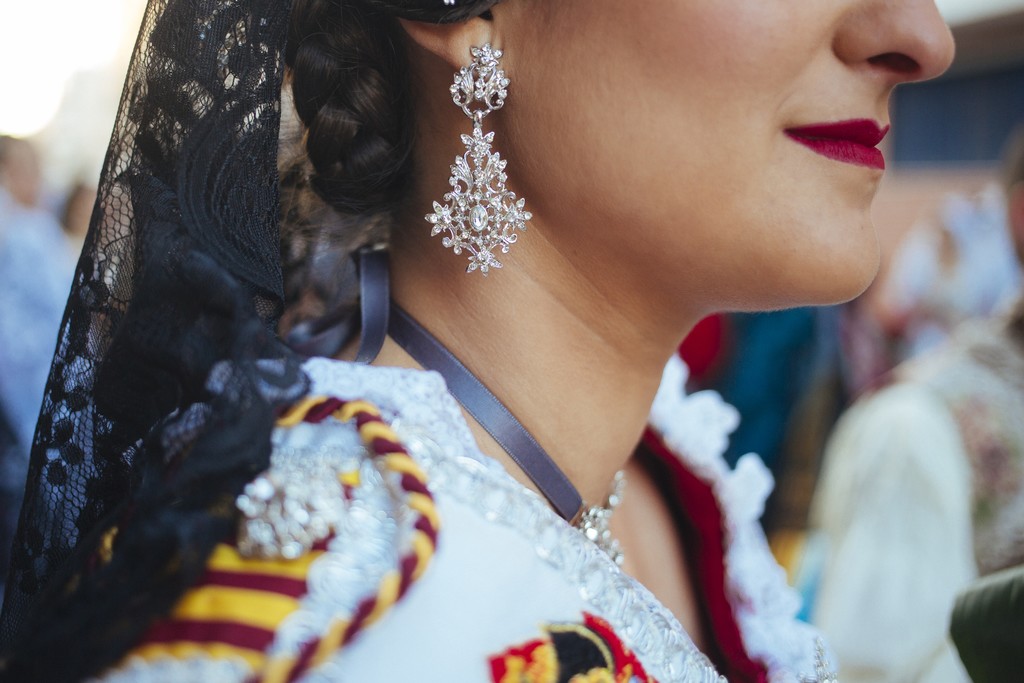 Everything you need to know about Las Fallas in Valencia

Wanna know what’s the most fun experience to have in Valencia? It’s Las Fallas, an important festival that happens every spring. Las Fallas is an entire month of minimal sleep, fireworks, fiestas, amazing giant puppets, incredible bonfires, and lots of food, of course. Sound like your type of party? Then here’s the ABC to help you navigate this important Valencian festival like a local.

Las Fallas is newly minted in the UNESCO listing of ‘Intangible Cultural Heritage of Humanity,’ and if those big guns think it’s cool, why wouldn’t you, too? Las Fallas celebrates the arrival of spring and is a religious holiday during which Valencians commemorate Saint José (the patron saint of carpentry) on March 19. Even though the key week of celebrations happens from March 15 to 19, Valencians know how to turn up the dial on their fiestas by extending the fun into a month-long celebration.

Nothing says party like a street food fiesta, and the fun continues with street food fairs in abundance. No dainty tastings here, but tapas, giant paellas, delectable jamón, stacks of mouth-watering sausages and ribs, or even seafood on the biggest grills you’ll ever see. The aroma of chargrilled goodness can usually be smelled from even far away. So grab a cerveza, flash our friendly street vendors a smile and an “Hola!”, and order away like a local.

Buñuelos are golden-brown fried pumpkin fritters served with a heavy sprinkle of sugar on top. Or go for the gold and enjoy them with a cuppa thick hot chocolate for dipping. Why not? You’re on a holiday diet after all! You can also find them at one of our favourite local cafés, Horchatería El Collado.

More fireworks, more gunpowder, more noise… everyday! Las Fallas is an event not for the faint of heart, as everywhere you go this month, young and old will be playing with firecrackers and “pop-pops” in the streets. From the first of March until the 19th, daily fireworks displays (known as ‘La Mascletà’) are fired off at 2pm at the Town Hall Square (Plaza del Ayuntamiento). Nightly on March 15-17, there will also be fireworks down by the old riverbanks-turned-Turía Gardens. If you can’t keep up, just make sure you don’t miss ‘La Nit del Foc’ on the festive night of March 18 for the grand finale fireworks spectacular! For best views, we recommend heading as close as you can to the bridges of Pont de les Flors and Pont de I’Exposició.

Marvel at the traditional Valencian regional costumes on display, worn by local falleras (female) and falleros (male) during special occasions such as this. Some of these intricately hand-sewn silk and lace costumes are known to cost thousands of euros.

One of our favourite things about at Las Fallas is the unveiling of these towering cartoon-like installations (also called fallas) with their accompanying puppets (called ninots) that dot every barrio in Valencia. Satirical, comical, political, or even romantic, you can expect differently themed installations every year. Each neighbourhood association will commission two of these firecracker-filled papier-mâché and wood creations to be built every year to represent them (a giant one for the adults, small for the kiddies). These creations don’t last long as they get burnt to a crisp on the last festive night except one — but more on that later.

#localsknow La Plantà happens on March 15 when all the fallas installations have to be completed by the end of day in order to qualify for the big Las Fallas judging contest. That’s when we recommend you put on those comfortable sneakers, have your camera charged up, and start exploring our city to hunt for these stupendous creations. To see some of the more elaborate ones, we recommend you visit the barrios of Ruzafa, El Carmen, and Plaza del Ayuntamiento.

Fancy a light show extravaganza? Come around to the barrio of Ruzafa and hang around the streets of Calle Sueca and Puerto Rico, and you’ll probably find the street food fair and an elaborate light show just like this one that stretches for kilometres (coordinated with music, too). There are plenty of dining and bar options around here, such as Pepe’s, where #localsknow Alberto’s mojitos will keep you jolly the whole night.

Pay your respects to the Virgin Mary 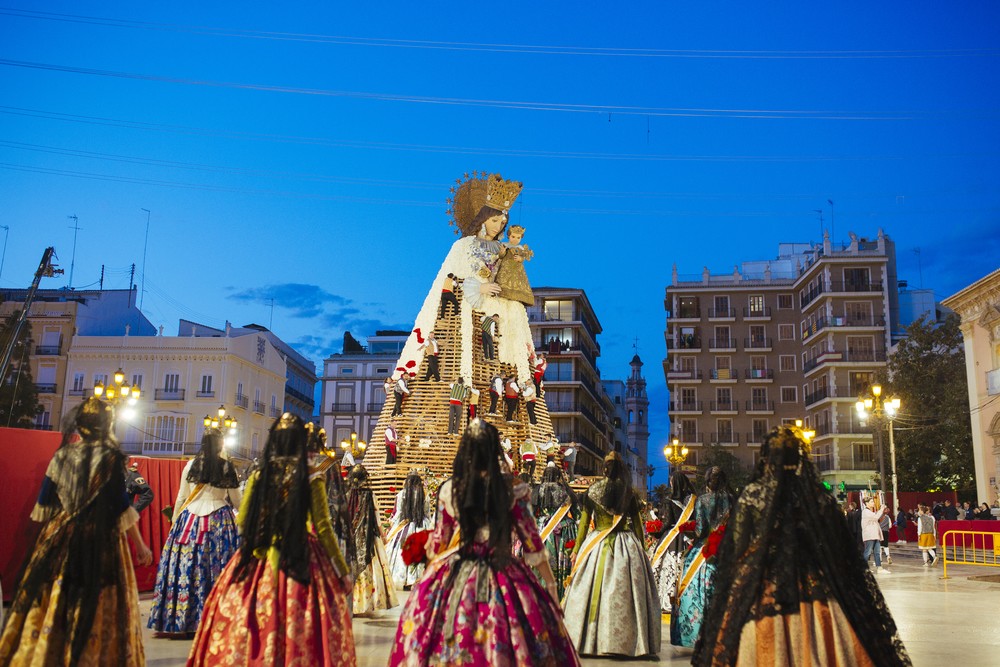 Get to Plaza de la Virgen early on March 17 and 18 for a prime spot to witness the colourful processions and L’Ofrena de flors, when falleros and falleras make flower offerings to the Virgin Mary. Watch the flowers being tossed up to skilled little helpers who will insert them into the 14-metre-high Virgin Mary wooden statue. It’s an eye-catching sight you don’t want to miss.

“Burn baby burn…Disco inferno….” Just the right tune was streaming from the headphones of the amigo next to me as we watched the fallas puppets go up in flames at last year’s ‘La Cremà’ — the burning that happens on the final night (March 19). All of the neighbourhood creations will typically be burnt on-site close to midnight, while the grand finale happens an hour later at Plaza del Ayuntamiento, where the city’s main falla is burned last. Why the build and burn? Legend has it that it mirrors the Pagan tradition in which people would stack their old unwanted belongings out in the streets to burn away their excess from winter to welcome spring. It was believed a carpenter hung a lamp on top of a pole and over time even decorated it with clothing. Over generations this evolved into these elaborate installations that we get to enjoy today

Learn more about the festival

If you want to experience more, you can relieve it all at Museo Fallero, which houses the winning ninot that’s spared from the yearly La Cremà burning. You’ll find an interesting display dating from the 1940s to today, and countless photos and history for you to learn all about this festival that is the pride of Valencia.

Want a sneak peek of what to expect at Las Fallas 2020? Here are a few of the highlights from the last festivities with Valencia Urban Adventures!

Miss all the fun & noise from #Fallas2017? Here’s a recap of our #bestmonthever (you’ll want to view this video with sound)?