Blog > Gracia the great: A guide to the Barcelona barrio 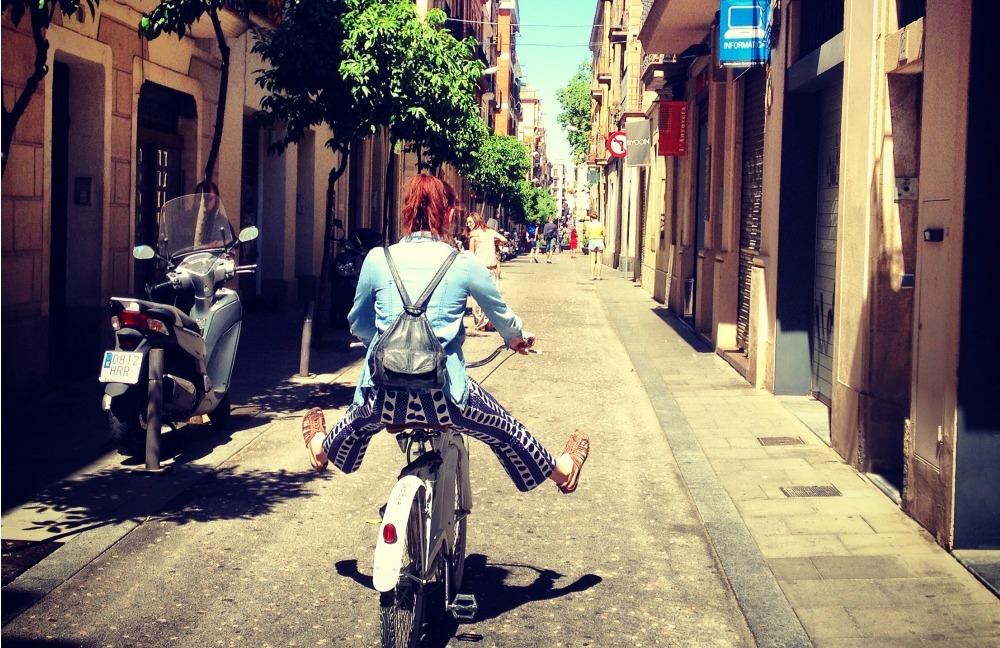 Gracia the great: A guide to the Barcelona barrio

Ditch the tourist map, forget the sand (for a minute) and head to a place in Barcelona that really captures the Catalan way of life. Beyond its famed beaches, tucked inside the heart of this buzzing city lies the halcyon barrio Gracia. Entering this quaint neighbourhood provides a snippet of the traditional, easy-going Mediterranean life with lively plazas, terraces, local cafés and restaurants combined with alluring narrow streets and minimal traffic. A jaunt to Gracia lets you experience Barcelona like a local.

This charming district remained an independent village until the late 19th century when it was engulfed by Barcelona’s urban sprawl, giving Gracia a distinct flavour which sets it apart from neighbouring barrios.

Gracia holds its own in architecture with a small grid village layout punctuated by low-rise Mediterranean buildings, one-way streets and a series of plazas enhancing this cosy neighbourhood. Its intimate feel is reinforced by an abundance of local and independent bars, restaurants and shops that are a world away from the major food and retail outlets populating the city centre. There’s a variety of Catalan cuisine plus international gastronomy spilling out of hole-in-the-wall gourmet street-food outlets. The Argentinean empanadas are a highlight and I have to admit they were just as tasty as those found in Argentina itself!

Despite its central location, Gracia has somehow managed to escape the mayhem of its surrounds, and its peaceful aura lures bohemians and creatives aplenty. Strolling through its pedestrian streets you will encounter local street art sandwiched between alternative art galleries and stores selling local trinkets. One of its oldest streets, Travessera de Gracia, dating back to 1057, hosts a string of independent boutiques and the renowned fresh produce market Mercat de l’Abaceria Central (established in 1892). After dark you can forget about pumping nightclubs and the associated fracas; Grarcia’s nightlife is dominated by the lively yet chilled Spanish café culture enveloping the outskirts of its plazas and terraces.

This barrio is home to a large ethnic and elderly population, making it not only a diverse neighbourhood but also one that has held on to longstanding traditions. To get a true feel for the Catalan way of life, pay a visit to Gracia’s historical square, Placa de la Vila de Gracia. Enjoy local and international delights in one of its long reigning bars and restaurants while soaking in the views of the colossal clock tower built circa 1864. Another sight to behold is the beautiful Casa de la Vila, the district’s headquarters, which were designed by local architect Francesc Berenguer i Mestres in 1905. The delightful light blue facade adorned with a wrought iron balcony and windows provides the perfect backdrop to witness the energetic and remarkable sport that is Castell. If your stars align you may catch a glimpse of this inventive Catalan pastime in the picturesque square. The rich tradition of Castell dates back to the 18th century and remains ever so popular with locals today. The unusual sport consists of people standing on top of each other’s shoulders and holding one another in a ring-type formation in order to build a human tower. It really is a fascinating sight to behold, watching small children climbing like mountain goats to the top of the human tower!

The tradition of Catell, something you’ll find nowhere else! | Photo by Julia D’Orazio

Gracia may be lacking in any major tourist attractions but you don’t need to travel far to find them. A visit to Barcelona would be incomplete without admiring the work of renowned architect crusader Antoni Gaudi, and as luck would have it many of his masterpieces are just a stone’s throw away.  The colourful mosaics and imaginative designs of Gaudi’s Parc Guell converges on the outskirts of Gracia’s historic streets. The barrio is also home to the astonishing Casa Vincens, Gaudi’s first modernist house, which was a ground-breaking design in its time. Combining Hispano-Arabic and oriental influences, the reddish tone brick house is covered with green and white tiles decorated with Moorish carnations and iron railings. It was a beacon to a new era of architecture when the building was completed in the late 19th century. The world heritage-listed building is soon to open as a public museum celebrating Gaudi himself.

With so much on offer you can forgive yourself for wanting to take up residence in Gracia for a day (or more). There are culinary treats from across the globe to be savoured alongside local favourites, works of art both old and new to be appreciated, and hours to be whiled away sipping coffee on a terrace immersed in the heart of Catalan culture.  Taking influence from near and far and overflowing with old-world charisma, Gracia provides a glimpse into a unique facet of Barcelona.  This charming community is sure to leave its quaint mark on your very soul.

A melting pot of traditional Catalan culture and international trends, city life and beach bum bliss, Gaudi gothic architecture and modern buildings with a twist, Barcelona is nothing if not one of the most dynamic, varied, and vibrant cities in Europe. Join an Urban Adventures Barcelona tour to connect with the people who truly know where Barcelona’s heart and soul lies – the locals.