Mention the Rio de Janeiro Carnival to anyone and the first thing they’ll probably think of is a big parade — the big parade — with everyone dressed in colourful clothes (or not very much clothing at all) and a massive explosion of pure joy. And they’d be right. That’s the famous scene at the world-famous Carnival parade in the Sambadrome, where numerous samba schools compete to be the samba champion of the year.

But there’s also another side to Carnival that takes over Rio — events that aren’t publicized as much in the media and, to be honest, can be a lot more fun.

At the Rio street Carnivals, you’ll find some of best parties in the world, that show off the mix of people who make Brazil — and especially Rio — what it is. It doesn’t matter your social class, sexual orientation, or any other distinction; as long as you want to have fun, you’re welcome to join the party. All the street parades are free, the opposite of what happens in Salvador (the capital of Bahia), and there are no ropes dividing people who paid more or less to be there.

In Santa Teresa (pssst, it’s also the neighbourhood we visit on one of our tours), there’s Céu na Terra. It starts very early in the morning on a Saturday, at about 7am, and veers all over the area. Another parade that you should see is Cordão do Boitatá, which takes place at the Praça XV square on the Sunday right before Carnival officially starts. And here’s a valuable tip: for both of them, dress in your most glamorous costume. Almost everyone dresses up in funny and/or creative outfits for these parades, which move about playing traditional Carnival songs. 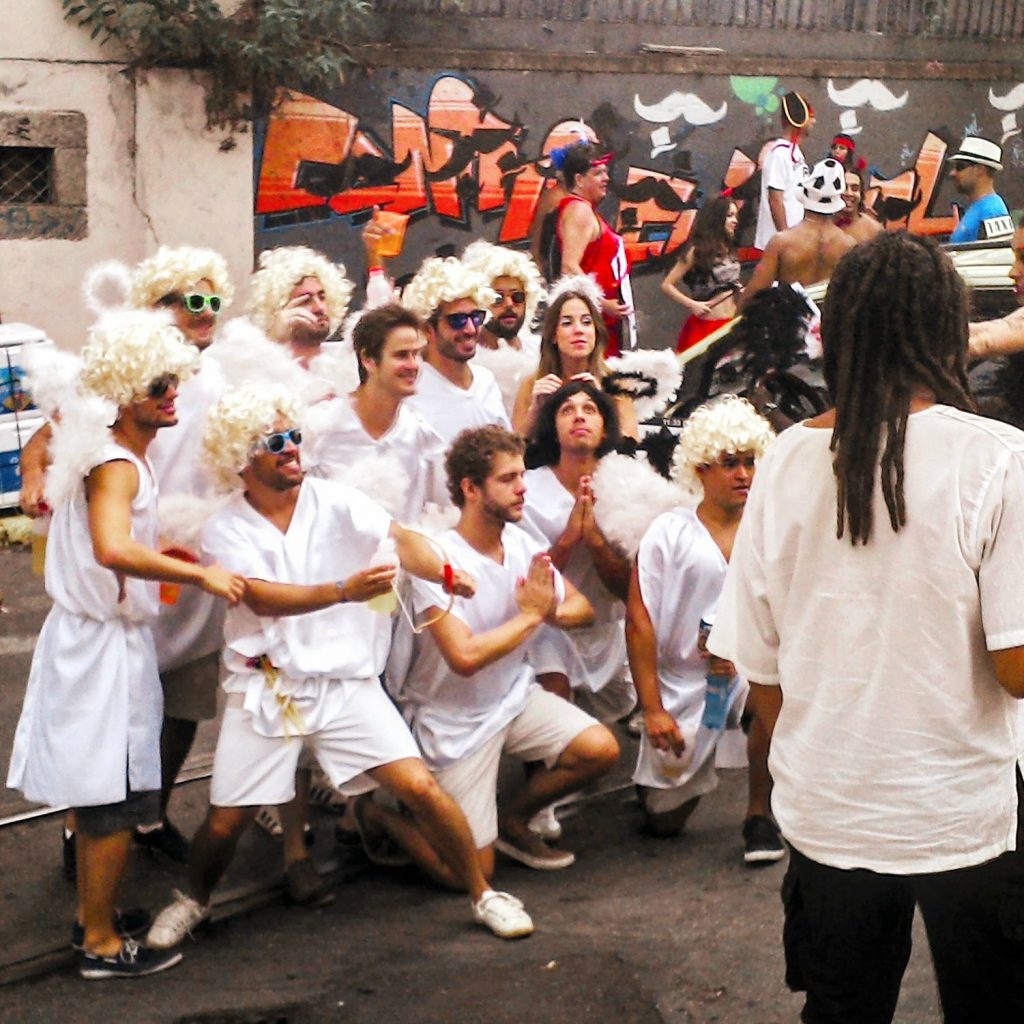 Other options are the theme parades that have increased in recent years. There’s Sargento Pimenta, which plays Beatles songs in samba rhythm. Or Thriller Elétrico, which is a tribute to Michael Jackson and his songs. There is even a parade that plays Super Mario songs in, of course, samba version. All the musicians dress as Mario, Luigi, and other characters.

So, who’s ready to enjoy the experience of a lifetime?!

Headed to Rio? Let us show you around like a local on one of our Rio de Janeiro city tours!