Blog > Your guide to riding the coolest Métro stations in Paris 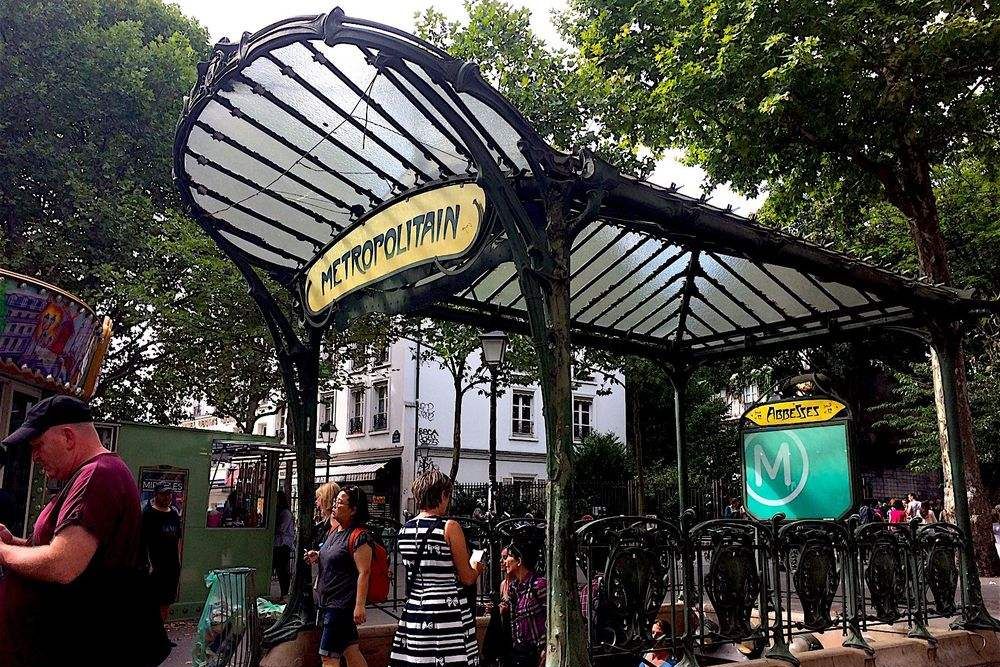 Your guide to riding the coolest Métro stations in Paris

Ah, the Métro Paris… one of the oldest transit systems in the world, with its sometimes potent interior and crammed Métro cars. But still, it does have a lot of history. Created for the Universal World Exhibition of 1900, the Métro is now comprised of 14 lines and 245 stations – ranking it in the top five busiest city services in the world.

When you visit Paris, you’ll probably find yourself riding the Métro at some point, as it is still an efficient and cheap way to get around the city (ahem, perhaps to reach the meeting point for your Paris walking tour!). I’ve been an avid traveller of the Métro since I first arrived in Paris five years ago; to turn you into one as well, here is a guide to some of the revamped stations that are well worth the cost of a ticket.

Named after the nearby Louvre museum, the Louvre-Rivoli station is decorated with some of the ancient Greek and Roman sculptures found in the museum. First opened in 1900 as ‘Louvre,’ the Métro station was redone in 1989 and given a new name, ‘Louvre-Rivoli,’ as it was no longer the direct entrance to the Louvre. So if you are going to the Louvre, make sure to take the exit station ‘Palais Royal,’ as the only museum you will find at Louvre-Rivoli is the one underground.

A little further away on line 1 is the Palais-Royal station, or the new entrance to the Louvre museum. The entrance ‘Comédie Française’ is one of the most beautiful Métro entrances, made up of colourful glass beads that give the impression you are walking straight into Candyland. Jean-Michel Othonial designed the entrance in 2000 to mark the 100th anniversary of the Métro Paris. Day or night, be sure to pause and admire the art entitled ‘Kiosk of the Night Walkers.’

At Concorde, on line 12, is another Métro station worthy of note. Designed in 1989 by Belgian artist Françoise Schein, it celebrates the 200th anniversary of the French Revolution. Made up of tiles on the wall resembling a giant word-search puzzle, it spells out the Declaration of the Rights of Man, the French equivalent of the US Declaration of Independence. Be mindful when you read it, since the artist happened to leave out the punctuation.

Want to take an underground trip on a submarine? Then visit station Arts et Métiers, located on line 11. Redesigned in 1994, it celebrates the 200th anniversary of the National Conservatory of Arts and Crafts. The station can be credited to the brilliance of Francois Schuiten, a Belgian comic book artist, who was inspired by the novel Le Nautilus by Jules Verne. It is even said that on some nights Captain Nemo roams the station looking to retake control over his ‘Nautilus.’

On the Left Bank near the Rodin Museum is another homage underground. On line 13, station Varenne is where you can catch a glimpse of French artist Auguste Rodin’s sculpture, The Thinker, and a statue of Honoré de Balzac. These artworks and various other drawings have been at this station since 1978. Now all that remains are these two sculptures keeping the passages company as they await the next train.

Abesses on line 12 in Montmartre is a perfect example of the Art Nouveau style, with its flowery writing, double glass ceiling and curved moldings. And at 36 metres below street level, it is also the deepest Métro station in Paris. Walking down the spiral staircase, you will find many photos of picturesque Montmartre, which was originally a hang-out of artists such as Picasso and Toulouse–Lautrec at the turn of the 20th century. It is on your way up, however (if you are brave enough to use the stairs), that you will see various paintings adorned on the walls commissioned by artists belonging to the Paris-Montmartre association, a tribute to this inspiring and artistic district of Paris.