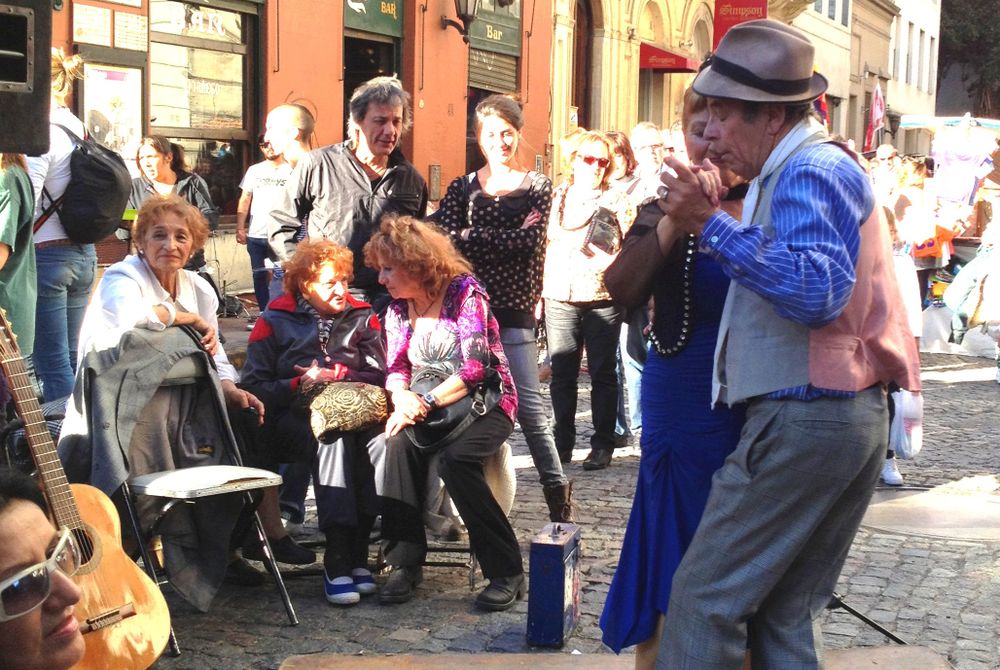 Imagine you’ve arrived as a slave or common worker in Buenos Aires in the 1910s. Argentina has gone from a bankrupt country to a land of opportunities. A place of wealth, with plenty of land, employment opportunities, free education… for the rich. You’ve settled in a beautiful city with European good looks, but you don’t actually live in one of the nicer areas. Instead, you live in the Arrabal, a poor neighbourhood that’s home to the port and is where the working class lives.

It’s there that you discover tango, a modernised version of classical music, mixed with Cuban habanera, Uruguayan candombe, Spanish flamenco, polka and Afro-gaucho rhythms, along with a small band playing European instruments. Called a ‘Typical Orchestra,’ it includes a bandoneon (similar to an accordion), piano, cello, violin, viola, double bass, guitar and singer (when there is no singer, there is a second bandoneon playing the main line).

The rhythm is always two by four, and the theme is melancholic and even complaining about life — but of course! After all, you work hard every day, you miss home and you are watching the cajetillas (the rich people), who seem to have no problems and are able to return to their home countries — likely in Europe — whenever they want.

Around this time, the Spanish language began to mix with that of the immigrants, eventually forming into what we call ‘Lunfardo.’ This was the local dialect of lower classes in Buenos Aires in the late 19th and early 20th centuries. Lunfardo slang became a feature in many tango songs, and is still an ingrained part of tango culture. For example, the classic song Yira Yira, from famed writer and composer Enrique Santos Dicépolo, includes Lunfardo songs such as grela (dirt), mango (money) and morfar (to eat).

If you’d like to get a full understanding of tango from its early days to today, start your playlist with traditional artists like Carlos Gardel, Le Pera, Julio Sosa, Roberto Goyeneche, Anibal Troilo and Mariano Mores. Then, move onto Astor Piazzola, who gave tango a twist and paved the way for new, experimental versions of tango, such us that by Gotán Project. (The word ‘gotán’ is representative of Lunfardo; words with two syllables are often switched around, so ‘tango’ becomes ‘gotán’.) Other modern artists worth checking out include Bajo Fondo, Tanghetto and Ultratango.

There are amazing versions of the classics made by modern bands as well. Check out Almafuerte, Los Piojos and Andrés Calamaro.