Blog > How to be a responsible tourist in Lisbon 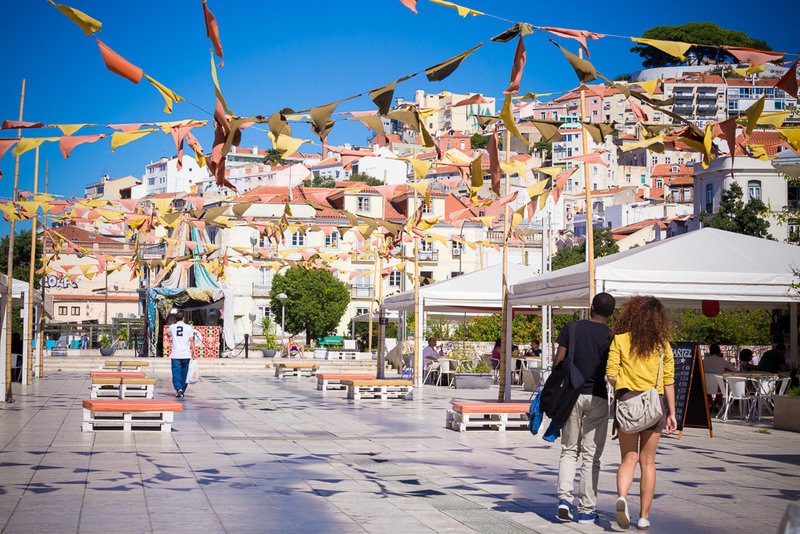 How to be a responsible tourist in Lisbon

Ah, vacations! That wonderful time of the year when you can just relax and enjoy yourself in a new place. But sometimes it’s not always so fun for the locals in your chosen destination. As tourism continues to grow everywhere, pressure falls on locals to take in more people (who may not know the local customs), and the need for tourists to better adapt to the established habits of each destination becomes more important than ever. Because it is not always easy to know the local rules, we’ve gathered a list of things you should keep in mind to be a responsible tourist in Lisbon.

Portuguese people are usually nice and quite open. Don’t be surprised if someone tries to help you without you even asking, and if you are polite and say “good morning,” “please” and “thank you,” the locals will most likely be very happy to answer your questions. But there are a few things you should keep in mind to avoid making your new Portuguese friends angry.

Don’t say gracias. Yes, we know Portuguese and Spanish are very similar languages. This isn’t by chance since both come from Latin. Grammar and many words are very similar but, as you may have guessed by now, gracias is not one of them. Don’t get us wrong — everybody will, for sure, understand what you mean, but saying it is like telling twin brothers than one of them is more handsome than the other. So, if you want to win extra points with locals, take a few seconds to learn the Portuguese way to say thank you: obrigado.

The Alfama area is very photogenic, but if there are locals in your shot, ask first | Photo by Lisbon Urban Adventures

Ask before taking pictures. Of course, taking photos is part of a tourist’s routine, as everybody wants to bring their memories back home — especially when those memories include walking around the neighbourhoods of Alfama and Mouraria, where old ladies bend over the windows to hang out laundry or talk to one another. But please remember they are just going about their daily lives. How annoying would it be to you if someone just randomly photographed you while doing your own chores? So, before taking a picture, just ask them if they are okay with it. Most of the time they’ll be so proud of themselves they’ll say yes.

Travelling on the tramways

Those super cute hundred-year-old tramways do not go unnoticed by tourists — as evidenced by the groups who will sometimes line up for hours just to take a ride. Although it seems like a fun thing for you in Lisbon, remember that the trams are still used by locals as a way of daily transportation. Which means you should follow some simple rules:

Don’t stand on the tracks. We know how cute the trams are and how you want to take the perfect photo of one, but please don’t jump to the middle of the tracks to do it! This will force the tram to stop multiple times (as others will no doubt take your lead and do the same) thus causing it to run late and create bigger and bigger queues. In the end, staying off the tracks is a win-win situation not only for locals, but for tourists too. (Plus, it should go without saying, but you really, really don’t want to get hit by a tram.)

For the love of the travel gods, please do not stand on the tram tracks | Photo by Lisbon Urban Adventures

Respect the queues. Portuguese people are really strict about this. It seems like an easy thing to do, but sometimes there isn’t really a proper queue, with elderly people sitting on benches, others staying out of the line to escape the sun, or when there are multiple trams and buses stopping at the same place. Even in these cases, though, everybody will respect the order of when people arrived at the stop. So, if you get confused, just ask around for the queue — everybody will be glad to help you, and maybe they will even give you some tips on what you should do next while you’re in town.

Move to the back of the tram. You made your way through the queue and are now inside the tram. Here, the rule is that we enter from the door at the font and exit from the one at the back. So, as soon as someone gets out, you should move further to the back of the tram, in order to make space for more people to get in at the front. Yes, we know it is already packed, but in Portugal there is a saying: “There is always room for one more.” Staying in the middle of the tram will not prevent more people from getting on — instead, it’ll just cause the driver to yell and and wait for you to move back. So, take a deep breath, stick close to the person next to you and embrace it as part of the cultural differences — after all, that is the main reason why we travel, right?

While in Lisbon, you won’t want to miss a Fado show, the Portuguese traditional music style that was declared one of UNESCO’s Intangible Cultural Heritages. These shows usually takes place in restaurants; the musicians will come several times during your meal and perform three to four songs each time. During their performances, special attention is required from the customers. Here is how locals do it.

Do not speak during the show. Fado shows happen in a very intimate environment. Singers perform in the middle of the restaurant’s dining room, without any microphones. As so, everything that you say, even if in a very low voice, will be heard by others, disrupting their attention on the show. Being a very emotional type of music, Fado transports people to another place, and every outside input will break this feeling. So, even if you feel excited and want to comment on the singer’s voice, the feeling the music brings you or any other detail, just wait for the end of the performance.

Turn off your camera’s flash. To add some emotion to the show, Fado singers perform in a low-light environment, sometimes illuminated only by candlelight. It is normal, then, that as you start shooting, your camera’s flash will go off. The white, strong light from the flash is not only very distracting and uncomfortable for the singers, interfering with their performance, but also to the other customers. So just be sure you turn the flash off as soon as you enter the restaurant, so you can relax while taking photos.

To learn more about Lisbon and its locals, just book one of Urban Adventure’s guided tours in the city!