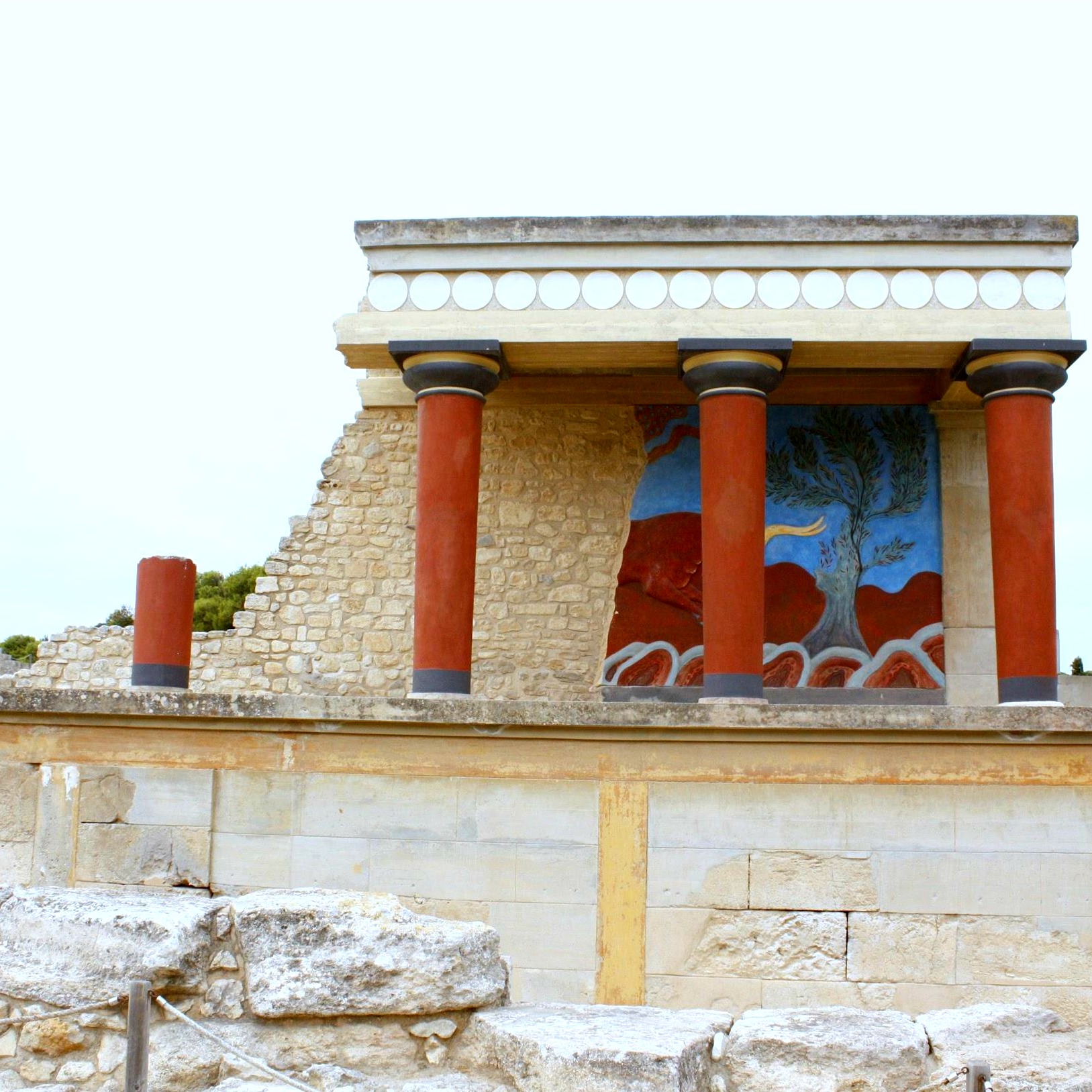 All about Knossos: Touring ancient Crete

If there is one site that you should see while on the island of Crete, it’s the archaeological site of Knossos.

German archaeologist Heinrich Schliemann dreamt of it and a local, Minos Kalokairinos, a Cretan merchant and antiquarian, conducted the first dig. But it wasn’t until years later that Arthur Evans, the son of Sir John Evans, bought the land on which the site sat, and excavated the famous “Palace of Knossos.” 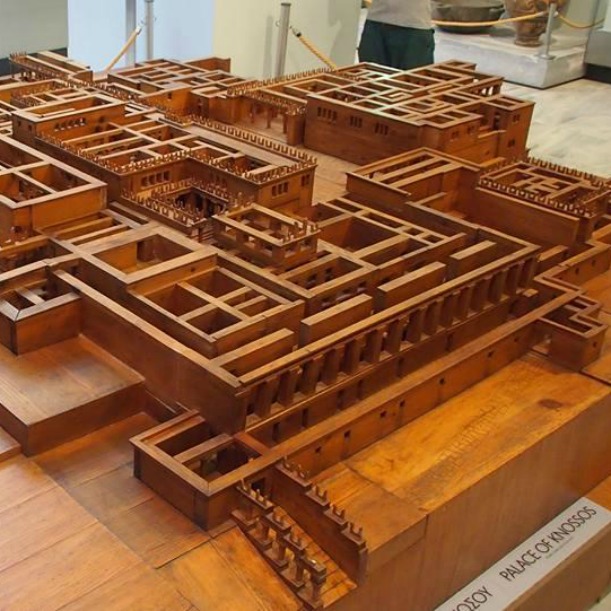 Built on the hill of Kefalas amid olive trees and vineyards, Knossos is considered the centre of Minoan civilisation, the largest Bronze Age archaeological site on Crete, as well as Europe’s oldest city. It sits five kilometres southeast of Heraklion, in the valley that was formed by the river Kairatos. The river sources near the picturesque village of Archanes, runs through Knossos, and reaches the sea at Katsabas, the Minoan harbour of Knossos.

Humans have existed on the island on Crete for more than 9,000 years, bringing many changes to the natural environment over the centuries — so it’s hard to imagine what the Minoan landscape was like, but we do know that the surrounding hills were covered in oak and cypress trees, where today we see vines and olives. As the site grew through antiquity, it finally came to occupy about 20,000 square metres.

Knossos was the seat of King Minos and the state capital of Crete. It was an important city in antiquity, continuously inhabited from the Neolithic period until the 5th century CE, and was where the first important Minoan palace was built. Today, the palace is the most important sample of the Minoan civilisation that lived its peak from 1700 to 1450 BCE. 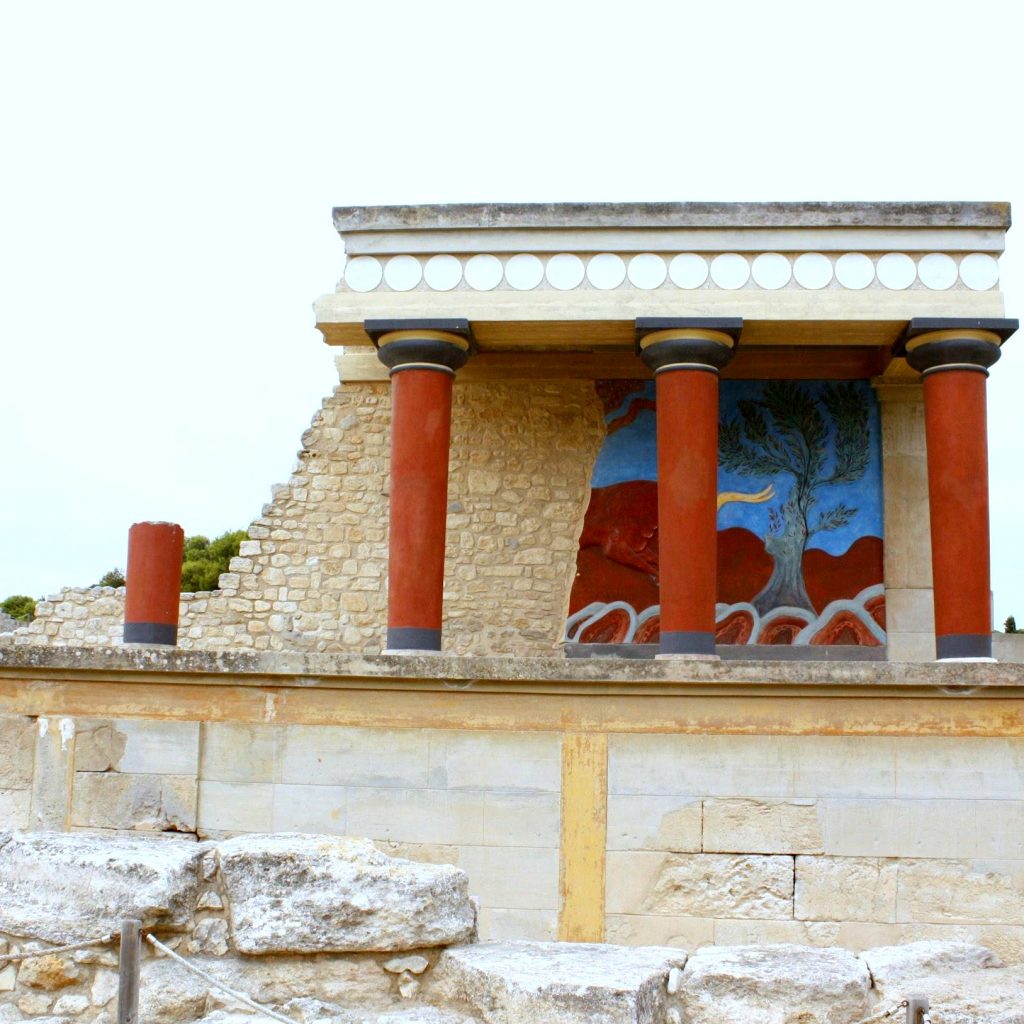 The palace, apart from the throne room and the royal apartments, had rooms for artisans, warehouses, courtyards, a theatre, ceremonial halls, and other luxury rooms built around a central court. But it suffered serious damage in 1799 BCE (probably from an earthquake) and was destroyed in 1450 BCE by a tsunami created by the eruption of the volcano on Santorini island. The palace received its final blow around 1350 BCE by fire.

Fascinating myths, like the Labyrinth with the Minotaur, and the story of Daedalus and Icarus are connected with this magnificent site. If you don’t have time to see it in-person while you’re on Crete, you can also wander around the archaeological museum in Heraklion — a visit well worth taking.