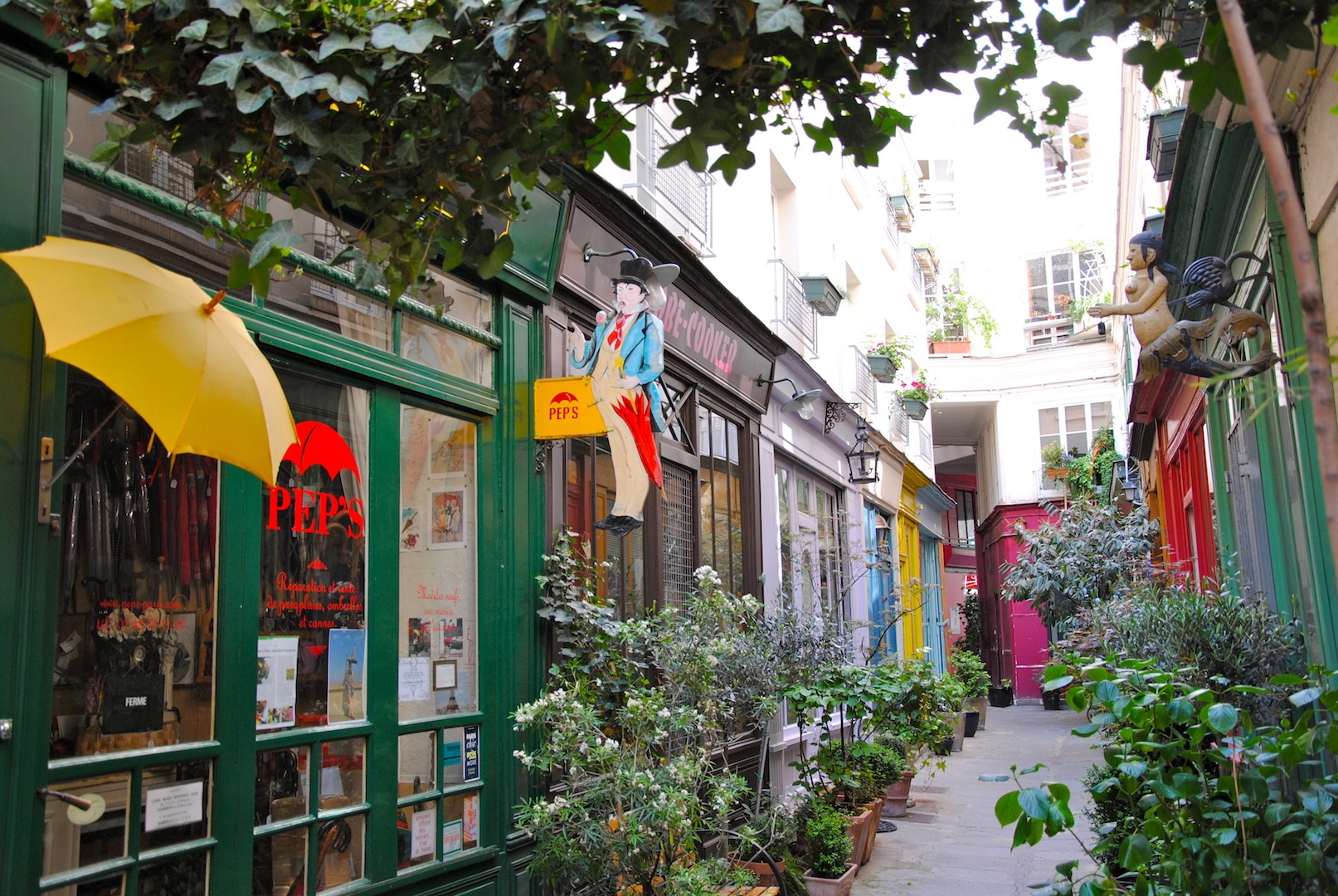 The last umbrella fixer of Paris

Nestled along lush, colourful Passage de l’Ancre, one of Paris’ most adorable hidden streets, Therry Millet runs his tiny boutique. “Pep’s” it says on the front door, an opened yellow umbrella hanging from the door as the shop’s signature.

Thierry is the last of his kind in Europe: the last official umbrella fixer.

The last of a long list, because umbrella fixers were once a popular trade, back in 19th-century Paris. Prior to then, umbrellas were disregarded by the well-to-do in the city, as carrying one often indicated a lower social status: someone who had to walk and couldn’t afford a horse-carriage. In the middle of the 18th century, there were even some umbrella rental stores on each side of Paris’ main squares and bridges, so that people could rent an umbrella just for the time it took to walk across — rather than having to own an umbrella of their own.

Pep’s is the last-standing shop in an old tradition

In front of the store, a sign reads, “Ring the bell, I’m fixing upstairs.” I ring and a few moment later, Thierry appears. He greets me but quickly adds, “I have no time this afternoon. So busy! Come up!”

I’m here to get his story and in his shop, I sit down to ask my first question, but halfway through, the door rings, and then rings and rings again. It’s obvious he’s as busy as he claims, because during our whole interview the bell won’t stop ringing, to the point where every question has to be answered in three or four parts, every time interrupted again by the constant flow of new customers with another broken umbrella to fix. “I fix 8,000 to 10,000 umbrellas a year in this shop,” he tells me, his body bent over an antique umbrella, working on giving it a second youth. “Most people come because their umbrellas have sentimental value. Also, simply because it’s actually cheaper to buy a good umbrella and have it fixed every now and then, rather than getting this cheap stuff that won’t even last a strong shower. I always say a five-euro umbrella will last you five seconds under a storm.”

He suddenly gets upset. “It’s crazy, all this junk that’s being sold everywhere,” he says. “Do you know that umbrellas aren’t actually recyclable at all? So every year, just in France, about 15 millions umbrellas are being buried in the ground. Our grandchildren will eat carrots tasting like umbrellas!” he gives a cynical laugh. “It has killed the trade. I’m a survivor, the last of a long tradition here in Paris. India and Africa still count thousands of umbrella fixers, but here, I’m the last.”

Thierry and his umbrellas. Thierry, so passionate about his umbrellas. Funnily enough, he had never set out to be an umbrella fixer. He had worked for many years as a senior executive in a large firm before finding his umbrella trade. After losing his job with the firm, he remained unemployed for a long time, until a friend showed him an ad about someone selling his umbrella repair business. The friend told him they had found his new career. “I knew absolutely nothing about fixing umbrellas,” he says with a laugh. “Actually, I knew nothing about umbrellas at all!”

The store he took over had already existed for some 48 years, located close to the Sentier neighbourhood, an area famous for its leather and textile crafts. At first it was the leather dealers who represented Thierry’s biggest clientele, bringing the umbrellas of their customers, he explained. But over time, more and more private clients found their way. Since then, the client ratio went from 90% other businesses and 10% private clients to the opposite today.

Thirteen years later, Thierry has become a proper expert in his field. He even designed an umbrella that has become a classic: the Eiffel tower umbrella, which he proudly shows me.

Thierry has reason to be proud, having kept alive one of the historic trades in the capital. His shop has even received the label of Entreprise du Patrimoine Vivant (trade of living heritage), which has been bestowed on some of France’s most iconic brands — which means, standing alongside world-famous businesses like Hermès, Chanel, and Baccarat, is none other than tiny Pep’s, the last umbrella fixer.

To visit Thierry and Pep’s, head to Passage de l’Ancre (one of the cutest Parisian passages), or join us on our Secret Paris: Cheese, Art and Local Life tour.