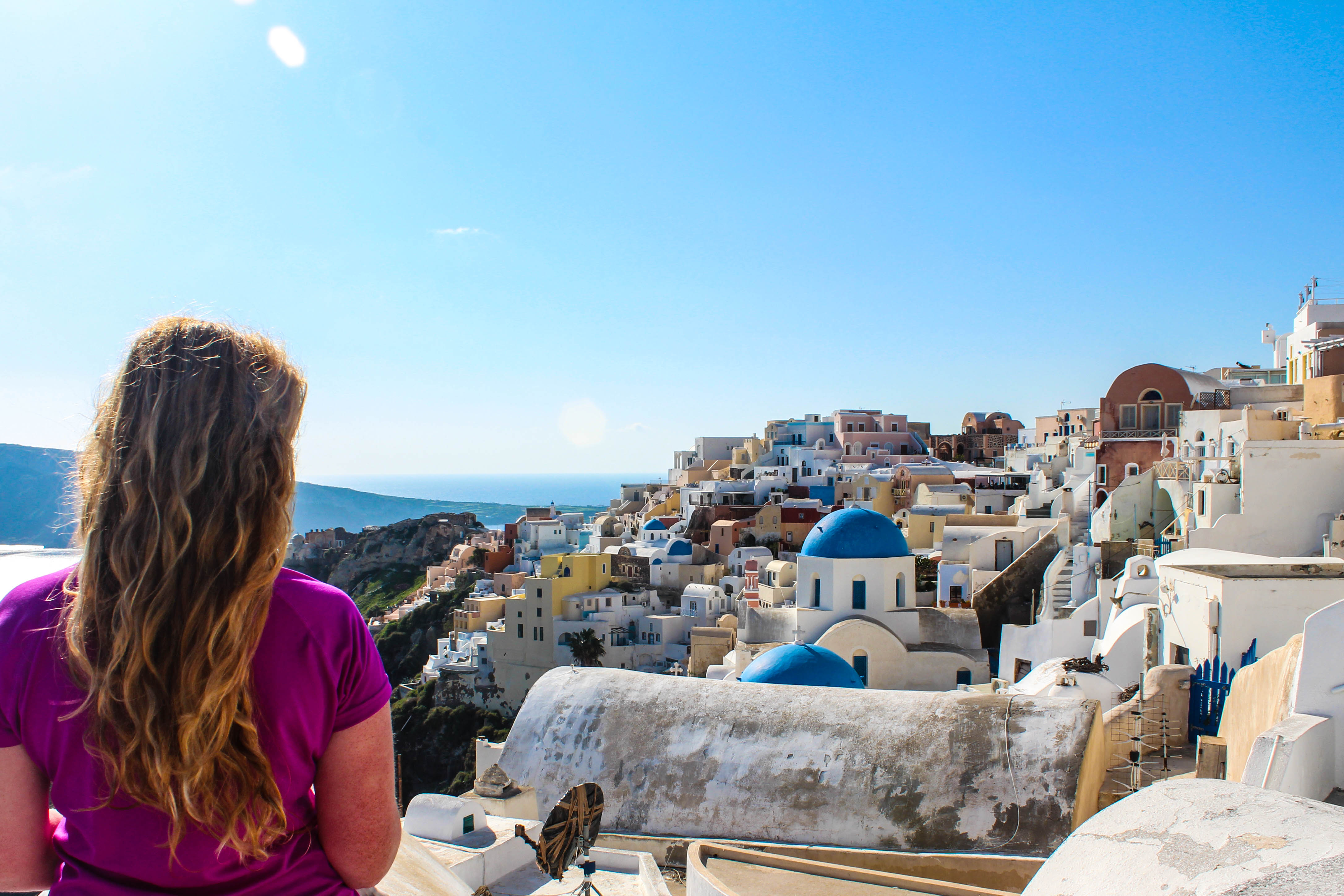 On my first night in Athens I stepped out of the airport and into an unmarked taxi.

As the driver sped through the dark and empty streets, I felt overwhelmed. Overwhelmed by my lack of sleep in the 24 hours it took me to arrive. Overwhelmed by my first solo travel experience — one that would last for three months. Overwhelmed by the absolute stupidity of climbing into an unmarked taxi with a strange man in a strange city where I didn’t speak the language.

For a while I feared he was going to abduct me. Then he guided me safely to my hostel, carried my luggage inside, shook my hand, and wished me luck.

I don’t typically recommend the unmarked taxi thing, but here was my first lesson in Greece: people are generally kind.

I’m not exactly an introverted traveller, but I’m certainly a shy one. Even now, while living in Germany, I find it hard to approach people with my limited language knowledge. Three years ago in Athens, I was absolutely terrified.

I remember leaving my hostel to find a supermarket. I walked into a corner store in search of anything, like bread and cheese. There was a lady sitting behind the counter, watching Greek television, and cracking nuts with her teeth.

I left with a tub of butter and some bread. That’s pretty much what I ate for two days.

After that, I signed up for a private tour through Athens. I had come from a tiny town, but things seemed less scary while on the arm of a new Greek friend. In the evening we slipped into a hidden restaurant and spent an hour eating olives, fried fish and lamb, and heaping plates of cheese. We drank ouzo by the bottle.

Lesson number two: Locals aren’t all that different from us.

Another evening I sat at the rooftop bar in my hostel, with a view of the Acropolis. I started chatting with the bartender, Anna, and her boyfriend, Steve. We became good friends instantly, and I came back to Athens time and time to see them in the following months.

After Athens, I was due to head to Santorini, where I had rented a room in a cave for a month. I had some weird Zorba the Greek ideology in my head. My taxi driver to the ferry had no idea what I was saying — he had to call his wife to talk to me on the phone in English.

On the ferry, I passed out in a hangover haze. I awoke to an old Greek lady who picked up my feet and rested them on a chair, and then she covered me in her coat and gave me a bottle of water. Her husband next to her kept playing with his worry beads. She’d speak to me in Greek and I’d speak in English; she didn’t seem phased in the slightest that I didn’t understand. I watched her and her husband through half-shut eyes and wondered if they’d be so kind to me if I weren’t alone.

Santorini was a little lonely, as it was February and the island is usually dead until May. So I got well acquainted with myself, and the island, and learned a thing or two about isolation.

Lesson number four: You own company is more enjoyable than you think.

Thanks to my tour guide in Athens, I had secured a volunteer experience with her parents on a farm in remote Lesbos, which is where I headed after Santorini. 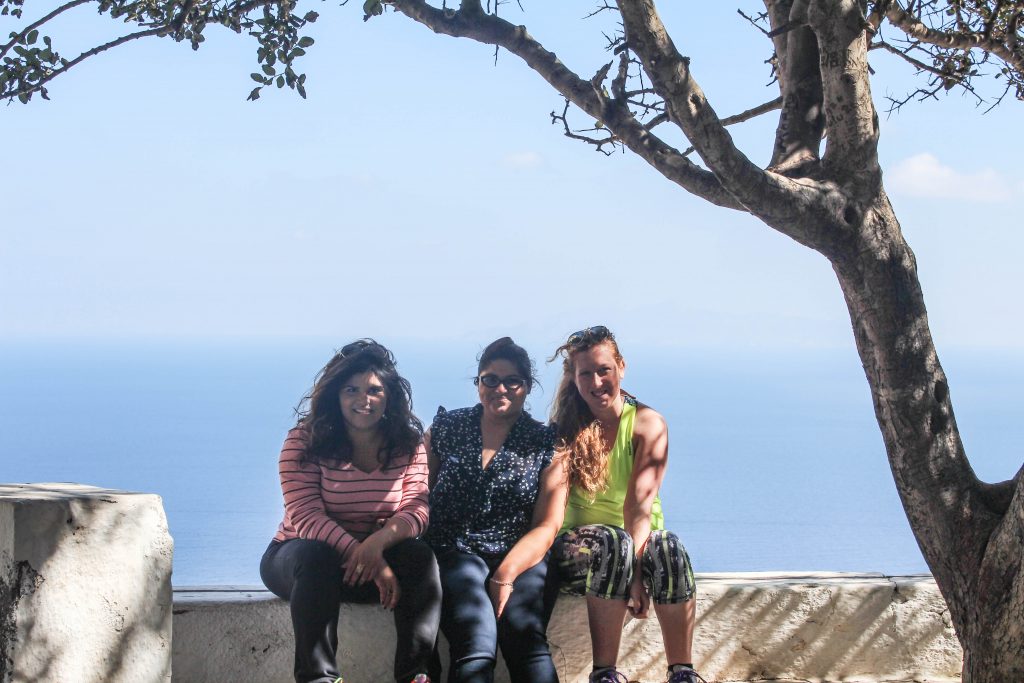 In the Lesbos countryside, I worked on an olive farm with the Tragakis family. I was bad at everything. My fellow volunteer Lena took it all in stride. I’d sit crying in the dirt with spiders crawling over my legs as I weeded the vineyard; meanwhile, Lena was working calmly while humming a song and not breaking a sweat, and she’d still finish an hour before me.

But there was so much magic in farm life. I can still smell the lavender on the breeze, and hear the tinkling of sheep bells in the meadow. My hosts, an elderly couple, took care of us and fed us well.