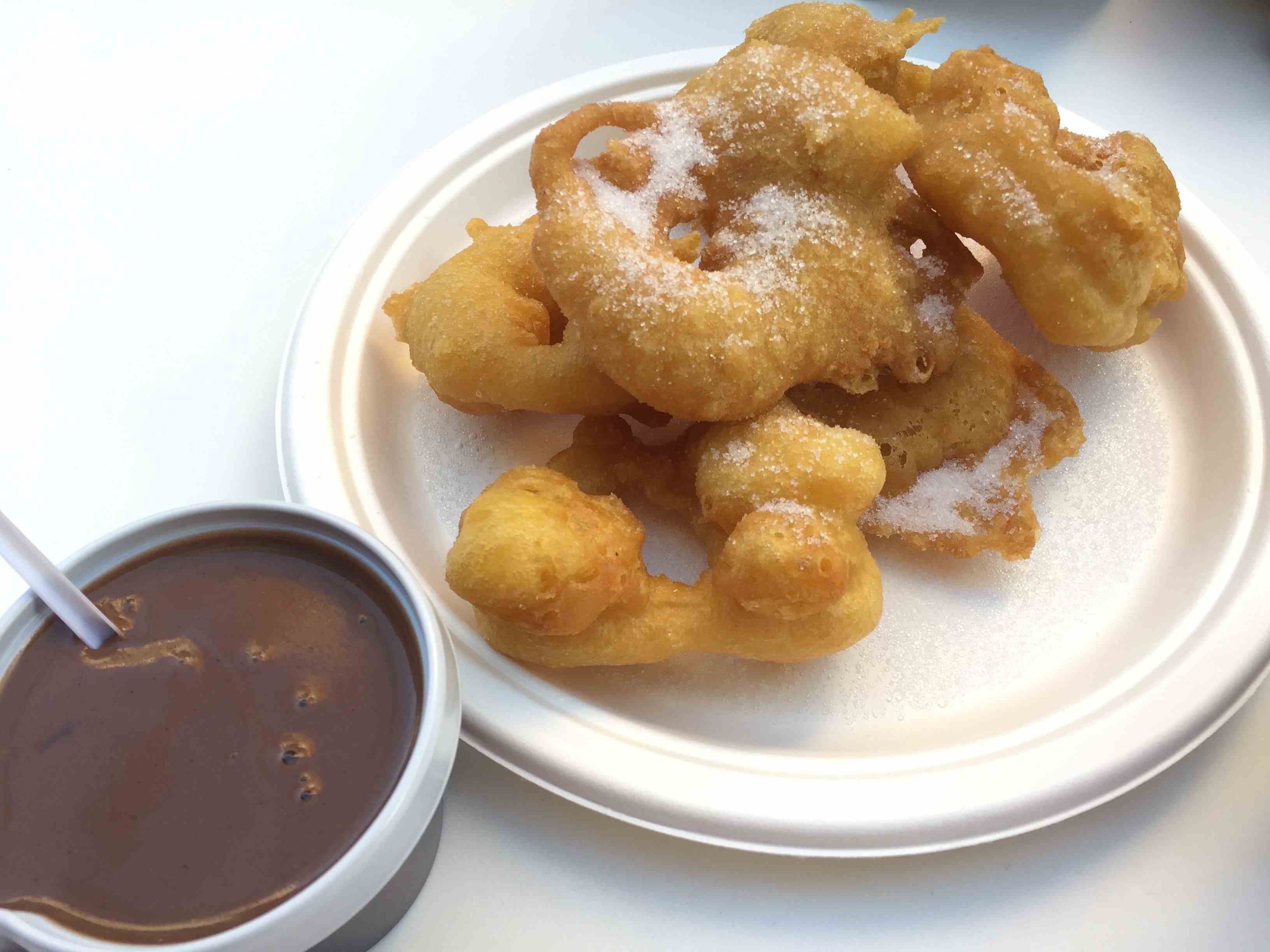 Buñuelos de calabaza, or fried pumpkins fritters, are shaped like doughnuts and usually served with a generous dusting of sugar. The best ones are piping hot, giving you that satisfying crunch on your first bite, and crescendos in taste if you dip them in a cuppa hot chocolate, too. This is what we Valencians love during the cooler months, especially during our most important annual festival, Las Fallas, which happens in March. This is when you’ll find these pumpkin buñuelos freshly fried up at almost every street food stall and horchatería (café).

But what if you’re not in Valencia? No worries, we’ve got a locally sourced recipe that’s been passed down for generations since 1922.

Watch to learn how to perfectly fry your fritters!

“This is a simple recipe with basic ingredients, but the challenge is in mastering the technique to skilfully shape and drop the buñuelos in the scalding hot oil” says Claudia, owner of Bar Biosca — her husband’s grandmother is the originator of the family recipe above. The other secret is the use of the olive-pomace oil (aceite de orujo), which makes them lighter on taste and “easier to digest for our health-conscious customers,” Claudia adds.

Before you let the sweet smell of fried dough lead you to the first buñuelo street stall you see, #localsknow the buñuelos at Bar Biosca are worth seeking out for during Fallas time. Located at the corner of Carrer de Dénia and Carrer de Sueca in the barrio of Russafa (Ruzafa), Bar Biosca is a traditional family-run tapas bar that’s been serving generations of loyal customers since 1922. It started out as a bodega selling beverages, but evolved over the years into a tapas bar, and has always been famous for its homemade buñuelos de calabaza — evident from the many black-and-white family portraits you’ll see hung on the restaurant walls.

Read more: Everything you need to know about Las Fallas in Valencia

Today, fourth-generation owners Claudia and her husband, Javi, carry on this family business with their treasured hand-me-down recipes. They only offer these buñuelos during Las Fallas, when you’ll see the frying station set up on a corner outside the bar, with the lovely buñuelo expert helper, Señora Virginia (who comes only to help out during the hectic festival season), serving up hundreds of piping hot treats to eager customers.

Bar Biosca’s buñuelos are available from March 7 to 19, the last day of Las Fallas. Order some for takeaway (say “Buñuelos para llevar, por favor”) if you cannot get a table during their busy times. Whether you want to try some of their genuinely delicious buñuelos or tapas, come on by and say hola! to Claudia and Javi.

And of course, if you want to explore more local culinary delights, let us take you on our Valencia food tour!

Paella may be the dish that Valencia is most famed for, but if you’re only eating rice when you’re in town, you’re seriously missing out. That’s why we’re taking you deeper into the city’s culinary traditions on this flavour-packed food tour.