Blog > In Mallorca, homemade hierbas is the liquor locals love 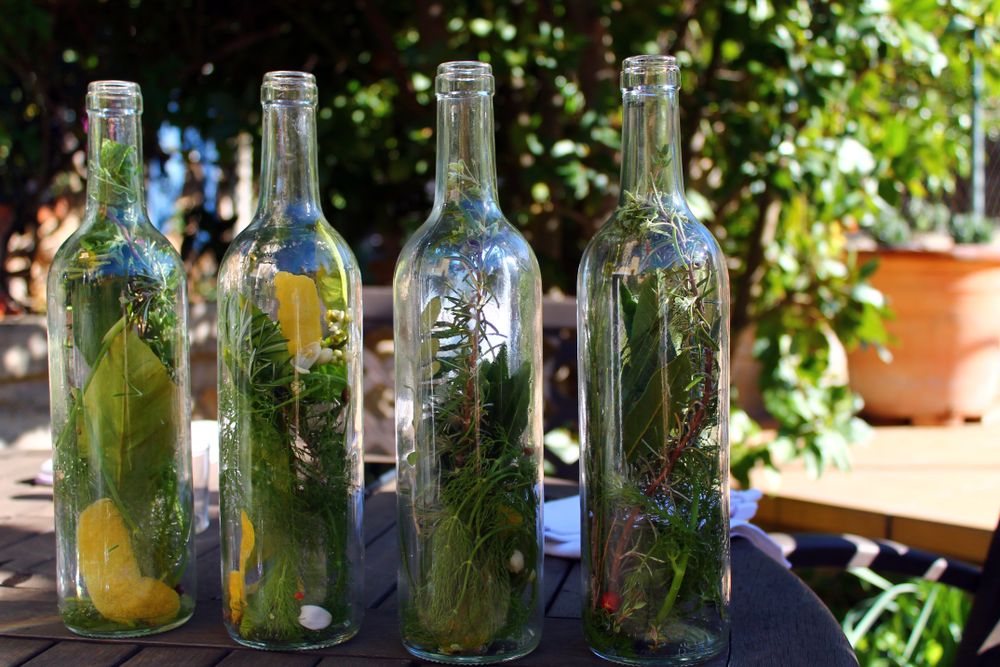 In Mallorca, homemade hierbas is the liquor locals love

In Mallorca, hierbas is the liquor of choice, and locals know the best stuff is always made at home (or on a Mallorca hierbas-making tour!). The tradition of selecting and brewing the herbs is a way to connect with the land and bring its aromas to the table. (Plus, Mallorcans just really love to eat and drink. A lot.) There’s a pride that comes in knowing how to recognise the plants in your local field and to use them. It’s also a way of honouring the past, as hierbas holds a long history in Mallorcan culture.

If you ever visit a Mallorcan home for a meal, you will almost surely be invited to taste the family’s own homemade hierbas. And if you like aniseed liquors, this boozy treat is definitely for you.

How hierbas is made

We traditionally produce hierbas in the spring or fall, when the plants of the island are greener, and full of flavour. We’ll go to the fields and hills around our home and collect various aromatic and medicinal plants, such as chamomile, mint, orange and lemon leaves, wild fennel, lemongrass, lemon verbena and more. We clean them and put them inside empty damajanas (massive bottles that can hold up to 20 litres of hierbas). The bottles are then filled with aniseed liquor, ideally purchased from a local still on the island.

Fermentation takes at least three months — and waiting is the hardest part of the process, of course! At the end of three months, your mixture will be very green, which means it has absorbed all the colour and flavours from the plants, and is ready for drinking.

Hierbas is usually drank out of small glasses after meals to aid with digestions, or as an appetiser, served with ice, to open our stomachs. They can be more or less sweet, depending on the alcohol and sugar content. There are three variations of hierbas:

The history of hierbas

It all started with alcohol, of course! In the 9th century, Mallorca, as well as the entire Iberia Peninsula (Spain and Portugal) were part of the Arab kingdom. The rest of Europe was in the darkest of the Middle Ages. At that time, Arabs had discovered the distillation process; however, under their religion, they could not drink alcohol. Instead, distilling was used for extracting the medicinal ingredients from the plants. This discovery later came to the rest of Europe in the 12th and 13th centuries by way of Venetian merchants.

In the 13th century, when Mallorca was reconquered by the Christians, monasteries were built all around the island and monks played an important role in the distilling process — but again for curative and medicinal purposes. Even the mystic Mallorcan Ramon Llull made important contributions to the process of distillation.

Even if you’re not Mallorcan, you can still make your own hierbas with friends and family | Photo by Mallorca Urban Adventures

Since then, locals in Mallorca have continued to produce distilled alcohol for both medical and non-medical purposes. By the end of the 18th century, there were 177 stills in Mallorca, producing some 780,000 litres of alcohol. Of this big industrial production, a good 60% was for island consumption. Even peasants could afford to buy some aniseed spirit for their needs, and would add to it their own mixes of domestic and wild medicinal plants growing around their houses. The popular hierbas tradition began in that moment.

Later on, large hierbas production industries were formed, but even today it is still very common for families to produce their own hierbas with their own recipes, tailored to their tastes. And of course, every family thinks that their hierbas is the best — we even think the same about ours!

If you want to try it for yourself, come to our house on our Let’s Make Hierbas! tour. You can see if it’s true that ours really is the best, and even make your own bottle of hierbas to take home with you. Just remember to be patient — you’ll have to wait three months before you can drink it!