Blog > The myth and magic of Mariachi in Mexico 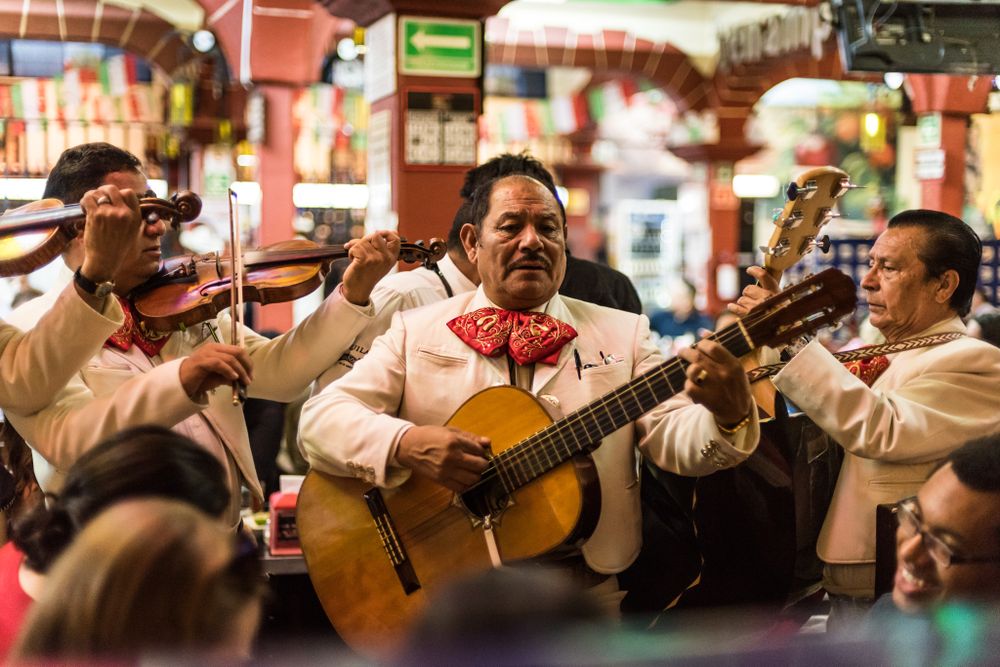 The myth and magic of Mariachi in Mexico

Mariachi has a special place in my heart; in part, because it reminds me of my grandfather, in part because the music always sends a shiver down my spine. And also because I am fascinated by traditions. All my life, I have been surrounded by moments that led me to appreciate the magic and wonder that comes with them.

While many travellers assume that Mariachi is nothing more than a show put on for tourists, it’s actually a rich piece of Mexican heritage, an old tradition that dates back over 300 years. Several towns claim to be the land that saw them sing for the first time, but no one knows for sure. However, even if we can’t name the exact town, the state of Jalisco seems to be the region that gave birth to the music.

The first written account we have of Mariachi goes back to 1695, in the town of Cocutla, Jalisco. That was where they first used the term ‘Mariachi’ to officially describe a group of musicians.

But some people claim Mariachi is older than that. One myth you will find in the towns of Jalisco claims that Mariachi was the natural transformation of indigenous musical traditions during colonisation. It was under the teachings of the Franciscan order that the indigenous people of Mexico started learning Spanish, and began making music to match European standards.

Back in those days, the Mariachis didn’t wear the suits we all know now. Their clothes were simple. They would play for the church at weddings, at birthday parties or even at funerals to pay their last respects. And in those days they wouldn’t charge a fee for their music, they would instead settle with food and drinks.

This changed with time. In 1904, for the first time, the Mariachis went to Mexico City to entertain president Porfirio Días. They soon took advantage of changing technologies and, in 1909, the first recording of a Mariachi band was made. The recordings turned Mariachi music into a hit, and locals began to see them more and more throughout Mexico City, playing at weddings and in cantinas.

Then, movies gave them a new platform on which to shine. In every movie where there was a big musical production, Mariachis would appear. Figures like Pedro Infante and Jorge Negrete played Mariachi serenades as a romantic gesture.

Soon, all of Mexico City fell for the romantic and magical Mariachi way of life. There was no better way to gain the love of a girl than by singing with eight musicians covering your back, whispering the lyrics of the song to impress your new love. Mariachis became a good friend. They kept your love affair in secret, or cheered you up whenever you couldn’t regain the love of your girl.

During the 1920s, General Carranza had that same feeling, and so he hired a Mariachi band to go on campaign with him. After winning the presidency, he placed them on the pay roll. However, as at that time there was no precedent for hiring government musicians, they were registered as police officers — officers of fun! They were in charge of making moments unforgettable and musical.

It was at this time that they adopted the charro suit, and began to use gold buttons. They began to travel to share their music around the world, creating a new icon of a Mexican tradition.

But while all of this is interesting, you may wonder, ‘what does ‘Mariachi’ actually mean?’ Just as is true of many traditions, this one is a mystery, too. It seems that some people say ‘Mariachi’ is the name of the tree that they would make their instruments from — but this tree has never been found. Another well-accepted theory is that ‘Mariachi’ comes from the French word ‘mariage’ (but, this too is impossible to prove).

But my favourite theory is the one that says Mariachi comes from the Nahuatl word meaning ‘The Indian is happy.’ I like this idea because there is no better way to celebrate our happiness than by singing and dancing — just as my grandfather and ancestors did.

You can still find the Mariachi tradition alive in Mexico City, in Plaza Garibaldi (known as, naturally, Mariachi Square). Go to the square and you will feel like you’re in a movie — it’s a great place to make a big proposal, or to drink and sing along with the Mariachi singers themselves.

I hope to see you there, so we can sing a song together! And if the history of this music intrigues you, join our Mexican Night Out tour, which offers a firsthand look into Mariachi folklore in Mexico City.

Ready to get up close and personal with one of Mexico’s most popular sports? It’s going to get exciting! Our unique Mexico City city tour (say that ten times fast!) starts at a typical Mexican pub called a cantina. There, you’ll enjoy a couple drinks (at your own expense) and get to know the rest of the travellers on your tour.