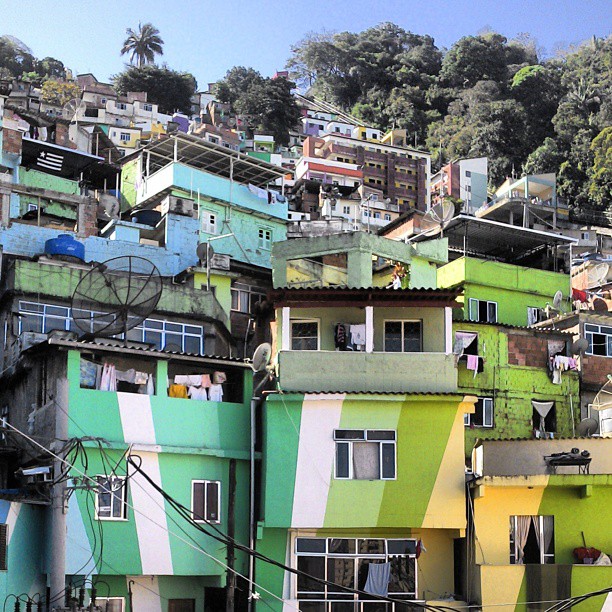 As the World Cup comes storming into Rio this year, 2014 is going to be a pretty big one for Brazil. If you’re lucky enough to be heading to this vibrant, passionate South American country this year, we think there are a few things you should before you head out. Brazil is a huge, diverse country, making it difficult to compile a list of need to know info, because you’ll find different ways of life around every corner. Having said that, our Rio guide, Luiz, had a few tricks up his sleeve, and gives his local take on what you need to know if you’re visiting Brazil. 1. You have to try a Caipirinha

Because every informative guide should start with something booze related. Caipirinha is the national drink of Brazil, and the main ingredient is this lethal stuff called ‘Cachaça’, which is kind of like rum, but not rum at all. In order to make a wicked Caipirinha, a few different thing are considered, and the kind of Cachaça is always one of them. Just like whisky, the older the Cachaça the better, and aged Cachaça will have a yellowish colour to it and be named something like, ‘gold’, ‘premium’, or ‘seleta’, which means selected. Cachaça alone can be about 45% alcohol (we told you it was lethal), so it is mixed with lime and sugar to create a Caipirinha. Be warned: two Caipirinhas alone will hit you like a freight train, so they should definitely be enjoyed responsibly. We advise against drinking them by the beach when it’s hot, for fear of you chugging them as if the’re water to keep you cool. Caipirinhas are best served up in a swish cocktail bar – trust us.

Brazil has its own very distinct culture and customs, but it is also one of the most multicultural countries in South America. Since it opened its borders for immigration in the 19th century, Brazil has had immigrants from over 50 countries cross its borders and stay there. Brazil has the largest population of Japanese outside of Japan, with 800,000 Japanese people living in São Paulo. Not to mention the city of Blumenau in the south, which hosts the second largest Oktoberfest in the world due to its German influence. Those Brazilians certainly do love to party! 3. Many locals only speak Portuguese

Portuguese is the official language of Brazil, and for many people native to the country it is the only language that they speak, even in the bigger cities like Rio. You might find that many locals will understand Spanish, and some people working in hospitality in particular will have a slight grasp of English. Nevertheless, Brazilian people are friendly and will try to help you regardless of the language barrier. Before you take a trip to Brazil, it would definitely help if you had a few Portuguese sentences mastered, and take note of the different sounds (a ‘r’ sounds like a ‘h’ for example. At least make sure you know ‘obrigado’, which means ‘thank you’.

Brazil isn’t just a great tourist spot, it also has a lot going for itself without all the foreigners knocking at its door. Brazil’s economy is the 7th largest in the world, and continuously growing to boot. Some of the main exports are iron, ethanol, textiles, footwear, soy beans, aircraft, and top quality soccer players, of course.

You might have already known that Brazil is pretty big, but did you know just how big? Brazil is the 5th largest country in the world, which means that you won’t find just one way of life here. Brazil has a wide range of cuisines, climates, and cultures. Which is a good thing, of course! One thing you should keep in mind is that because Brazil is so big, you shouldn’t try to pack in too many places on your trip, or at least plan out these stops if you do. Flying from one end to another can be like flying from LA to New York, so make sure you plan travel carefully. Also, many places don’t have four seasons, merely a dry and rainy season instead.

One huge bonus of Brazil being so huge is that there are so many different kinds of food you’ll find there. You have to try feijoada from Rio de Janeiro, moqueca de peixe from Espirito Santo or Bahia, churrasco gaúcho from Rio Grande do Sul, acarajé from Salvador, and rabada from Minas Gerais, to name a few. That’s one thing to definitely note about Brazil, it’s a feast for the mind, body, and soul!

Heading to Brazil and want a bit of local assistance? We have tours in both Rio de Janeiro and Iguassu Falls, so if you’re not up for venturing out on your own, we can help you have the Best. Day. Ever.!

What lockdown has been like in Havana
Where to watch football in Vienna
Lonely Planet Best in Travel 2020: What not to miss according to locals
The 10 Most Romantic Tours in North America
Best Street Food in Havana: Coco Glasé in Plaza Vieja