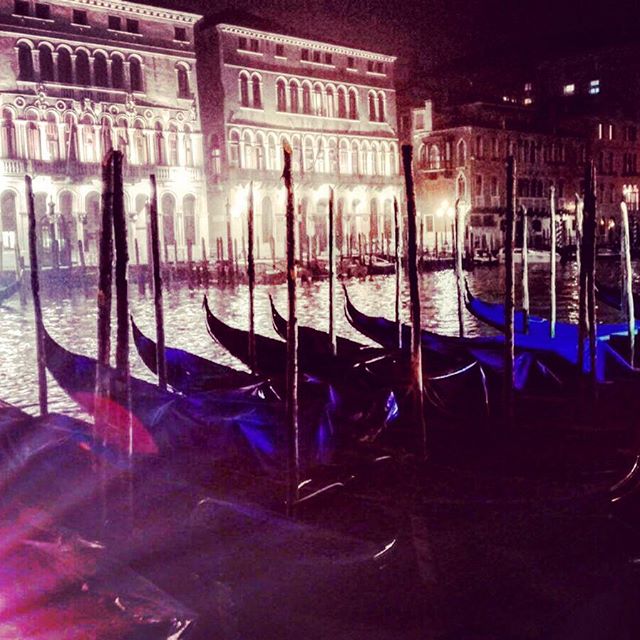 How to have the Best. Year. Ever.: a short, half-serious look at local Venetian New Year’s Eve traditions and superstitions.

Yes, it’s part of us. Being Italian means being superstitious, and New Year’s Eve is one of the best occasions to practice and prove this national trait.

Want to ring in the new year like a Venetian? Here some rituals to close one year without problems and to start the new year under the best auspices.

Just follow the steps below and you’ll have a lucky 2016!

1. Wear something red. If you can wear red underwear, even better! But heads up: don’t buy it. Your red attire must be a present and you mustn’t forget to throw it away the morning after!

2. Leave two windows open. The draft will chase the spirits away. Also leave the door open to let the good spirits come in (and let’s hope that local robbers will be too busy celebrating to notice!).

3. Eat lenticchie e musetto. Translation: lentils with a local pork sausage. Since the time of the Roman Empire, lentils have been considered a symbol of abundance and richness because lentils look like small coins. (Pssst we’ve got a recipe below!)

4. Kiss somebody you love (or at least you like!) like a boy or girlfriend, a relative, your dog, your goldfish, your teddy bear) under the mistletoe to have a sparkling year full of love and passion!

A #localsknow tip? Do step 4 before step 3: kissing somebody after the lentils and musetto could be dangerous!

Luckily the ancient tradition of throwing old objects out of the window in order to get rid of old year’s problems and bad luck is no longer in use…..recycling rules!

If you did all those steps, now you can relax, have a glass of prosecco, and say “Salute!” (Cheers) to the 2016! Thanks to those rituals the new year will be a blast: 365 days of love, success, wealth, and everything else you’d wish for.

Don’t you believe it?

Well, you need to know that there’s another superstition that says that if you don’t believe in those ancient superstitions you’ll get a lot of bad luck……so be aware, pick your side, and have a happy new year no matter what you believe!

And now, for the lenticchie e musetto recipe!

– cut a carrot, celery, and onion in small pieces
– brown all it in olive oil
– add a glass of white wine
– add 400g of lentils (for 4 people)
– add 500ml of water (add some more while cooking)
– cook for about 20 minutes
– at the end add some salt, sugar, pepper and a small, hot red pepper
– boil the musetto in salted water for about 40 minutes, cut it in slices, and serve with the lentils.

The name musetto “small snout” comes from the fact that this type of sausage (typical of the Veneto region) is made with the meat of the pig’s head.