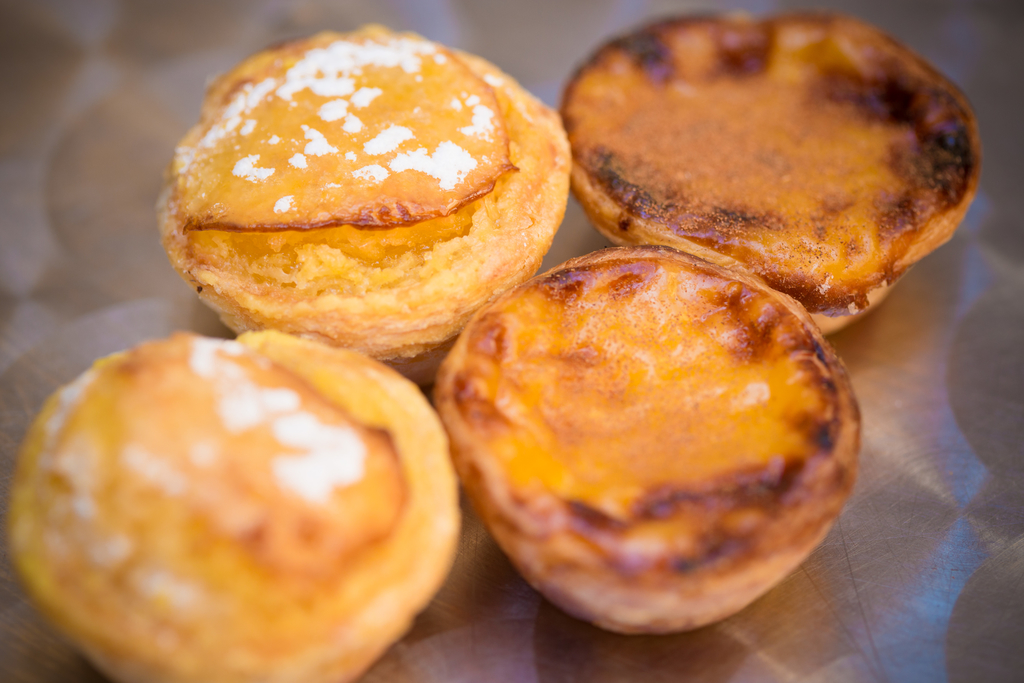 There is more to Portuguese cuisine than the world-famous exported condiment of piri-piri. Easy contenders to win out over the much-loved chicken glaze (thanks to a certain colourful fast food rooster chain) can be found straight from the kitchens of Porto. So if your travels land you in northern Portugal, be sure to enjoy these traditional dishes and street eats — they’re too good to be shipped to the masses.

It seems like every country has its big city rivalry and in Portugal, it is no different. Porto and Lisbon are at odds with one another, even when it comes down to the country’s favourite sandwich, the bifana.

A bifana, in essence, is a pork steak burger served in a light yet crusty small bread roll. In Lisbon, the steak is cooked on a hot plate with condiments such as mustard, ketchup or mayonnaise added to your liking.

But in the northern part of the country, particularly Porto, the pork steak is chopped into small pieces, similar to a stir-fry. The pork is then cooked in a big pot of sauce featuring ingredients such as garlic, bay leaves, white wine, olive oil, piri-piri and chicken stock. The bread roll acts as a sponge to soak up flavours of the saucy, reddish pork mix. And despite it being sometimes a messy eat, it’s worth the sticky fingers.

Have a detox shake on standby as your body may not forgive you for the next bite you take. Porto’s speciality dish, francesinha, will leave you having a ‘Man vs Food’ moment with the amount of calories, meat and grease endured in just one forkful.

This epic Porto staple dish translates to ‘little French woman,’ an ode to its French origins. Inspired by the croque monsieur, Portuguese immigrants took their love for the classic French snack back to Portugal to adapt it into a full blown, heart-attack-worthy main course.

Between its cheese-doused thick bread exterior is a selection of meats that almost resembles a butcher store window. There are variations to how the dish is made but usually it includes ham, Portuguese sausage (linguiça) and steak (either pork or beef), which are all stacked together to create one meaty interior. If that isn’t enough to sound like the perfect hangover cure, the dish is then usually topped off with a fried egg and a sea of rich tomato beer sauce. Served with chips on the side, this is the type of dish that will make you crave a comfy spot on the couch (or bed) after.

Photo by jfcfar from Aveiro, Portugal (A Francesinha) [CC BY 2.0 (https://creativecommons.org/licenses/by/2.0)], via Wikimedia Commons

The thought process behind creating the Alheira sausage was to be all inclusive with a little bit of this and a little bit of that — but please, lay off the pork! This pork-less Portuguese sausage was created by the Jews of Portugal during the 15th century, who were at risk of being expelled from the country unless they converted to Christianity. As a way to distract Christians and to protect their beliefs, they created these tasty sausages using a combination of different meats (poultry, game and bread), to give off the impression they were consuming pork. The sausage itself is similar in texture to Italy’s Ndjua sausage. It is the perfect pairing with a slice of local bread or with mountain cheese (soft sheep cheese).

Are you a sweet or savoury type of person? Lucky for you, in Portugal, you can be both but for now, I need to discuss the little golden pillows that appear in pastelaria shopfronts throughout the country.

These little savoury stomach fillers come in all shapes and sizes, with some deep-fried, croquette-like and some with flaky pastry. We will focus on the former. The croquette types include stuffings such as minced beef (rissole de carne) in a half-moon shape, codfish (rissole de bacalhau) in a rectangular shape, and shrimp with a béchamel mixture (rissole de camarão) with fish-like scales on the edges of its half-circle shape. These inexpensive small bites are best teamed with a freshly squeezed orange juice.

Cod is immensely popular in Portugal so it is no wonder that so many dishes are made with cod, including the small nugget-like bite, codfish cake. Known as bolinho de bacalhau in the north, these are made with a combination of potato, codfish, eggs, parsley and onion, and then lightly deep-fried to perfection.

This list would not be complete if I did not mention Portugal’s other famous food export, the heavenly sweet pastel de nata (or pastéis de Belém if you are in the historic Belém area). To the rest of the world, this sinfully delicious treat is known simply as a Portuguese egg tart.

It was originally created by Catholic monks before the 18th century, using leftover egg yolks encased in a buttery crisp pastry. Cooked on a high heat, the pastry’s blistery top gives it a caramel-like finish to make it that extra bit of a guilty pleasure. This creamy and sugary treat is perfectly paired with a shot of espresso.

The French have champagne, the Italians have grappa and the Portuguese have their port. The origins of Port come from nearby Douro Valley in the north of Portugal. It is commonly a sweet, dry red wine although there are also dry, semi-dry and white varieties. It is best to have a sip of port after a main meal as a dessert.