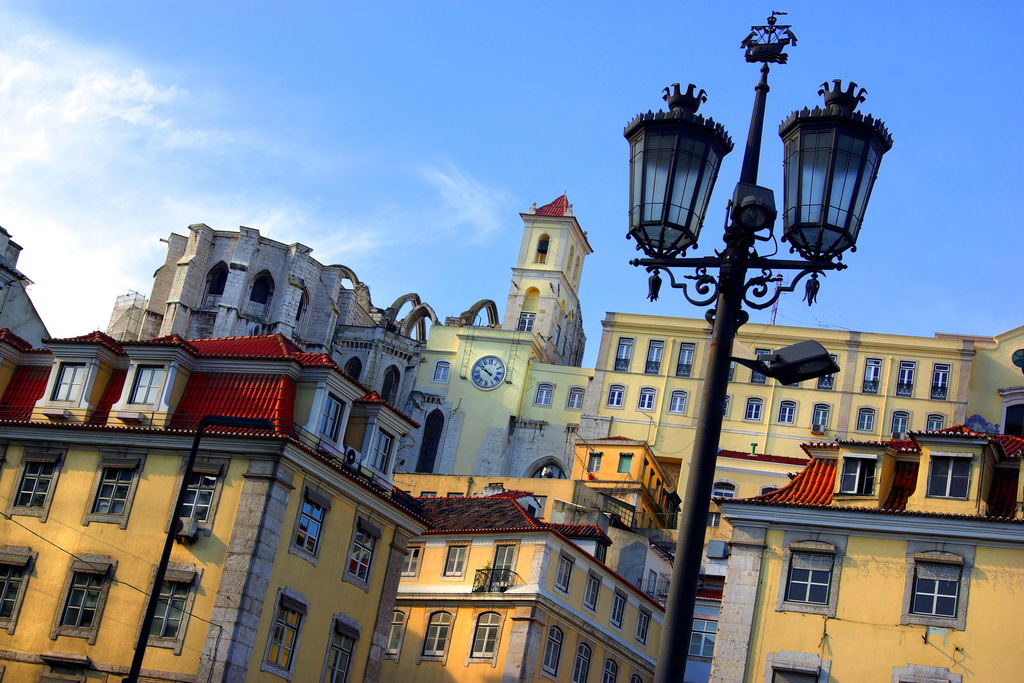 Portugal is a harmonious place to be. Soothing sounds of the sea can draw your thoughts to adventures beyond the Atlantic Ocean, and then there are tender sounds to gently draw you right back in, like fado.

Fado has been the soundtrack of Portugal for over 200 years and was granted World Heritage status by UNESCO in 2011. Translated to ‘fate,’ fado is accompanied by varying instruments such as the 12-string Portuguese guitar and mandolins, with one highly emotive fadista (fado singer) singing. It is a melancholic affair with poetic lyrics incorporating elements of sadness, death and the dark side of love, all sung with rawness and conviction. Just don’t let the tears drop into your glass of Portuguese wine! Its not all doom and gloom, however, with some singers injecting humour into their performances.

There are two popular forms of Fado sung in the country, with Lisbon and Coimbra being two of the best places to experience the traditional music for yourself.

In Lisbon, fado music is popular in the districts of Mouraria and tourist favourite Alfama.

Alfama, with its labyrinth of narrow cobblestone streets, winding alleys and steep staircases, is Lisbon’s oldest district, dating back to the 15th century. A curious stroll through this picturesque neighbourhood is a pleasurable one due to the absence of cars and a village-like atmosphere. But behind the thick, towering stone walls, another discovery can be made: Fado clubs. Alfama’s cobbled streets are filled with places to enjoy the locally loved music.

There are two types of Fado clubs found in Alfama: professional adega típicas and amateur tascas. The former usually combines a traditional Portuguese dinner with the show. A typical show in one of Lisbon’s most famous late night Fado venues features professional fadistas bearing their soul at the front of a dimly candle lit room. Most of these intimate performances are usually sung by a female fadista.

Amateur or open mic tascas appeal to those who seek an unscripted night where anything goes, and anyone can perform. More in line with fado’s working class origins, tascas attract aspiring professionals to seasoned fadistas wanting to perform in a more intimate setting (usually a small bar or tavern). These are often much more authentic than adegas in terms of creating a casual and cosy atmosphere (and they are easier on the wallet, too).

In the student city of Coimbra, it’s the men who are expressing themselves soulfully. Coimbra Fado was invented spontaneously among students who had taken their Portuguese guitars to university with them and since then, the tradition has lived on.

This type of Fado is sung only by men, adhering to a strict dress code (pants, cassock and a black cape) to express its solemnity.

The main rule of Fado

Once the fadista starts singing, make sure you stop the chatter, put down your fork, put your phone away and take in their every note, and every facial expression and gesture to really feel the sentiments of Fado.

Want to discover where to hear the sounds of Fado in Lisbon? Check out our Sunset Fado & Dinner tour.