Blog > La Paz is a city of the weird, wonderful and witchcrafty 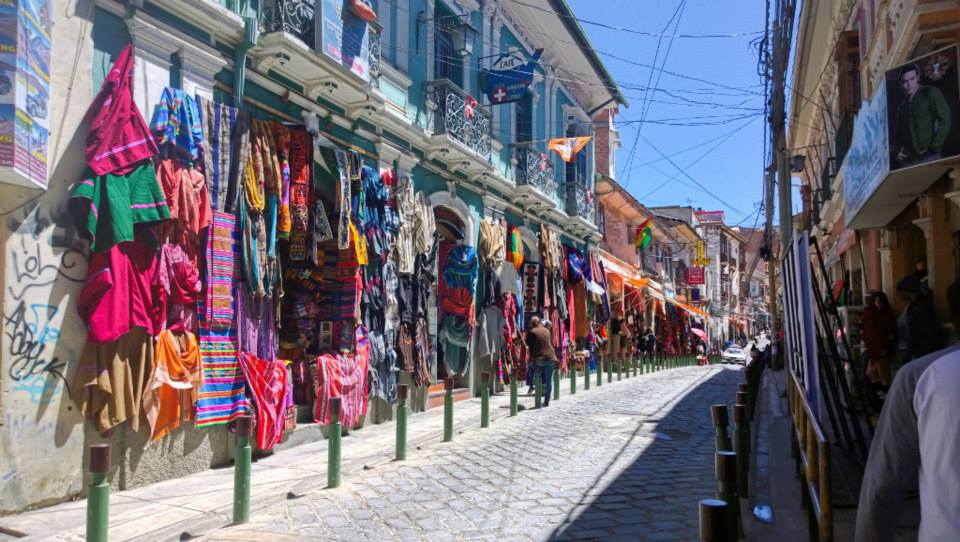 La Paz is a city of the weird, wonderful and witchcrafty

A city unlike any other, La Paz will leave your head spinning (thanks to both the ridiculous altitude and the wonderfully vibrant colours), your belly full, and your heart warmed. This place feels like the epicentre of frenetic energy and hustle. The locals move with such urgency, and with such seeming disregard for those who are also bustlin’ past, that collisions and shoulder bumps are inevitable. The sloping and somewhat unstable paving of the streets will also lead to a few stumbles during your exploratory wanderings of this incredible city.

I find that often its visitors can be classed into two camps: outright haters and all-consumed lovers of this crazy city. I found myself totally and completely set up in the latter. I adored the sights, smells, and sounds so different from my home — and the all-around ‘weirdness’ that defines daily life in La Paz.

Of course, the top ‘weird’ thing to do in La Paz is to pay a visit to the city’s witches’ market, located on Calles Jiminez and Linares (an admittedly thriving tourist area of La Paz). As a complete hippie with the most open of minds, I was all about their shamanic practices and Earth-honouring rituals. Bolivians are very spiritual people, with a profound respect for and belief in the goddess Pachamama (Mother Earth). As such, they honour their ancestral traditions that rely on natural remedies and practices that foster mind-body healing. The shelves are adorned with potions and spells of all sorts. Got a pesky tummy? There’s a spell for that. Not lasting long in the bedroom? Boom, curse broken. The market stalls are run by ‘witches’ (Earth medicine women and healers) who are welcoming, informative, and so damn interesting. I would recommend setting aside a few hours to really explore the laneway, especially if you are also keen to explore the less witchy features of this street, which include textiles, jewellery, clothing, and food markets.

For something equally weird but less supernatural, San Pedro Prison is an intriguing site. It’s been dubbed the world’s most bizarre prison, where an entire society of prisoners exists with its own prison-world rules. Cocaine is produced within the walls (supposedly the purest in Bolivia), wives and children of convicts live within the complex, and inmates infamously have to buy their own cell — and cell space is limited in a prison that was built for 600 people but grew to house more than 2,000. It’s unclear whether you can still take tours inside like you could back when the book Marching Powder was written (the government keeps promising to shut the entire prison down and move to a facility outside the city), but for now, the infamous building still stands. 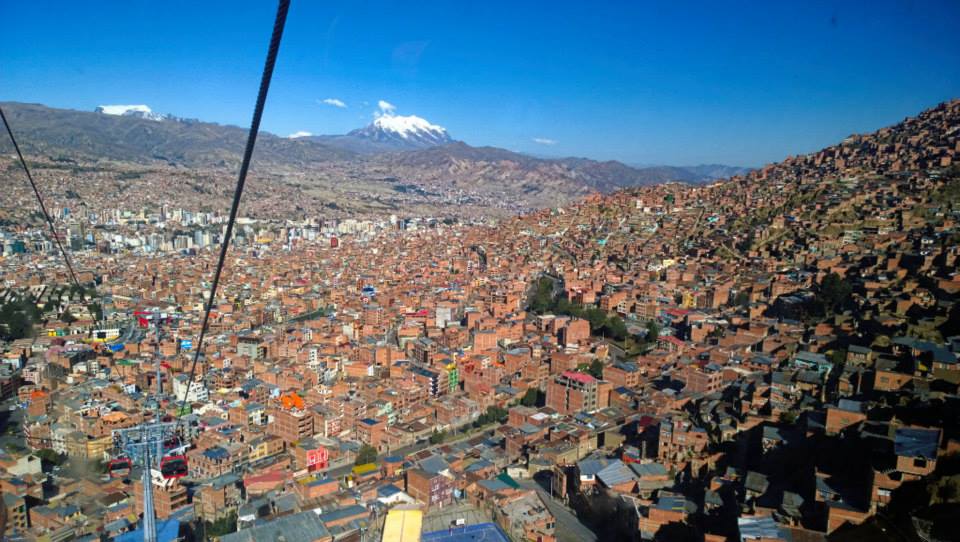 Of course, it’s not all weirdness in La Paz. There’s spectacular coffee to buy and chocolate to taste (head to El Ceibo for some uniquely Bolivian delights like chocolate-covered rice, straight from the factory), and there’s some amazing scenery to see. Sprawled amid the towering Andes, the city spills all across the valley and up into the mountains, and its sheer size is mind-boggling when you see it all from above.

To explore this epic city by sky, the Mi Teleférico cable cars are a budget-friendly, alternative way of seeing the sights and will take you from the base of the city all the way up to El Alto, a city atop the terracotta roofs of La Paz. For a ‘round the world’ (read: round La Paz) trip, take the red line to the top and the green line to the base. This will offer you the most breathtaking vantage points from which to snap photos of this massive city. Bonus tip: plan your ride to coincide with sunset for the opportunity to really see the city sparkle. La Paz at night is all kinds of magical.

Whether you choose to explore by foot or by flight, this city is one that will stay with you long after you depart its multicoloured, spellbinding streets. The only way to know if it’s for you? Book that ticket.