Blog > San Sebastián on wheels! Tips for cycling the city 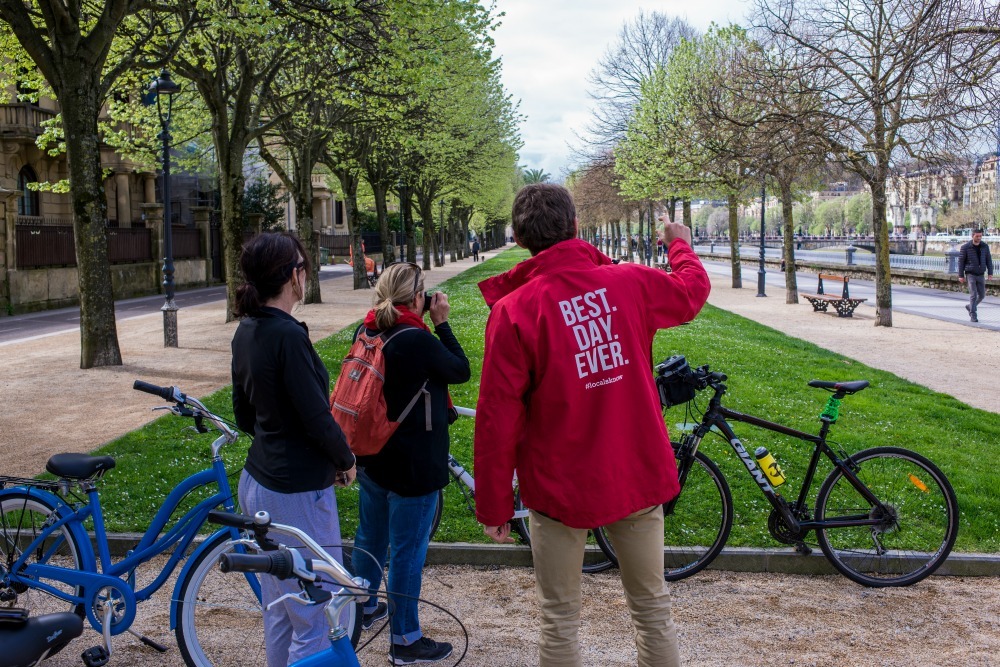 San Sebastián on wheels! Tips for cycling the city

One of our favourite moments of the day is the bike ride before and after work. Bikes are an economic option for getting around, help you avoid traffic, prevent further pollution, and help disconnect us from our worries for a while.

Also, fun fact: Basques have always been passionate followers of professional cycling, especially the Tour de France. Legend Miguel Indurain is a professional Navarre-born cyclist who won this race for five consecutive years (1991-1995), as well as the Giro d’Italia in 1992 and 1993. Aside from these victories, he was also winner of the UCI Road World Championship, and won a gold medal at the 1996 Summer Olympics.

San Sebastián boasts 30 kilometres of bike paths that will take you anywhere within a matter of minutes. Ride along La Concha (where there’s an automated counter that tallies the number of bikers daily) from the portside to Ondarreta Beach, move around the new town and cross the bridges to Gros (an emerging neighbourhood that is becoming more and more popular among locals and foodies), or follow the river to Amara and the mythical stadium of Anoeta, the headquarters of our football team Real Sociedad. Bike paths are intuitive and there are maps available online, in bike stores, and at the Tourist Information Office.

The bike paths in San Sebastián not only lead you to every corner and beyond in the immediate area, but the Basque Country has an extensive bike path infrastructure that spreads out even further, all the way from east to west. Many people even cycle the trails along the nearby St. James’ Way (also known as Camino de Santiago) instead of walking them.

Plus, bikes are allowed by transport companies like Renfe and Euskotren — trains you can take to move around the entire region.

Scenery you might see on a bike trip through San Sebastian

Rules of the road

Before you start pedalling, there are certain rules and restrictions to keep in mind if you want a safe ride in Basque Country. These common sense rules should be applied in all circumstances for everyone’s safety when you’re on a bike.

While fines aren’t given out frequently in San Sebastián, mobility agents might make you stop and get off your bike whenever you’ve committed an infraction. Agents in San Sebastián frequently say that their intention is more to educate bikers and pedestrians.

Sightseeing while cycling is one of the best ways to embrace Basque culture. Basques have a great sense of orientation and a great knowledge of the region’s bike paths and hiking trails. If you are an adventurous traveller, you might want to consider a bike tour of San Sebastián instead of just seeing the city by foot. Our local guides know every bike path like the backs of their hands, and for nearly three hours of fun, we will show you some of the best things to see in our city, along with a few hidden gems.

Your San Sebastián cycle tour will start at one of the most iconic buildings in the city: the town hall, Ayuntamiento. Before we take off, you’ll get to mingle with locals, check out the antique carousel, and learn quirky facts like why there are so many small trees in this area, and how San Sebastián is connected to Japan.