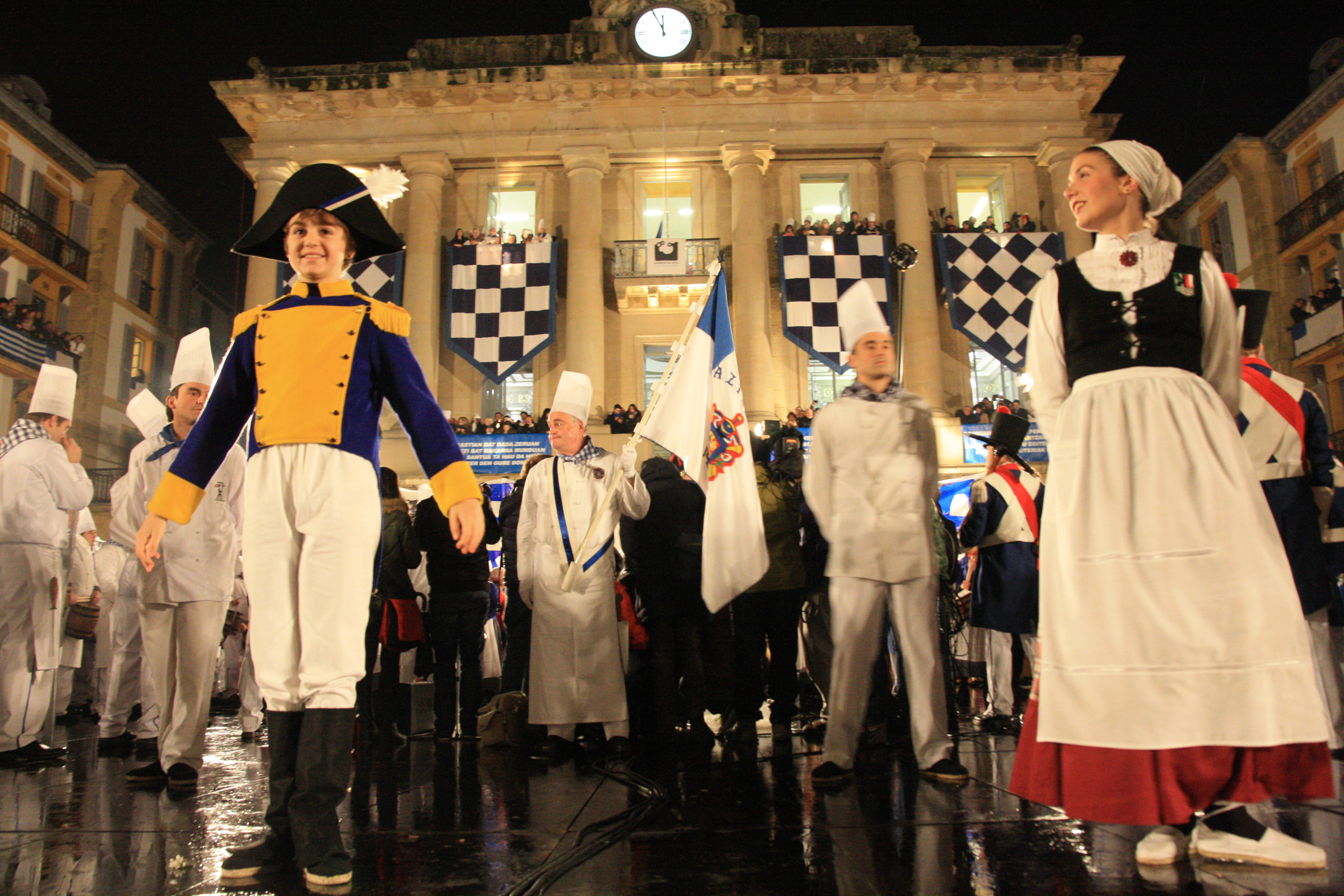 Spain is well known for its summer festivities, but San Sebastián will celebrate its biggest party of all in just a few days, on January 20. While most nearby cities celebrate their main festivities in the summer, San Sebastián plays it different and goes for a winter event that’s 24 hours of fun, food, and music (the timing is also appropriate — San Sebastián is famed for being a holiday city, so while the rest of the Basque and Spanish population is working, San Sebastianers are partying!).

The celebration begins on the evening of January 19, when locals gather at gastronomic societies for the traditional dinner (in the Basque Country, food is essential for celebrating the most important events).

However, the official start of the event is at midnight, when the San Sebastián flag is raised at the old Town Hall, and the San Sebastián anthem is performed — full of passion and accompanied by drums (check out the joy-filled moment in this video). This performance is called the tamborrada (from tambor, meaning “drum” in Spanish). The tamborrada is played at night by adults, but the next morning, children perform; after weeks of rehearsing at school, groups of children take to the streets for the tamborrada. On this day, the whole city feels like an authentic community joined by being part of the same traditions and cultural heritage. 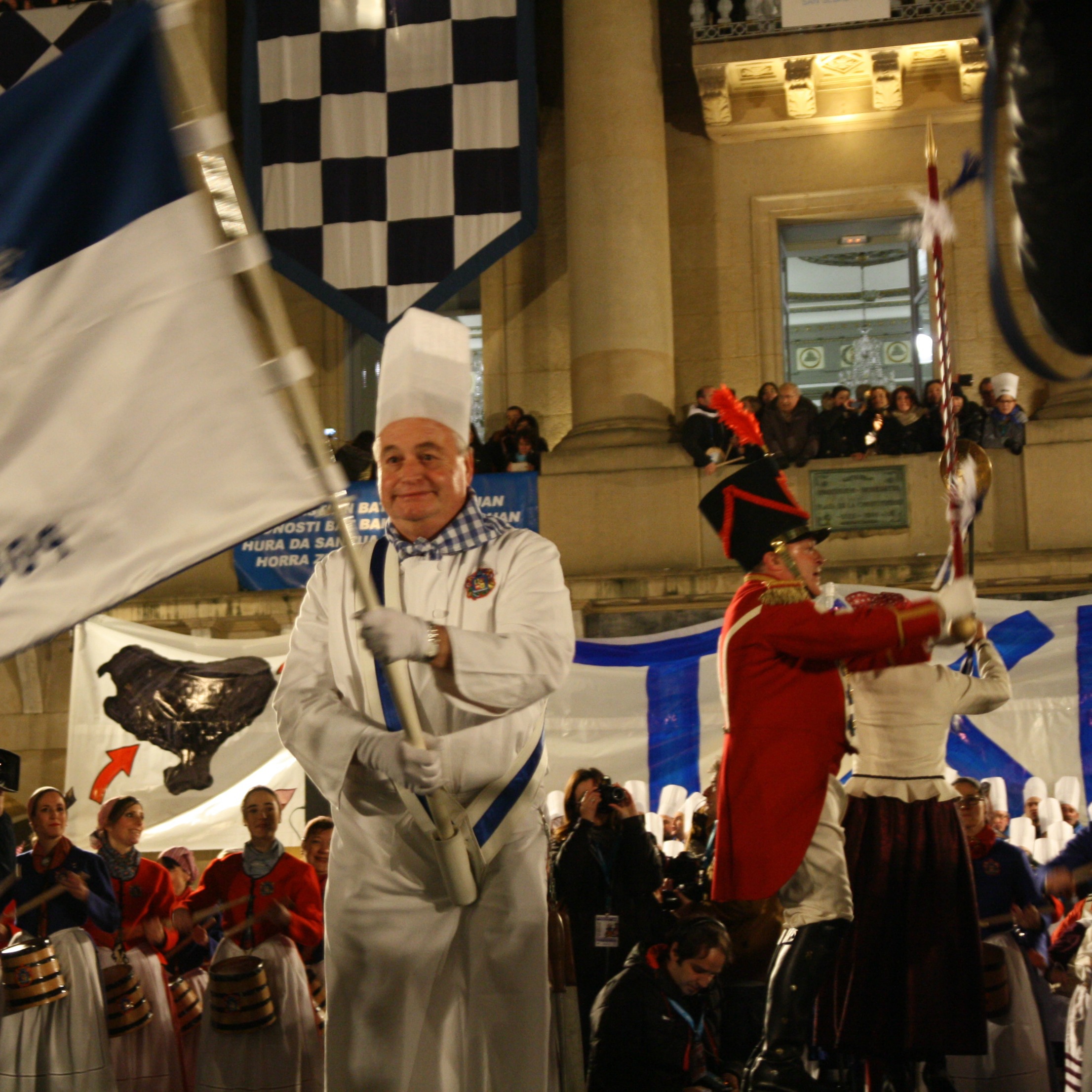 During the tamborrada, you’ll see two outfits: soldier and cook uniforms from 19th-century Napoleonic times. Drummers wearing both costumes perform together, with their respective costumes and drums telling an old San Seb story.

Given that locals typically wear traditional Basque clothes for other celebrations, these Napoleonic military and cook outfits are admittedly odd. To understand the tradition, you need to go back to 1813. That year, the city of San Sebastián was completely ransacked and burned by British forces (during what’s known as the Siege of San Sebastián). During those hard days of war, soldiers would march, playing drums, all along the Old Town from the fortifications on Mount Urgull. Locals started to mock them, using barrels and other items they could find instead of drums. So, today, there are two kinds of drum players on San Sebastián Day: some wearing elegant soldier uniforms and carrying proper drums; the others playing barrels and wearing cooks’ clothes.

The celebration is also the introduction to Carnival (very much celebrated all along the Basque Country, with many variations from village to village).

The anthem, called the March of San Sebastián, was composed by Raimundo Sarriegi in 1861 (one of the Old Town squares boasts his name, and the lyrics of the March are written on the square’s monument). The lyrics are by the writer Serafín Baroja, father of well-known Spanish literature writer Pío Baroja. There’s a lot of meaning to the song, but to appreciate it, you just need to remember its two main messages: there may be a Saint Sebastián in heaven, but Donostia (the city’s name in Basque), is only one — and it is on the Earth and it’s ours. San Sebastián Day is a time to celebrate the city, to forget your sorrows and be happy, and to join the party and dances — it’s not worth it to be sad. 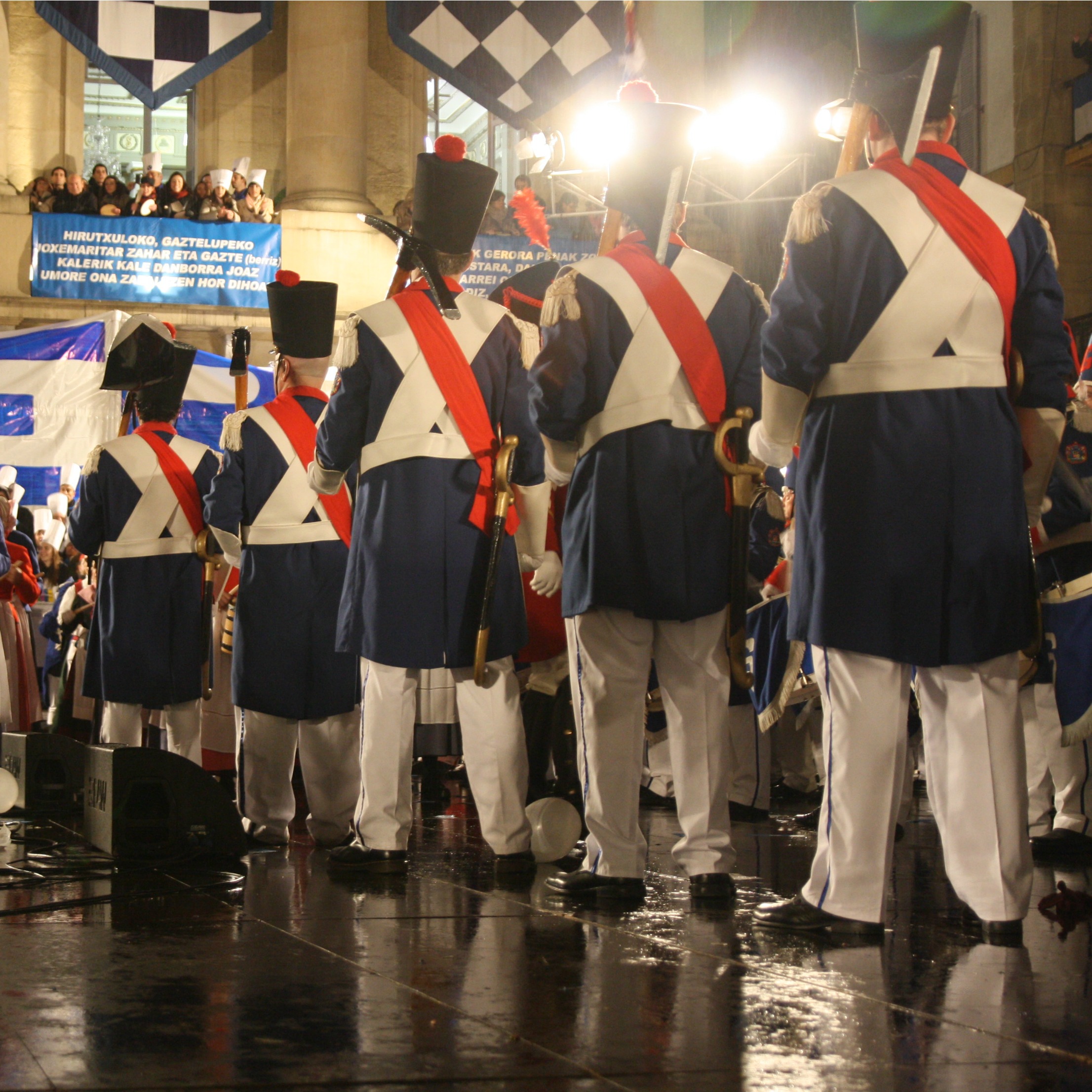 If you’re in San Sebastián during the winter months, don’t miss the opportunity to experience this day, when San Sebastián locals celebrate the joy of living in such a wonderful city.